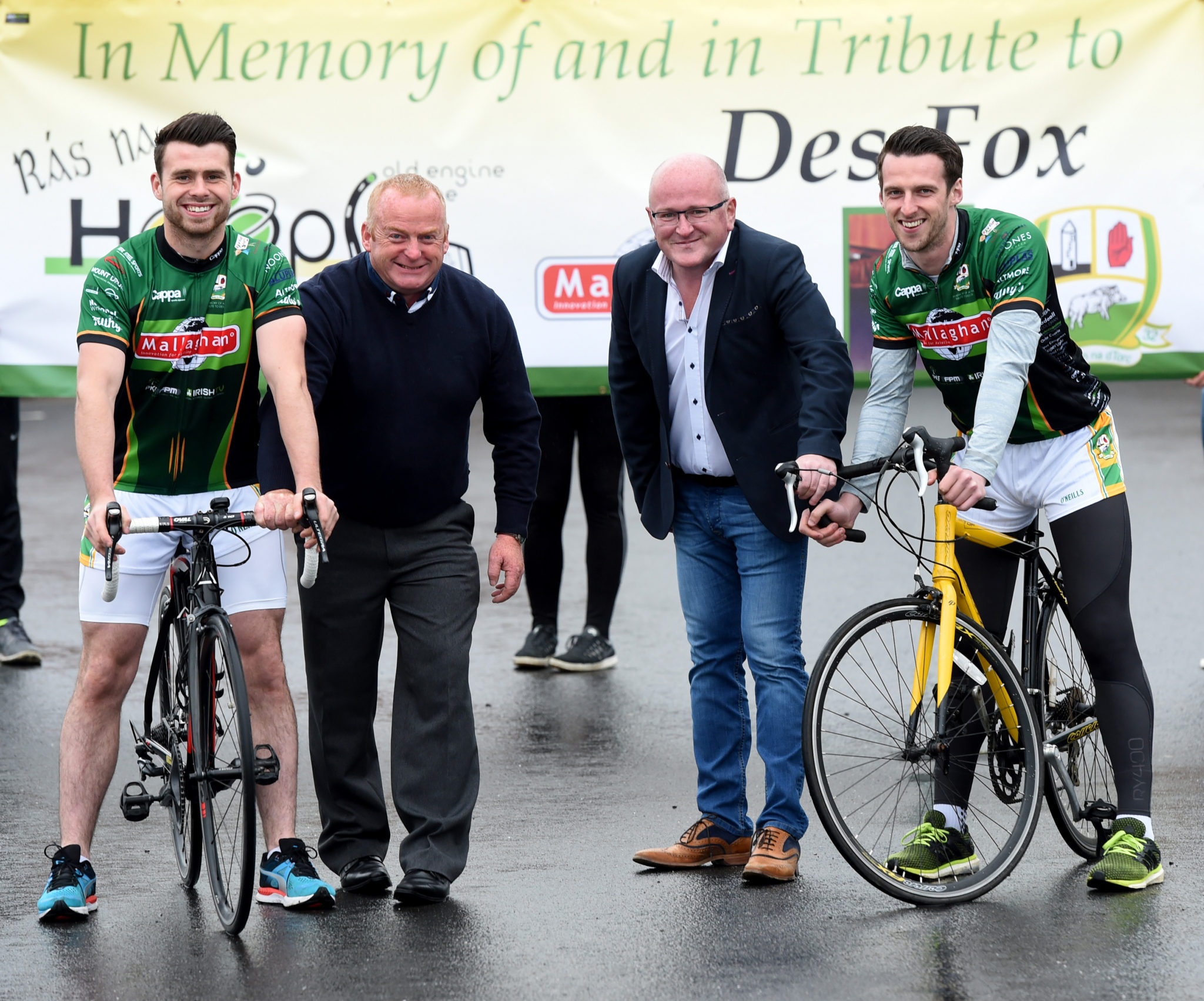 More than a hundred members of Edendork St Malachy’s GAC are to get on their bikes in memory of a dear friend and former club chairman. Des Fox died tragically in September 1990 when he was the victim of a violent robbery while on his way to a race meeting at the Curragh.

This weekend, club members will cycle to Edendork from the scene of Des’s sad passing at Prosperous, Co Kildare. The Ras na Hoops/Race of the Hoops cycling event will mark the 25th anniversary of a tragedy which devastated his family and robbed the Edendork club of an inspirational leader. At that time the club were going through some major developments including a new pitch and pavilion.

The new clubrooms were named the Des Fox pavilion in recognition of his contribution to the club during many years of dedication as a brilliant administrator and devoted member.
The club suffered a severe blow in November 2008 when the pavilion was destroyed in a sectarian arson attack.

Club members reacted defiantly by ensuring their facilities would rise from the ashes, and a new pavilion and dressing rooms were constructed in true GAA spirit, the Edendork club and the wider community responded magnificently, and after a number of fund-raising events, the new Des Fox Pavilion was opened and re-dedicated on 28th May 2011.

Although the Ras na Hoops event is part of ongoing fund-raising initiatives, it is timed to mark the 25th Anniversary of that tragic incident in Kildare. Present Chairman Martin Morgan is delighted at the interest in the event.

“Ras na Hoops has had an unbelievably positive effect on this community. It has brought people of all ages and backgrounds together,” he said. “With well over 100 cyclists taking part, this is a clear indication of the strength of community spirit in Edendork.

He continued: “The club has been overwhelmed by the support offered by all our sponsors. Local businesses recognise the importance of sport and community organisations, and we are extremely thankful for the encouragement and assistance they have provided.”

Highlighting the fact that the race begins in Prosperous, Co Kildare, club official Mick McGuckin added: “Dessie Fox had a huge impact on the growth and development of this club and in particular its youth for many years.

“As Chairman of Edendork GAC, he led the building of our new grounds and pavilion, which opened just a few months before his death in 1990. The loss of Dessie had a huge impact on us. “His legacy, however, lives on. This event, in his name, is testament to the values of courage, determination and belief that he personified.”

The cyclists will cover the 100 mile course over two days on Saturday 28th and Sunday 29th May 2016, with overnight accommodation being provided by Cremartin GFC, Co Monaghan. Meanwhile, Gardai have stressed that the hunt for the gang responsible for the death of Des Fox continues.