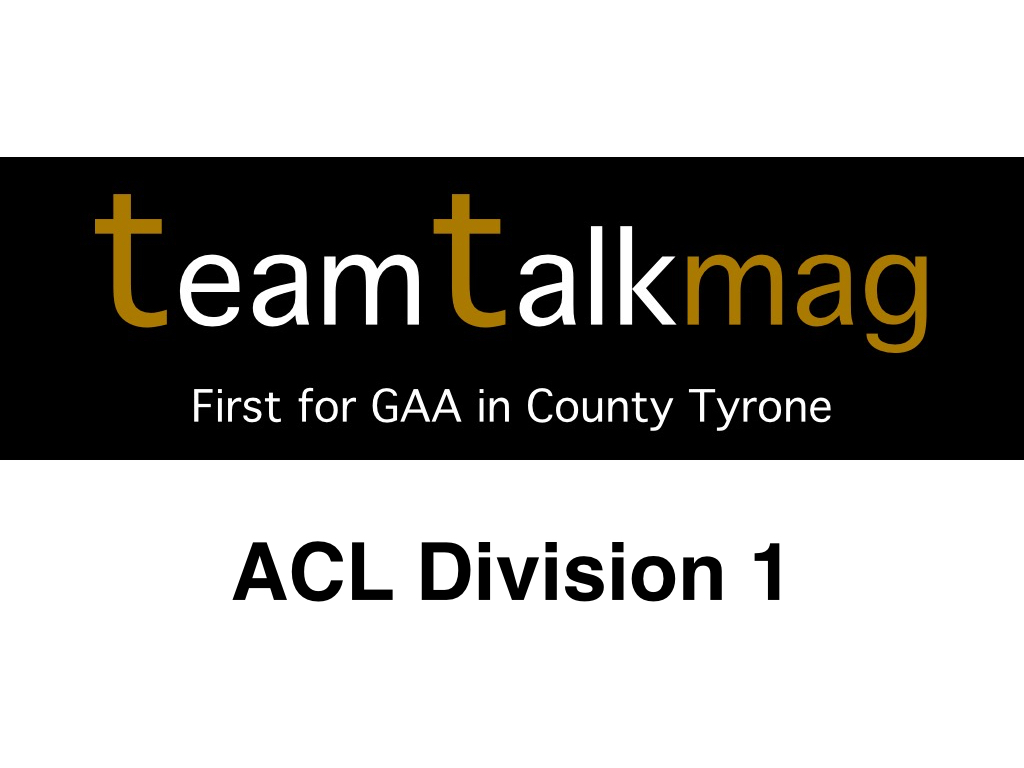 Trillick made it two wins out of two when they had the minimum to spare over Eglish at Donnelly Park.  Lee Brennan weighed in with half a dozen points for the St.Macartans with Mattie Donnelly and Niall Gormley also on the scoresheet. Sean McKillion and Ryan McKenna featured  among the points for the visitors.

Eoin McCusker and Colm McCrory got a goal in each half as Dromore secured their second win of the campaign at the expense of Strabane. Peter Teague and Ruairi Sludden were among the points for the St.Dympnas while Eamon Dudgeon got the Sigersons’ goal.

Killyclogher have also maximum points after winning at Edendork. Tomas Flanagan got the St.Marys goal with Mark Bradley hitting six points. Conn Kilpatrick and Stephen Gervin were among the points for the St.Malachys with Daire Conway finding the net late on.

Carrickmore collected their first points of the season with a fine win at Omagh. Conor Gormley, Martin Penrose and Oisin McElroy got points for the St.Colmcilles with Barry Daly bagging the only goal of the game. Ronan O’Neill kicked six points for the hosts with Conan Grugan and Michael Flanagan scoring as well.

Augher are another side who got off the mark after seeing off the challenge of Kildress at Father Hackett Park. Daire Kavanagh, Dara Donnelly, Eoin Keenan, Des Treacy and Frank McGurk had points for their respective teams with Damian Kelly getting the only goal of the game.

Ardboe proved too strong for Galbally at Pearse Park. David Mulgrew, Nishy O’Neill and Michael O’Neill scored 0-10 between them for the Rossas with Liam Rafferty and Aidan O’Hagan getting the goals for the home side.

Tommy Canavan got the only goal of the game while Davy Harte, Darren Canavan and Ronan McRory all got points as Errigal Ciaran recorded a good win away to Coalisland. Plunkett Kane and Cormac O’Hagan had points for the Fianna.

Clonoe were emphatic winners over Greencastle at Garvaghey. Danny McNulty and Connor McAliskey were the O’Rahillys goal scorers with Paul Coney and Fintan McClure getting their names on the scoresheet as well. Cahir McCullagh and Christopher Gillen got 0-7 between them for the St.Patricks.