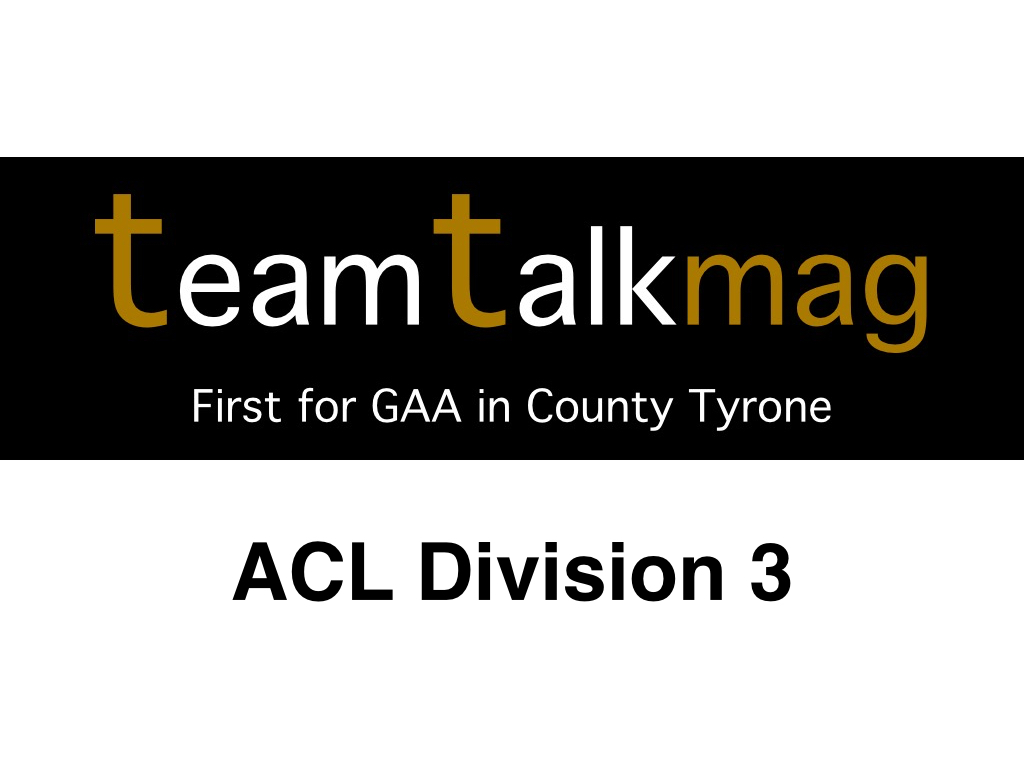 Dregish got the new season off to a winning start defeating Killyman by six points. There was little in it at the break with the Pearse Ogs leading 1-4 to 0-4 but facing a stiff breeze in the second half. However they showed considerable resolve to come back from six points down at one stage in the second half to win. Aidan O’Kane (3), Niall O’Kane (4), Cathal Rodgers (2-1), Barry Devenney (1-1) and Tony Quinn (2) were all on target for the winners. Killyman will wonder how they let this one slip but a second half red card with eight minutes remaining cost them dearly. Enda Mc Gahan (3), Mickey Donnelly (1-2) and Niall Mc Alinden (2) provided most of the Killyman scoring threat.

Eoghan Donaghy [1-2], Shane Mallon [6] and John McMullan [5] were all in fine scoring form as Killeeshil got off to a winning start on their return to division three at St.Marys Park against Fintona. Aaron McCarney landed half a dozen points for the Pearses with Tommy McGrath weighing in with 1-2 and Sean Montieth and Nathan Deane getting their other goals.

Aidan McGarrity scored 1-8, Ryan Crilly got a goal and Eamon Ward a couple of points as Rock began their quest for a quick return to division two with a win over Clann na Gael. Michael O’Neill weighed in with 1-6 for the visitors with Danny Ball also on target.

Niall Owens and Eddie Molloy scored four points each but they couldn’t prevent Clogher from taking the spoils on their travels with the minimum to spare. Clogher found themselves 0-8 to 0-3 down at the break but turned things round in the second half to take the points. Second half goals from Ryan Mc Caughey and sub Jamie Callaghan helped the Eire Ogs over the line. Sean Doherty, Sean Mc Caffrey,  Gareth Mc Kenna, Ciaran Shields, Emmet Mc Connell and Sean Mc Caffrey all made positive contributions to this opening day win.

Cathal McShane hit five points with Seamus Dooher getting their goal but Owen Roes were beaten on their trip to Castlederg. Once again Mark Corry (8) was in fine scoring form for the winners but credit also to Jack Ramsey, John Harvey, Niall Gallen, Sean Harper, Caolan Harvey and Stefan Gallen who all contributed significantly in what was a fine team display.

Eamon Teague, Liam Patterson and Matthew Walsh were on the scoresheet for Drumquin but they were well beaten away to Tattyreagh. Tattyreagh will be hoping to build on last year and with James Darcy (1-3), Johnny Harkin (1-2), Duncan Hyndman (1-1) in goal-scoring form Drumquin were up against it. Robert Porter and Eoghan Murray hit half a dozen points between them as the Tatts made a winning start to the new season.

Brocagh had Ciaran Donnelly to thank this afternoon as his late 45 metre kick helped them to secure a point in Clanabogan.  Shane Cleary kicked five points for Durmragh while Tommy Mullin, Benny Drumm and Martin Taggart were also on the scoresheet.  Ciaran Donnelly slotted four points for Brocagh over the hour with Mickey Hughes, Mel Scullion and Cathal Donnelly also adding scores for Brocagh.  Final Score – Drumragh 0-9 Brocagh 0-9

Glenelly got their division three campaign off to the perfect start with a 2-11 to 1-9 win over Errigal Ciaran Thirds on Saturday. Seamus Harkin and Ronan O’ Kane got their goals with Colm Hicks, O’Kane and Barry McConnell supplying points. Dara Tierney got the Dunmoyle based men’s goal with Jarlath Harte scoring a number of points.  Final Score – Errigal Ciaran 1-9 Glenelly 2-11