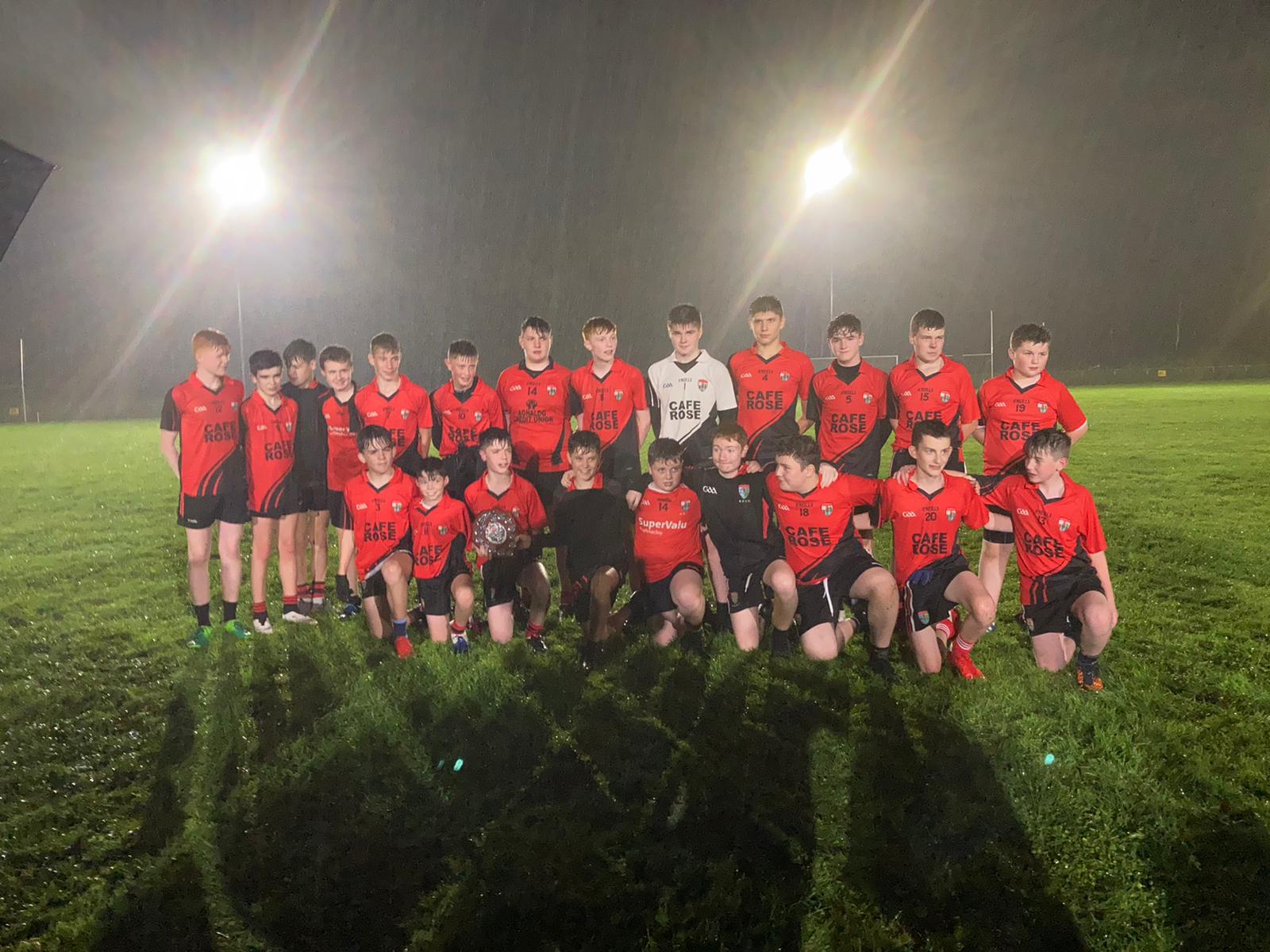 Aghaloo had the minimum to spare over Stewartstown on Monday evening in Augher to claim the grade 4 U15 Championship crown.

It was the Harps who had the better of the exchanges in the first half as they established a 0-6 to 0-4 lead with the help of points from Ryan Biggs, Michael Hughes, Jude Lowe and Joe Wylie; Conor Quinn, Darren McAnespie and Shane Treacy on target for the winners.

Harry McGinn and Ciaran Hughes had early second half points but going into the third quarter it was Stewartstown who just had their noses in front thanks to efforts from Michael Hughes and Lowe. Dylan Mullen then sent over the equaliser before McGinn got the crucial scores to win the day for Aghaloo.