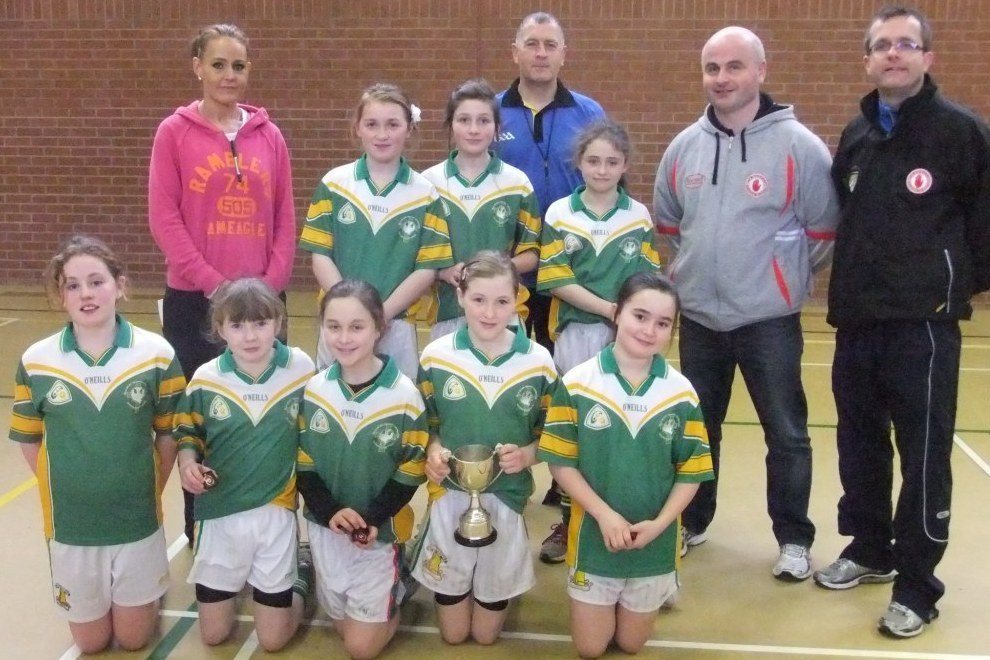 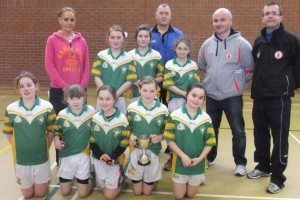 The 5 heat winners of the Allianz Cumann na mBunscol Girls’ Indoor Football competition took place recently at Omagh Station Centre. St John’s PS, Kingsisland. St Patrick’s PS, Dungannon, St Patrick’s PS, Castlederg, St Columbkille’s PS, Carrickmore and St Mary’s PS, Cabragh had all won their local heats and now gathered to decide where the Tyrone title was going to rest for the year. Also At stake was the right to represent Tyrone at the Ulster Finals to be staged at Cookstown on April 25th.
A very high standard of football was on display as the round robin competition, organised by Mickey Quinn (Allianz Cumann na mBunscol) and refereed by Stevie McNamee, resulted in the girls from Carrickmore winning all their matches and therefore retaining the title they won last year. They were closely followed by Cabragh with Dungannon in third place. Almost 40 primary schools entered this competition, highlighting the popularity of the sport across Tyrone. All of the schools will now wish the Carrickmore girls the very best as they attempt to capture the Ulster title next month. 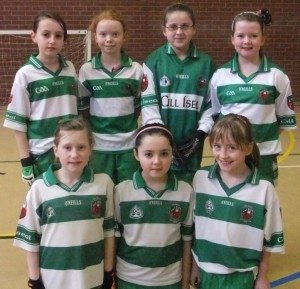