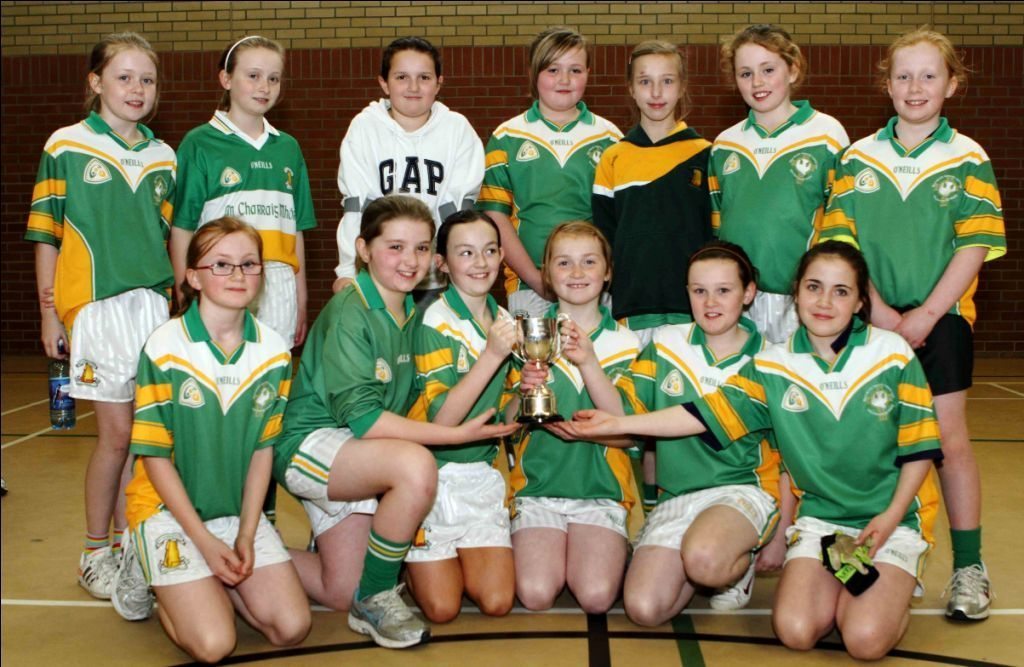 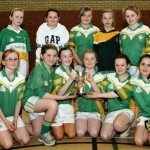 After a round robin competition of 10 matches in total, St Patrick’s PS, Castlederg narrowly defeated St Mary’s PS Cabragh 4 – 3 in the last fixture to set up a play off with St Columbkilles PS, Carrickmore. However in a fantastic final, St Columbkille’s won out, scoring 2 late goals to defeat S t Patrick’s Castlederg 4 – 2.

It is a fantastic achievement by the Carrickmore school who have added this title to the other two titles already won this year by their male counterparts who were successful in their Indoor competitions in both Football and Hurling.

Congratulations to all the girls who contributed to the high standard of play and competition and thanks to our match referee.  Stephen McNamee.

Pictured are the victorious Carrickmore Girls with the Cup.