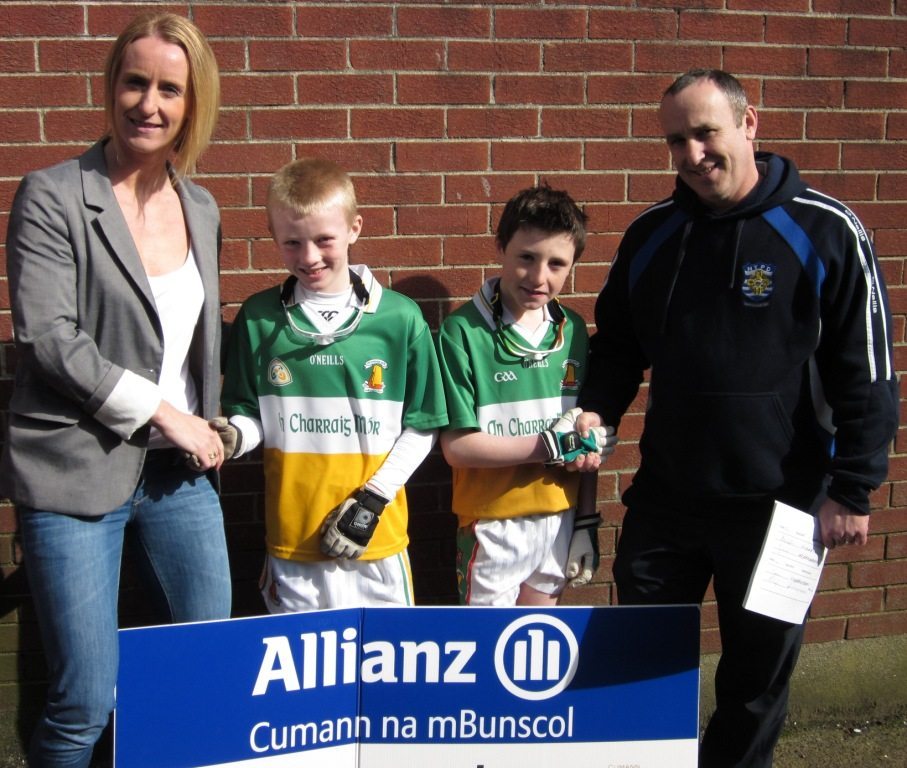 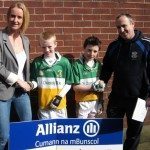 Well done to the Tyrone pupils who were winners at the Ulster Finals of the Allianz Handball Competition which was held in Belfast on Saturday.

Cormac Munroe & Lorcan McBride, St Columbkille’s PS, Carrickmore were victorious  in the U 11 Boys’ Doubles  while the winners of the U 11 Girls Doubles were Eimear Kerr and Elizabeth McGarvey, pupils at Drumduff Primary School, Omagh.

Well done to all!  You did your county proud.

Included in the picture are Cormac and Lorcan from St Columbkilles PS with Fiona Shannon (World Champion 2009) presenting the medals and Pat McManus, referee for the day