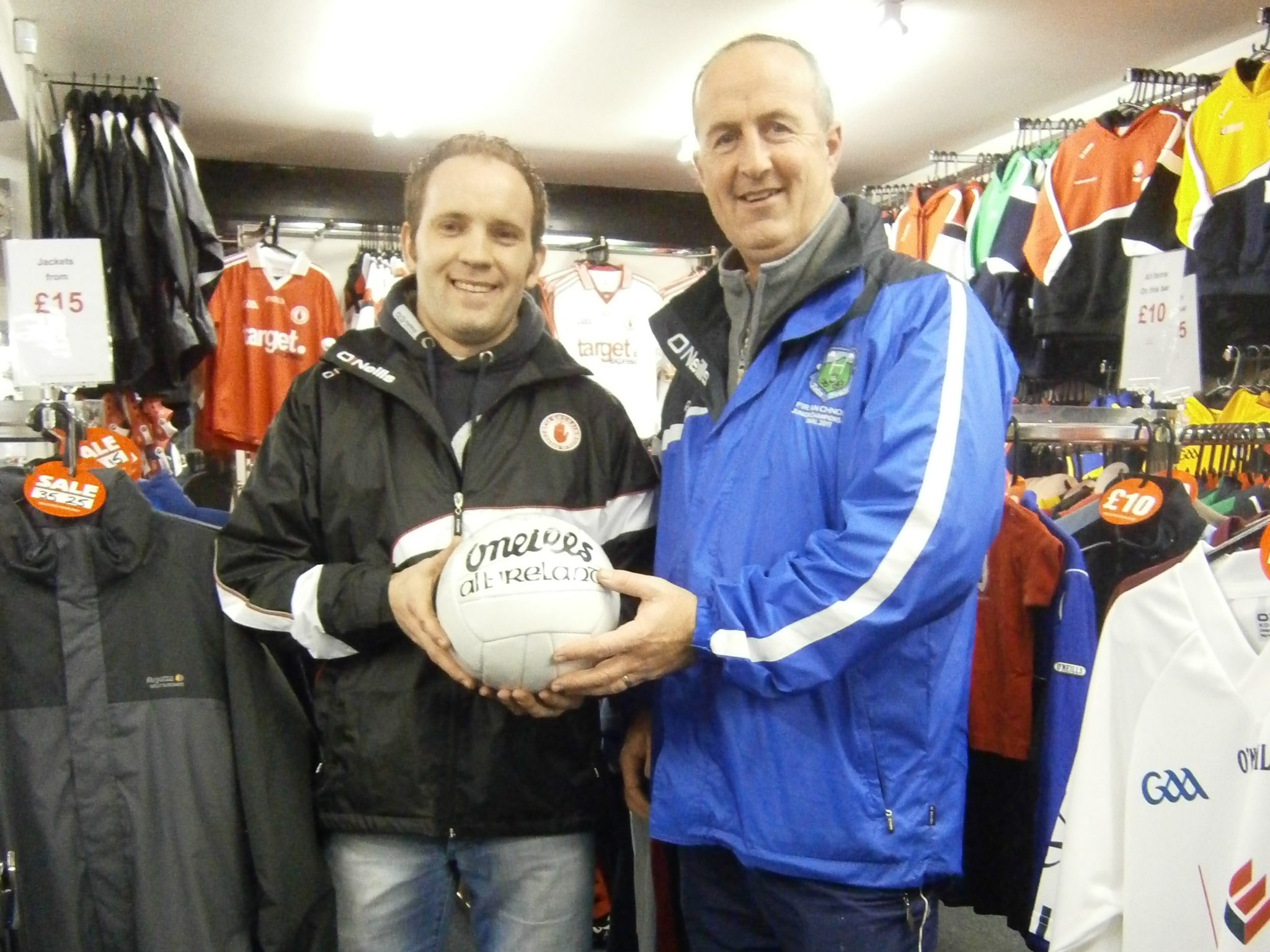 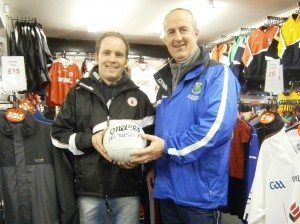 Renowned GAA store Begley’s Sports, Dungannon, have added their support to the Derrytresk All-Ireland Junior Championship bid with the donation recently of six new O’Neill’s footballs to aid the club’s training preparations for their semi-final game on 22nd January. Derrytresk will face Dromid Pearses of Kerry and their talisman and Kerry senior star, Declan O’Sullivan, in O’Moore Park, Portlaoise in just over two weeks time. Darragh Begley presented the footballs to Derrytresk joint manager Paul Hughes and commented that the family business was delighted to be able to assist the Tyrone Junior Champions in any way they could before the big game. Darragh also complimented the club on having achieved so much in a real landmark season for the team and the entire area and wished Derrytresk well as they prepare to represent Tyrone and Ulster in the All-Ireland series.

Joint manager of Derrytresk, Paul Hughes, was very grateful for and delighted with the support offered by Begley’s and paid tribute to the support they have given Tyrone GAA over many years. He commented that Begley’s Sports is synonymous with GAA across the province and their willingness to support Derrytresk, he felt, was evidence of their commitment to all levels of GAA in Tyrone and beyond. Hughes also paid tribute to the support his club has received from other clubs and businesses during their Championship run. St Patrick’s Donaghmore, Stewartstown Harps and and Coalisland Fianna, he explained have been very generous with the use of their floodlit facilities for training, Quinn’s Corner had a complimentary meal for the team,  while other local businesses have also made financial donations but wished to remain anonymous. The support of Begley’s Sports he felt was further evidence of the very generous support given by the entire GAA family in Tyrone to the county’s representatives on the national stage.

The Derrytresk semi-final will be played as part of a double header with Derry intermediate champions Craigbane in O’Moore Park Portlaoise on Sunday 22nd January, with the Tyrone side due to get underway at 2.00pm. Looking forward to the game Hughes acknowledged that Derrytresk would need all the support they can muster for the All-Ireland semi-final as Dromid appear to be a very well organised and hard working team with the added bonus of the exceptional Declan O’Sullivan in their ranks. He pointed out that Derrytresk would again seek to represent their home area well but would work hard also to represent both Tyrone and Ulster to the best of their ability in the quest to reach Croke Park for the All-Ireland Club Junior Final.