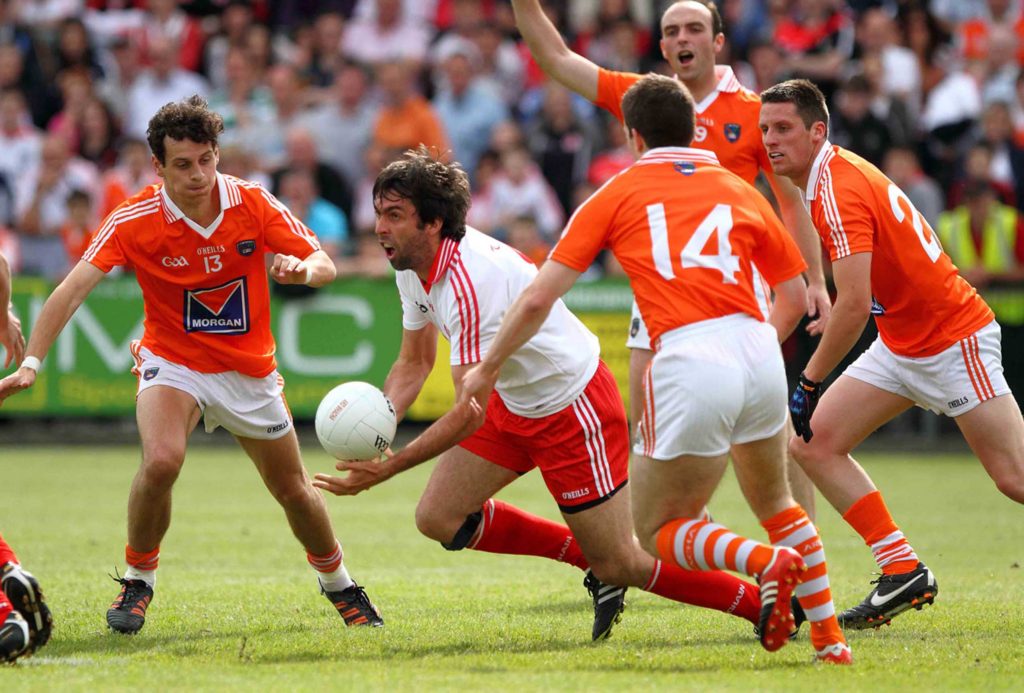 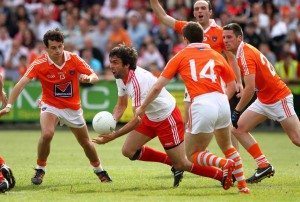 The Sunday Game chose Martin Penrose as man of the match and few would argue against that after his eight point return. The diminutive Penrose produced a high octane all action display as he once again covered every inch of the park and was almost flawless with his free taking. While not in any way taking away from Penrose he must have been pushed all the way by Tyrone’s mister versatile Joe Mc Mahon.
The big Omagh man was the centre of attention after the game as the press men sought his views on the match. Starting in the middle of the park Joe was heavily involved in much of Tyrone’s attacking play while at the same time provided additional cover when it was required at the back. As usual his distribution and composure on the ball were top quality and not once during the first half did he look troubled or under pressure in possession. Along with Colm Cavanagh he gave Tyrone an edge at midfield and helped ensure a steady supply of good ball went into our forward line.
However he found himself moved to the full back position after the break as a result of an injury to his brother Justin. The biggest challenge he faced there came when Armagh threw on John Kingham and the two big men made a real battle of it. Armagh went route one which actually suited Tyrone and Joe in particular as he showed all his guile and physical strength to repel everything that came his way. Joe’s defensive performance had a very settling and inspiring effect on the young players around him and helped see Tyrone through to the provincial semi final. He may not have won any personal awards in the Athletic Grounds but his stock among Tyrone supporters continues to grow.