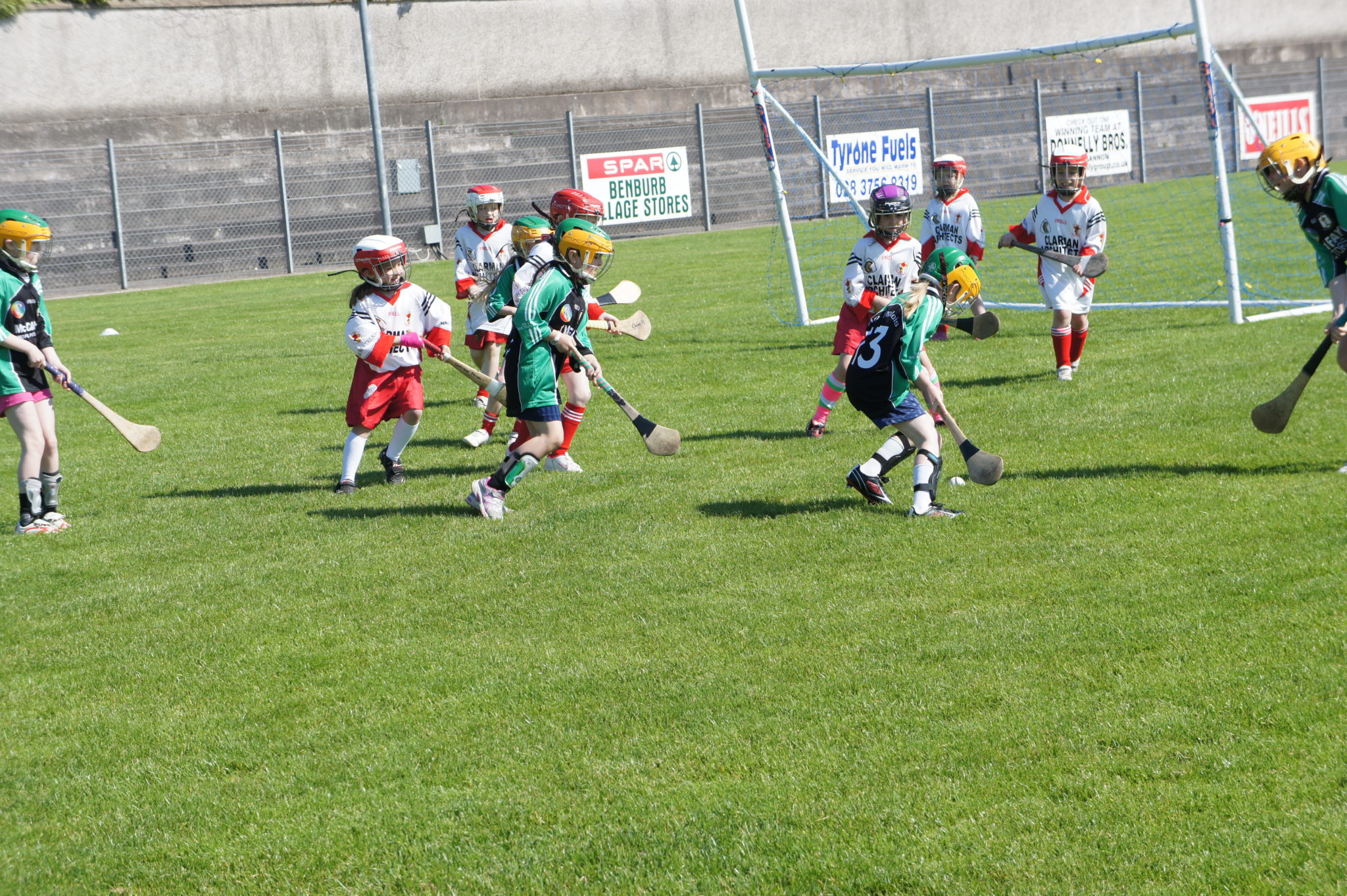 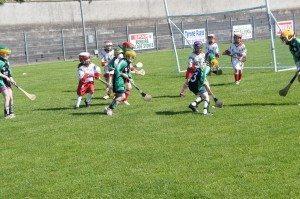 The junior members of the camogie clubs have grabbed the limelight over this past week throughout Tyrone. The Championship matches for the Post Primary teams threw up some excellent skill levels. There were narrow victories for Father Shields and Eglish and the two matches were only decided by a couple of scores. The under 14s will take centre stage when their championship continues this week and last year’s winners Edendork will be hosted by Doiretreasc in what is sure be a close match. Last year’s beaten finalists Eglish will host a talented Derrylaughan side while Moortown will entertain Father Shields.

On Saturday the first of the summer’s Go Games Blitz’s took place at Eglish. This year the young camogs were privileged to be part of the Páirc Chormaic celebrations which was included in the festivities around Eglish all weekend. The games were geared towards under 10’s, under 8’s and under 6’s and the turnout was exceptional. The majority of the clubs descended on Eglish with all the proud parents in tow. The games were a major success and the weather didn’t disappoint either. Every club had a minimum of four games each and some clubs merged their teams to get extra games. The girls were treated at the end to free drinks and snacks and the parents were catered for also. A massive thanks to Eglish and all the referees who helped make the day very entertaining. Leona Gallagher must take credit for the well planned event that had the players and parents buzzing with excitement. There will be further Blitzes throughout the year and hopefully they will be just as well attended and exciting for the young camogs.

The senior Tyrone team will continue their training sessions on Tuesday evenings and there will be a possible friendly match for next Sunday. All clubs are reminded to encourage their players to attend all sessions as there will be a series of Championship matches beginning at the end of June. There was some unfortunate injury news when it was revealed that Ciara Rocks will be out for the season with a recurring injury and we wish her a speedy recovery.