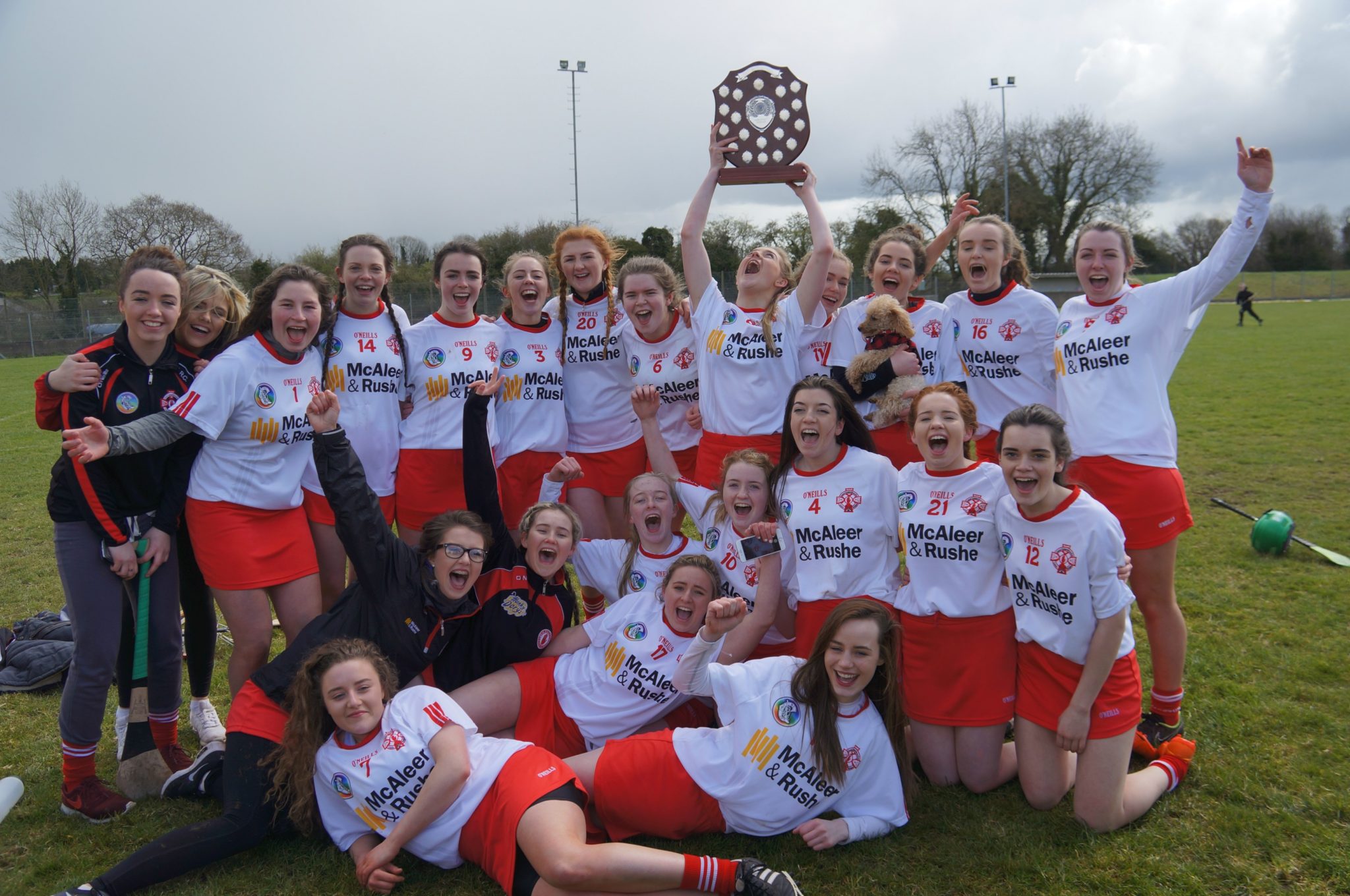 Tyrone minors welcomed Monaghan to Eglish on Saturday for the All Ireland Minor C Shield Final. The weather was more akin to a winter’s afternoon than a spring one with snow, hail, showers and a splash of sunshine.

The Red Hands got off to a flyer when Roisin McErlean broke free and went one on one with the goalkeeper to take her first goal of the game with ease. Monaghan responded with a point from a free just in front of goals as Eileen Cullen stroked the sliotar over the bar. 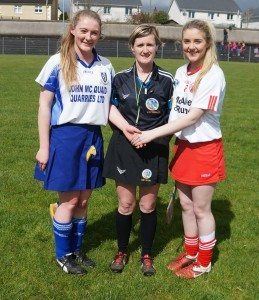 Tyrone were guilty of conceding a lot of frees in dangerous positions and Cullen made them pay with another easy point. Monaghan could have gone level with another free soon after but the ball drifted narrowly wide.

The tackling from both sides was fierce and a lapse of judgement from the influential Monaghan captain Hannah McSkeane resulted in the referee producing a red card following a foul on Ronan Mallon on the fifteen minute mark. Up to that point the game had been a fairly even contest but the visitors were soon to pay as Mallon took her first point of the game by way of a 45 metre free.

Tyrone were now doing all the pressing and McErlean added another point to her tally soon afterwards. Niamh Forker was ever present in and around the midfield and she took a brilliant point to extend Tyrone lead with twenty minutes gone. An exceptional interchange of play between Catherine Muldoon and Amy Barrett gave Barrett her first point. Monaghan kept pressing nonetheless and Orla Coyle was at her best to rebut the visitors advance. A free for Cullen ended the half.

A strong wind blew across the pitch as the players took to the field for the second half. There didn’t appear to be much between the sides in the opening exchanges as both teams fought for every ball.

Casey Gallagher was then introduced into the forward line for Tyrone. A lot of the play was concentrated around the centre of the field before clever play from the Farney girls Monaghan secured the breakthrough they needed as Eimear McKenna managed a shot on goals and the ball trickled over the goal line. That left just two points between the sides with fifteen minutes gone.

Tyrone responded well to that setback and almost immediately Forker took a brilliant goal. The score of the game then came from Gallagher as she sent the sliotar over the bar from an outrageous angle.

Monaghan were clearly tiring and the last fifteen minutes were comfortable for Tyrone and a series of points form McErlean, Mallon, Mulddon and Morgan followed.

A well worked move involving Gallagher and Muldoon resulted in the final goal of the game to leave  the score board reading Tyrone 3-12 Monaghan 1-3.

Ulster Chairperson Kathleen Woods presented the All Ireland Shield  to the Tyrone captain Aoife Morgan. Niamh Forker for Tyrone was awarded Player of the match.