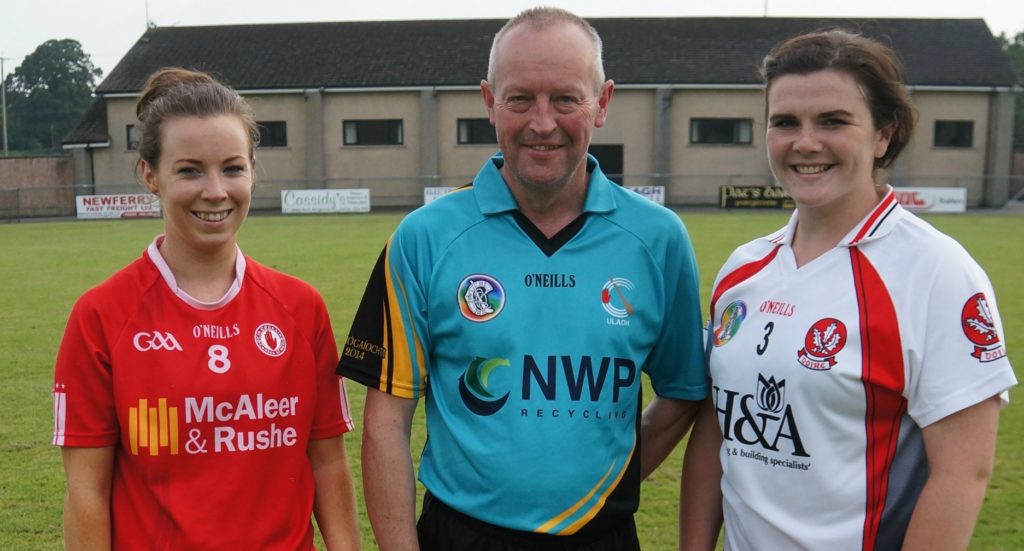 The county seniors played their first game in the NWP Recycling Ulster Intermediate championship against Derry II’s the ground of Bellaghy Wolfe Tones on Friday evening. The format this year is a round robin with Antrim II’s the other team in the competition.

It was Derry who got on the scoreboard first with a well taken point from open play. Tyrone captain Emma McAliskey was dominating the middle of the park and a free from the tightest of angles gave her a deserved point on the five minute mark.

The home side were doing all the pressing and the Tyrone backline was being forced to work overtime to clear their lines. A breakaway gave Aisling Jordan her first point on ten minutes and McAliskey added another free shortly after to extend the Red Hands lead.

Tyrone were winning a lot of 50 /50 balls in midfield and McAliskey was able to take a point from a superb pass from Sally McDonald. The Tyrone defence however was still having to deal with a wave of Derry attackers who clawed a point back for the home side. Laurissa O’Neill in the Tyrone forward line then extended their lead with a tenacious effort which hit the back of the net.

Emma McErlean on the wing for Tyrone was rewarded for her speed and accuracy with a point with two minutes remaining on the clock. Almost immediately McAliskey increased her tally with another point from 50 metres. A well worked move from Áine Donnelly and Oonagh O’Neill gave Jordan her final point of the half.

The second half had barely got under way when Derry pointed almost immediately. All the 50/50 balls now seemed to favour the home side and within five minutes a scrambled goal narrowed the deficit further.

The next five minutes proved decisive as Derry scored another goal and four points to take a narrow lead. It took twenty one minutes on the clock before Tyrone scored their first point of the second half when McAliskey took a point from a 45 metre free.

Another couple of wides from Tyrone would prove costly but points from Jordan and McDonald levelled the game with only a minute on the clock. It was Derry however with fresh legs on the field who mustered one last attack and with that point the game ended.

Tyrone will now need to beat Antrim II’s on Friday 17th June to have any chance of progressing to the final. 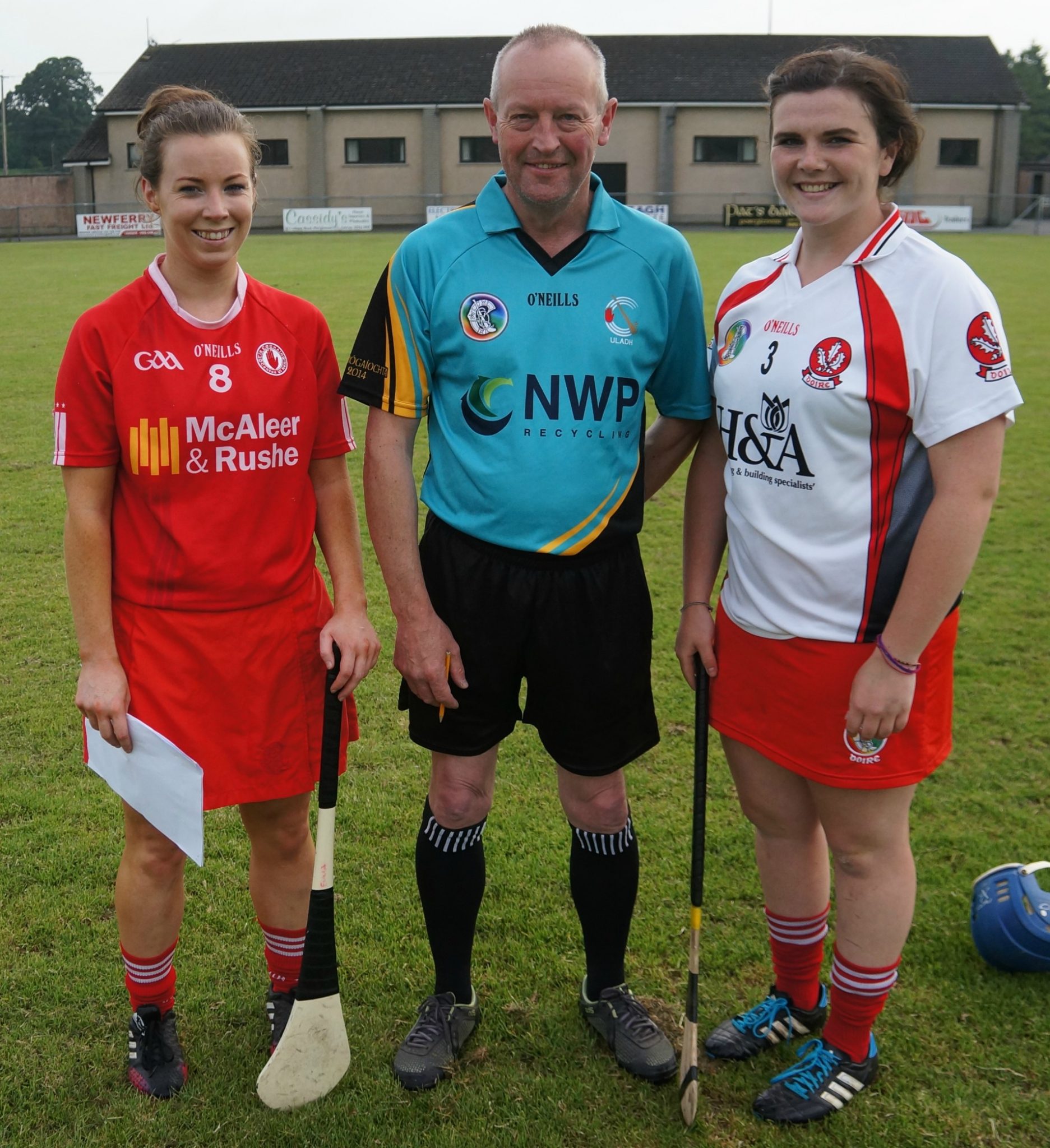