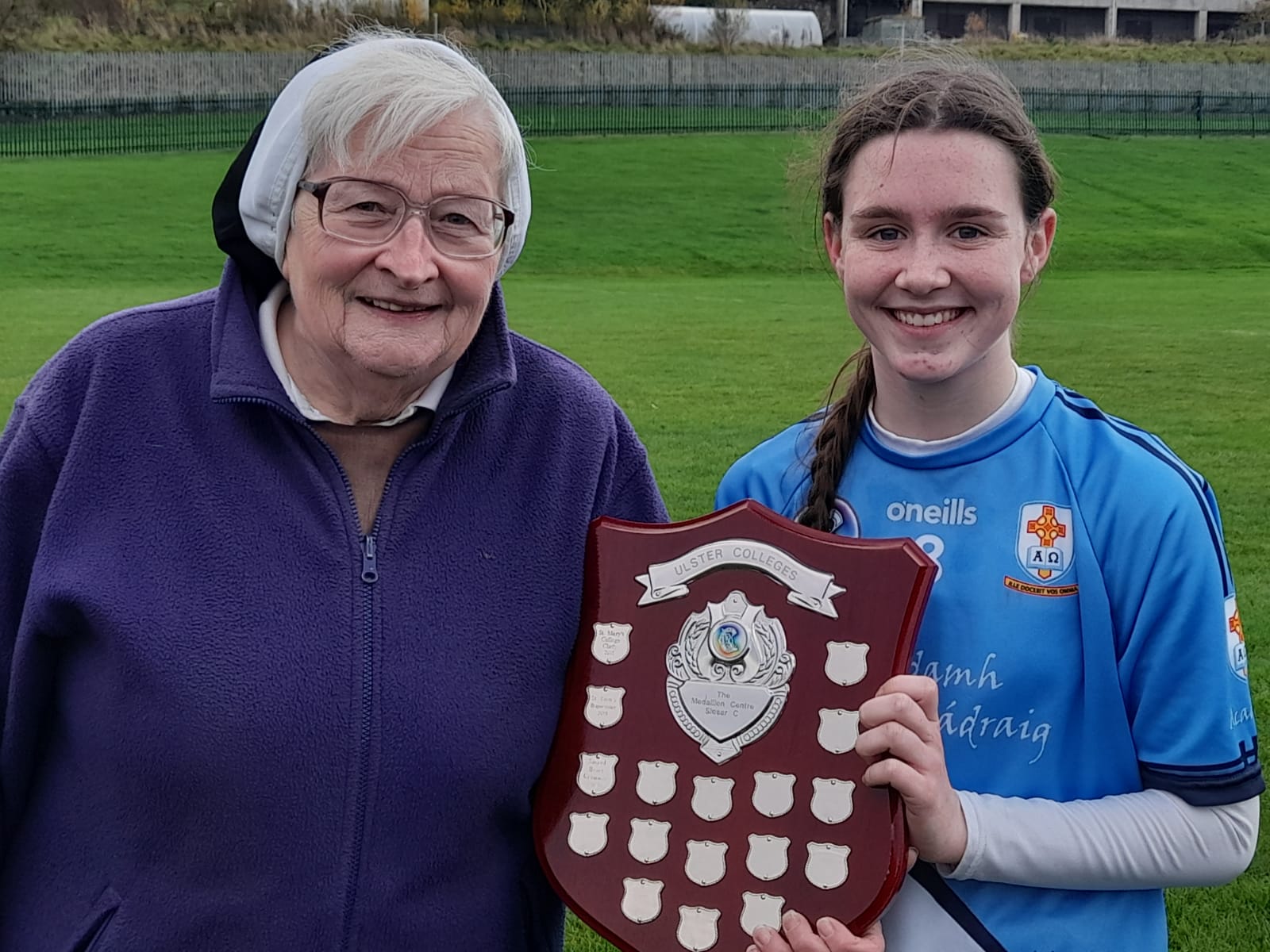 ST PATRICK’S Academy Dungannon picked up Ulster Schools’ Junior Medallion Shield for
the very first time in Armagh yesterday after leading the holders Sacred Heart Newry from
pillar to post in the final.

Captain and free-taker Emma Holmes hit the first two of her six points during the opening
five minutes and cousins Eva (2) and Orla Cullen added three more points as the Academy
built up an interval lead of 0-6 to 0-1.

While the eventual winners could have been further ahead, Sacred Heart also squandered
chances throughout the game. Their defence worked well with Grace Clancy and Eimear
McAvoy strong, but only Orla Crimmons up front looked capable of causing the Academy
any real problems.

Crimmins scored their only point of the opening half and added another on the re-start, but
Holmes hit three frees in a row and the Academy were in control at 0-9 to 0-2 by the second
water-break.

There was a slight hiccup for the winners when Emer Smyth fired in an excellent goal in the fifty second
minute, but Catherine Moohan popped over the score of the game in reply and the Academy went on to
take the title with Holmes, Moohan, Olivia McGuinness and the Cullen cousins always
prominent.