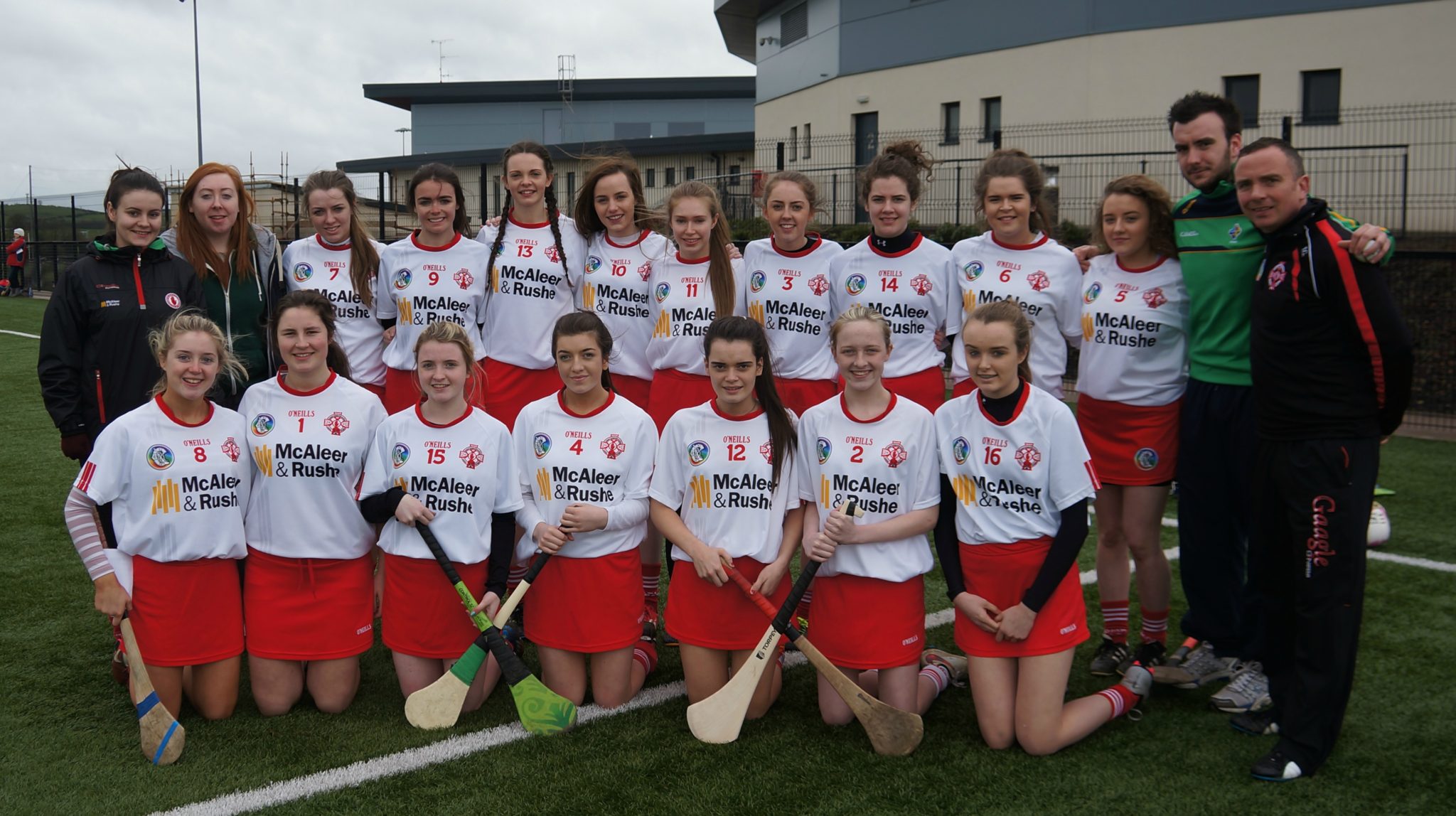 The Tyrone minor camogs had home advantage on Saturday as they welcomed Wicklow to Garvaghey. It was their final game in the league stage of the All Ireland Minor Shield C where a win would have seen them secure a place in the final.

The Red Hands got off to a blistering start when Catherine Muldoon took two early points within the first five minutes. Wickow’s first attack on goals was effortlessly dealt with by Aisling McLaughlin. Tyrone applied solid and sustained pressure for the next five minutes and Muldoon was rewarded with her first goal.  Wicklow showed they had some pace of their own and Erynn O’Brien took their first point shortly afterwards. The hen began to turn as the wind and rain became relentless.

O’Brien doubled her tally for the game from a free to cut the deficit to three points. Tyrone then found another gear and the scores flowed with ease. Muldoon was unstoppable up front as she made a telling pass to Kira Donnelly who found the back of the net in a well worked move. Roisin McErlean took her first point of the game with a free with minutes of the half remaining. Niamh Forker then added a point and the Muldoon netted another goal at the end of the half. Half Time Tyrone 3-4 Wicklow 0-2.

The bad weather eased as the teams took to the field at the start of the second half. Tyrone pressed forward almost immediately with instant success as two points were scored within first two minutes. Wicklow had some decent passages of play however Rona Mallon and Niamh Coyle looked very assured in and around the middle of the park. Muldoon then turned on the style as she rounded three players and scored a superb goal. Forker and McErlean added another two points with only ten minutes gone in the half.

Wicklow did have a few chances to score but a tight Tyrone defence meant only their wide count was rising. Casey Gallagher and Orla Donnelly were then introduced with twenty minutes remaining.  Wicklow added a little respectability to their scorecard with a goal from Anneliese Dunne as they tried to push forward. However it  was all in vain as Tyrone took three more points within the next five minutes.

Gallagher who had just come on for the Red Hands showed her determination and skill with a superb goal from a parry from the Wicklow goal keeper. Gallagher soon afterwards picked out the game’s top scorer Muldoon and she added another point. It was Gallagher who took Tyrone’s final score of the game with an excellent point from open play to end the game.

Tyrone will now play Monaghan in the final on Saturday 16th April as they beat Donegal in their final game on Saturday.