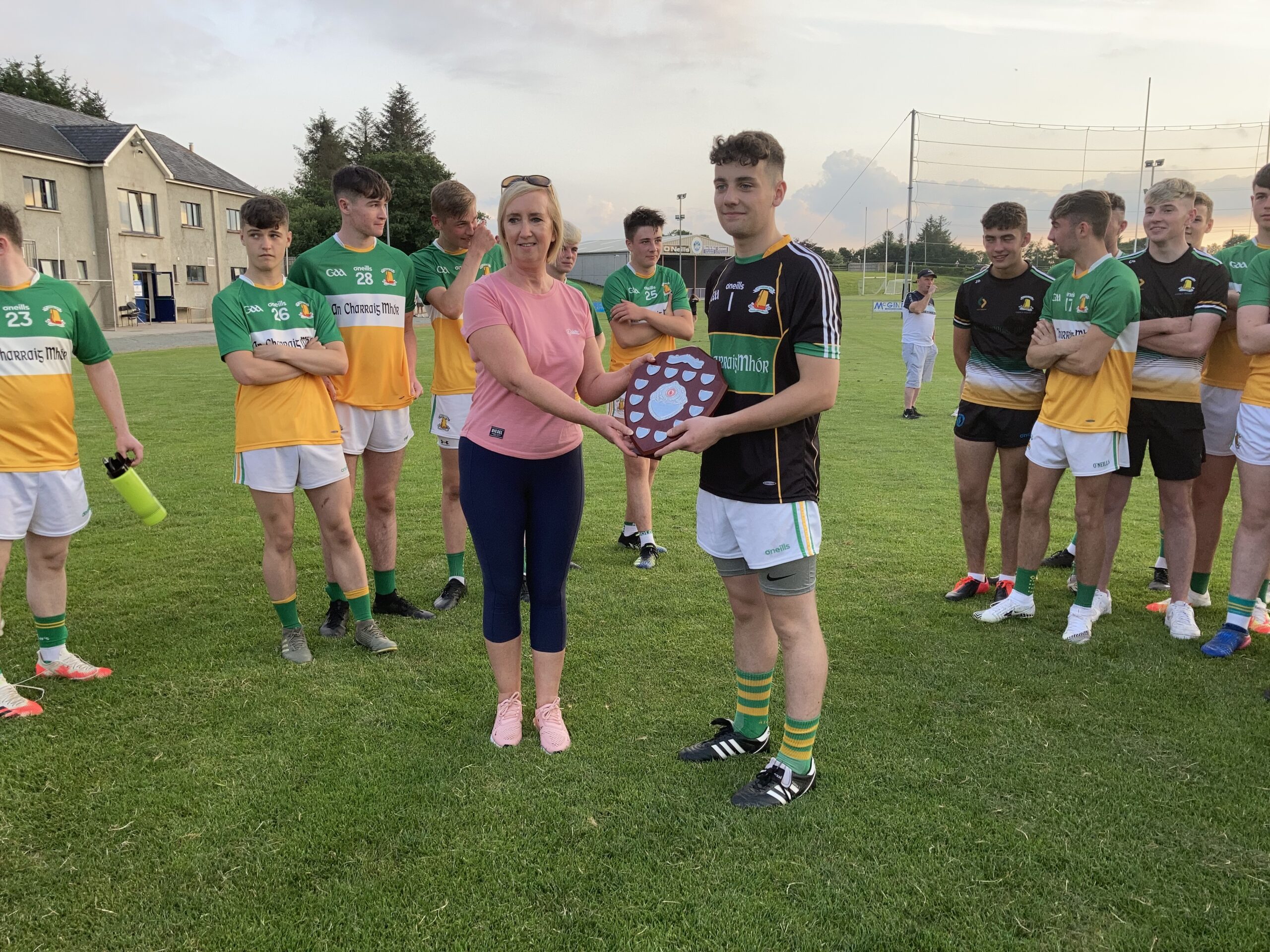 Carrickmore and Omagh, in association with E Quinn contracts, served up a cracker of an under 19 league final at Killyclogher on Monday night before the Carmen lads claimed the title on a 3-14 to 3-12 score.This was a high quality game between two well drilled and evenly matched sides that ebbed and flowed throughout the course of the hour.

Carrickmore bounced back with points from Danny Fullerton and Corey Gallen before goals from Pearse Byrne and Conal Mc Kee sent the sides off at the break with Carrickmore leading 2-6 to 1-7.

The second half was even more intense and competitive with both sides enjoying periods of dominance. Points were exchanged before an Adam Grogan goal from a seemingly impossible angle had the teams level midway through the second half. The pace remained relentless and a Lorcan Mc Garrity point edged Carrickmore two clear. However they were immediately pegged back on their heels when Grogan snatched his second major of the game to put Omagh one in front with nine minutes remaining.

Once again the response from Carrickmore was as swift as it was clinical and Aidan Loughran grabbed his chance to fire through a couple of sets of legs to hit the net for his team. Both sides added a brace of points apiece and Omagh came mightily close to snatching a win with a late goal chance that was deflected wide but Carrickmore showed considerable spirit to get over the line on a title winning final score of 3-14 to 3-12.