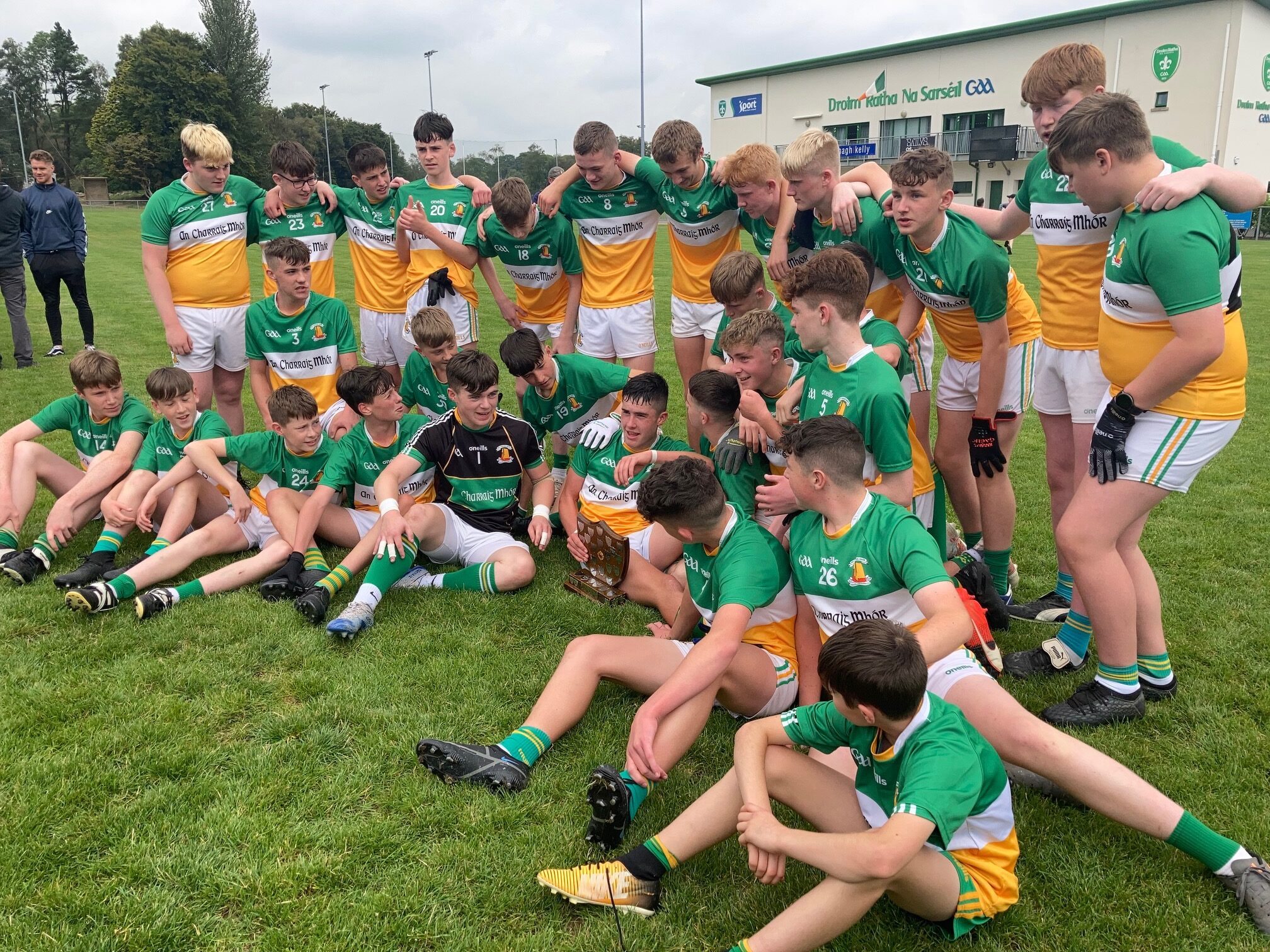 Carrickmore recovered from being nine points down with three minutes of the first half remaining to come back and defeat Trillick 3-12 to 1-16 in the Tyrone Under 15 Grade One final.

This was a game of quality and skill with both teams fully playing their part in a contest that will live long in the memory.

Trillick looked assured and in control throughout the first half and with Nathan Farry , Eoin Ratchford and Sean Corry leading the way they were soon running up the scores. Points from Ratchford, Ryan Campbell and Farry saw them open up a nine point lead as they dominated the first half. Carrickmore looked all at sea but a goal and a point in the closing seconds of the first half was enough to give them hope. Kevin Cuddy hit their goal while substitute Luke Gormley knocked over their point to leave the half time score Trillick 0-10 Carrickmore 1-1.

Carrickmore were a changed side after the break and with Kevin Cuddy scoring 1-1 inside the opening ninety seconds of the second half the gap was down to two points.

The rest of the half was a real battle between two very evenly matched sides. Another Cuddy point just after the water break had the sides level. Shea Munroe then pointed to put Carrickmore in front before Trillick responded with a fantastically worked team goal from the boot of Sean Corry to retake the lead. Darragh Loughran scored to reduce the gap to one before Trillick added two further points courtesy of Owen Mc Cann and Ryan Campbell. Luke Gormley and Tiarnan Loughran added points for Carrickmore but a Colm Mc Cann point for Trillick just on sixty minutes put the Reds two clear and within touching distance of the title.

However Carrickmore showed tremendous self belief and hunger to keep chasing the game. A sideline ball from Shea Munroe was punched to the net by Darragh Loughran and Carrickmore took the lead. Trillick did have one last chance but a point from Nathan Farry was matched by a late score from Conall Martin to seal a really hard fought two point win for Carrickmore.