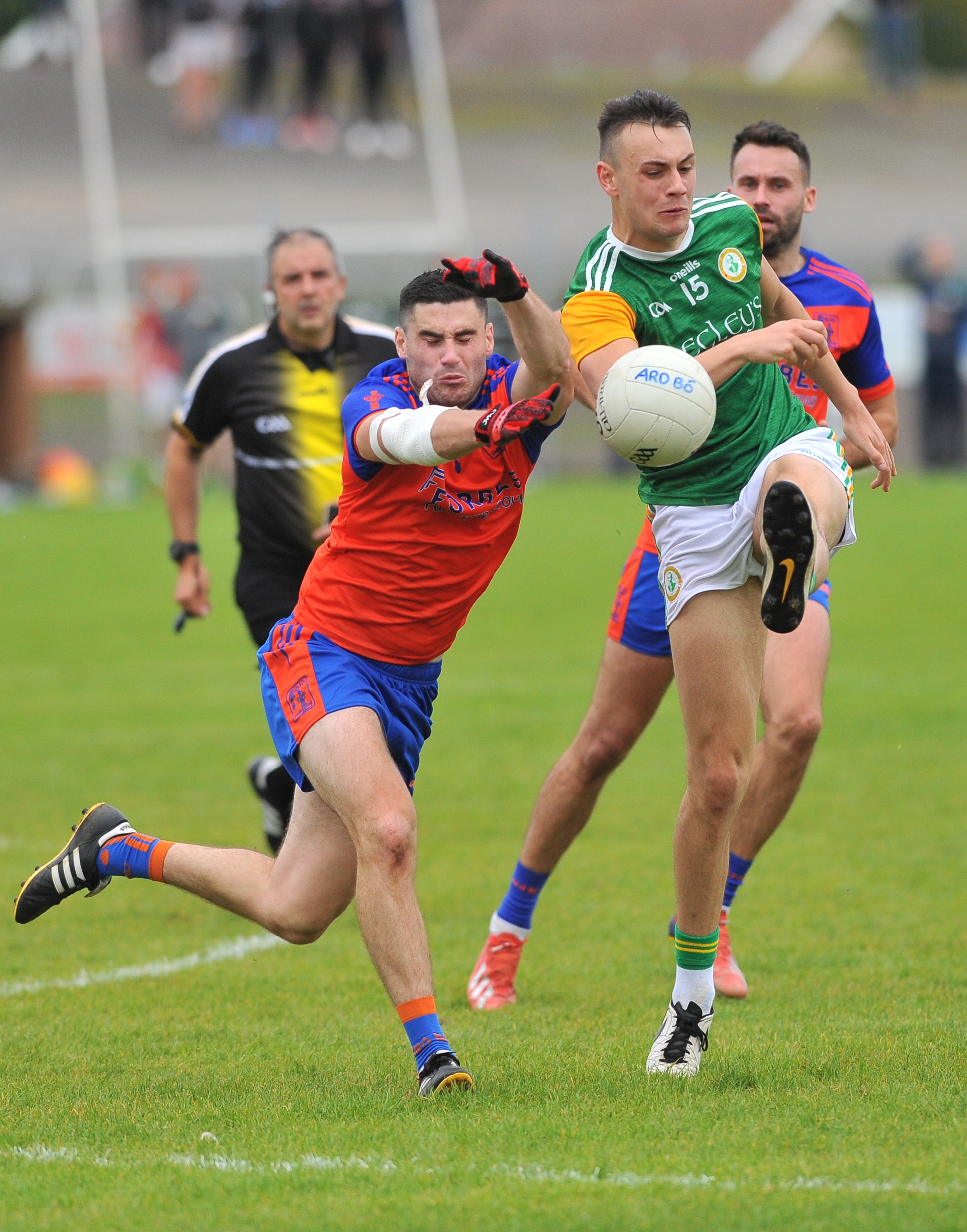 After an unbelievable weekend of action in the LCC Tyrone championship there are four teams left standing in both the Intermediate and Senior grades as the race for the Paddy Cullen and O’Neill Cups really intensifies.

The games showcased all that is good about Tyrone Club football with top class defending, brilliant marksmanship and unwavering commitment. From a scoring point of view one player in particular grabbed all the headlines as Dungannon’s Paul Donaghy finished with a very impressive 0-14 to his name. That haul consisted of eight frees, five from play and one Mark with the quality of the scores really standing out particularly his point from play to force extra time, a real pressure score that was worth the admission fee alone.

Killyclogher’s Mark Bradley was also in fine form with a personal haul of 1-7 although that just failed to get his side over the line against defending County champions Trillick with the game in Healy Park being decided on penalties. Three players over the weekend finished with 0-9 each to their name as they played key roles in helping their clubs progress in the championship.

Full forward Lee Brennan notched seven of his haul from play in Trillick’s win over Killyclogher while County attacker Darren McCurry matched that tally as Edendork came from three behind with twenty minutes to go to account for Rock in the Intermediate championship. Also in the Intermediate championship Sean Og McAleer weighed in with nine points to help Gortin reach the last four when edging past Eglish in another encounter at Healy Park that required a penalty shootout to decide.

Peter Harte’s half a dozen points were instrumental in Errigal Ciaran having the minimum to spare against Dromore at Carrickmore as the Dunmoyle based men came from a point down in injury time to reach the semi final. That six point haul was matched by Liam Nugent with a number of his scores real quality but it wasn’t enough as Rock bowed out at the hands of Edendork.