Change Of Venue For Omagh CBS.


Omagh CBS will have to travel to Maghery for their Mac Rory Cup quarter final on Saturday. Their match against St Mary’s Magherafelt was originally scheduled for Kileeshil but has now been switched to the Armagh venue with a 12:00pm throw in time. Omagh will be hoping for a repeat of last weekend’s result at the same venue that saw fellow Tyrone College St. Patrick’s Dungannon make it through to the semi finals.

Indeed the draw for the semi final pairings of this year’s competition will take place in Maghery immediately after the conclusion of the Omagh versus Magherafelt match. 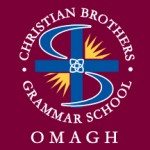