Home | Clarkes Have That Bit Extra In Another Thriller

Clarkes Have That Bit Extra In Another Thriller 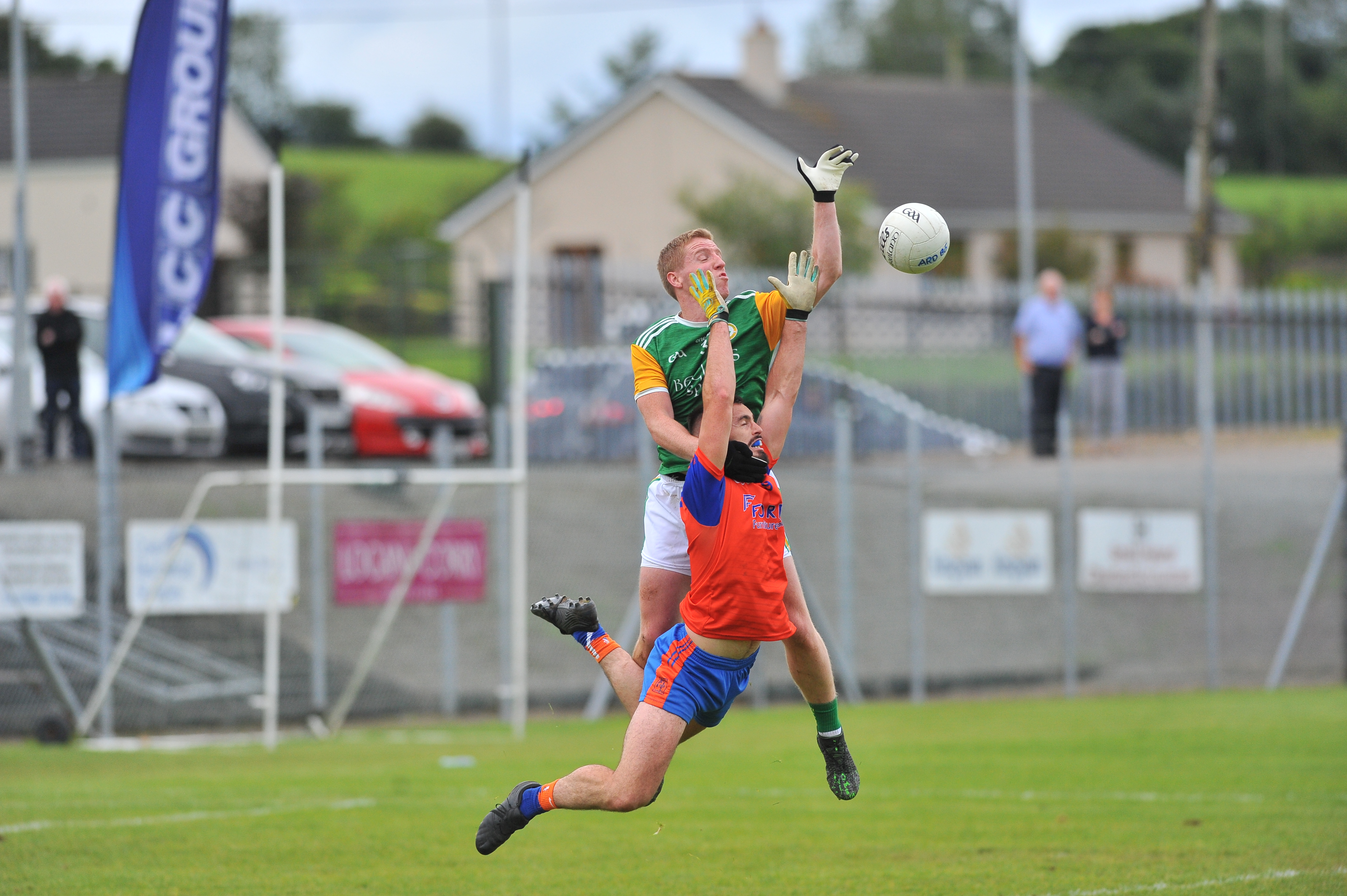 Anybody who had the pleasure of being at Arthur Mallon Park in Edendork on Sunday afternoon witnessed another engrossing encounter as the LCC Tyrone senior championship continued to be the gift that keeps on given.

Both Dungannon and Ardboe gave it everything that they had in pursuit of a semi final spot and at the end of extra time it was Dungannon who were the side left standing after a contest that showcased everything that is good about the GAA. Good defending, high fielding and score taking was the order of the day with special mention going to Dungannon attacker Paul Donaghy finishing with 0-14 to his name, five from play, eight frees and one Mark. It was without doubt the standout display of the championship to date but this was in no way a one man show with everyone of the Dungannon side doing their best to get their side over the line as they booked a first semi final appearance since 1994.

Donaghy and Shea McGuigan traded early points before Ardboe grabbed an 11th minute goal when defender Shea Quinn’s shot hit the net despite being half blocked. Ciaran Barker responded from a 45 for the Clarkes but Ardboe were on top and points from Ciaran Gervin, McGuigan and Kyle Coney saw them establish a 1-4 to 0-2 advantage by the end of the opening quarter.

Frees from Patrick Molloy and Donaghy coupled with a Mark from the latter closed the gap with Dungannon midfielder and Captain Padraig McNulty landing a beauty from distance as well. Mattie Bell and defender Conall Devlin had Ardboe points before Dungannon keeper Daire Martin saved well from Bell. Dalaigh Jones then skipped past three challenges to take a good point before McGuigan and Lorcan Mallon exchanged points. A well worked Dungannon move then saw Donaghy split the posts with his weaker left foot to bring the first half scoring to a close with Ardboe enjoying a slender 1-7 to 0-9 lead.

A Donaghy free levelled matters on the restart before the same player put his side in front with an outstanding conversion with the outside of his boot. In the 40th minute Ardboe grabbed a goal against the run of play when David Mulgrew laid the ball off for substitute Cormac Morgan to fire low to the bottom left hand corner of the net. Michael Cassidy then pointed for the Rossas before their keeper Ronan Cassidy converted a 45 to leave it 2-9 to 0-11 going into the final quarter. Dungannon were in trouble but they showed great resolve and character to fight back. Donaghy converted a free before two superb efforts from play with his left meant there was just the minimum between the two sides with five minutes of normal time left to play.

Donaghy then levelled matters with a brilliant point with the outside of his boot but Ardboe got their noses in front again thanks to a Coney free. Michael Lynn then left two between the sides as we slipped into injury time with Ardboe in the ascendency. Dungannon though refused to throw in the towel with Donaghy converting a free before the same player sent the game to extra time with a truly outstanding point with the last kick, 2-11 to 0-17.

Ardboe defender Michael O’Neill had the opening score of extra time when he surged through to fist over but Dungannon responded with a point from Dalaigh Jones. Ardboe though had the final say in the first period of extra time through Morgan to give them a slender 2-13 to 0-18 lead.

A long range effort from Coney opened the scoring in the second period of extra time before a Coney free left three between them with four minutes left to play. It looked as though Ardboe had done enough but they failed to score again as Dungannon showed enormous character and will to win to strike back. Donaghy started the comeback with another terrific effort from play before a fre from the same player reduced the deficit further. Donaghy then took a Mark from the next kick out before finding Patrick Quinn who struck the equaliser with a minute of extra time left to play. Dungannon now had the bit between their teeth and there was no let up with Quinn putting them in front before fellow substitute Kevin Barker sealed a memorable win when he fisted the final score.