Home | Clash of the Clans – Forget Club, Forget County, This is Family

Clash of the Clans – Forget Club, Forget County, This is Family 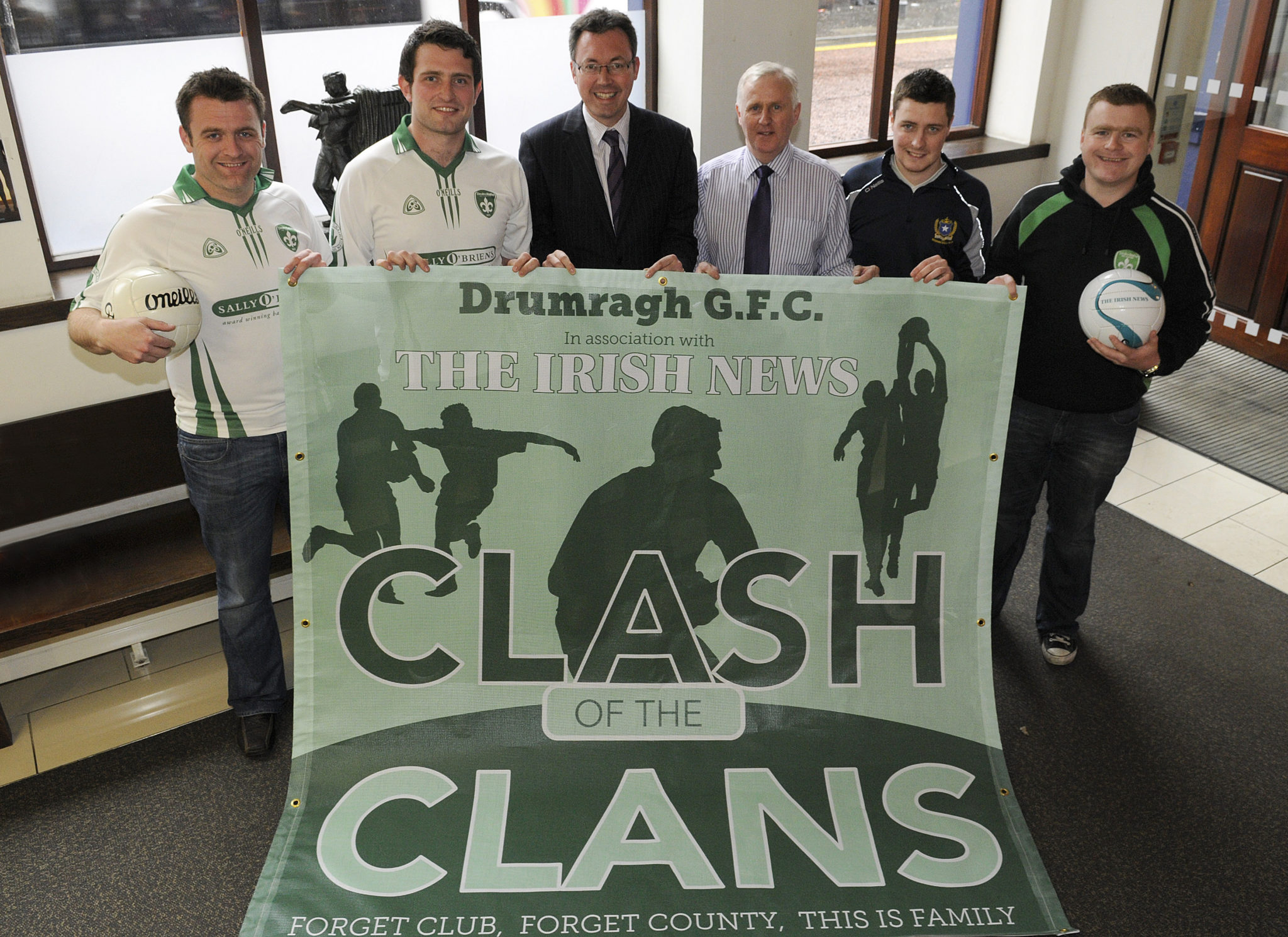 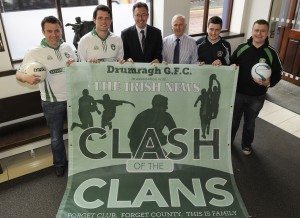 Armchair GAA supporters often argue over who was the greatest team, the greatest player or the greatest manager? A simple look at the roll of honour can often answer these trivial questions.
For years one question went unanswered, who are the greatest footballing family?  Drumagh Sarsfield’s GAC, in association with The Irish News, host ‘The Clash of the Clans’ tournament to find the answer.
Running since 2010 this sevens tournament has seen families from all over Ulster and other leading lights of county football descend on Drumragh’s Sarsfield’s state-of-the-art clubrooms on the outskirts of Omagh to battle for glory.
Clash of the Clans is the only competition of its kind – a seven-a-side blitz tournament where teams are made up of players who are related to each other. Each team member must be related to at least one other person in the team. Accepted relationships include son, brother, parent, uncle, cousin while in-laws may also be included. Games are played on a shortened pitch which means Clash of the Clans will suit players of all abilities, from county stars to armchair supporters.
The Competitive competition was won in 2010 by Carrickmore’s Hughes clan (a family with many Tyrone county medals) beating Jody Gormley’s family in the final. Current champions the Bradleys triumphed in a competition that included Ballinderry’s McGuckin family in a
final that went into extra time.
Clash of the Clans also caters for the more casual footballers amongst us with the Leisure competition. In 2010 the Keyes Clan enlisted the help of English cousin (and former Cardiff Blues Rugby player) Ian Dickson. Despite never playing GAA before he scored 1-4 in 3 group stages. 2010 was won by the McLaughlin family (managed by former Tyrone ladies captain Sinead) and in 2011 by local family, Kellys made-up of cousins more use to lining out against each other for different clubs in different counties.
The competition makes use of the provincial footballing break for the Ulster final and will throw-in at 2pm on Saturday July 21st. This is a one-day blitz competition with lots of family events around the football with an awards ceremony and BBQ that night.
For more information www.clashoftheclans.net
Forget Club. Forget County. This is Family.