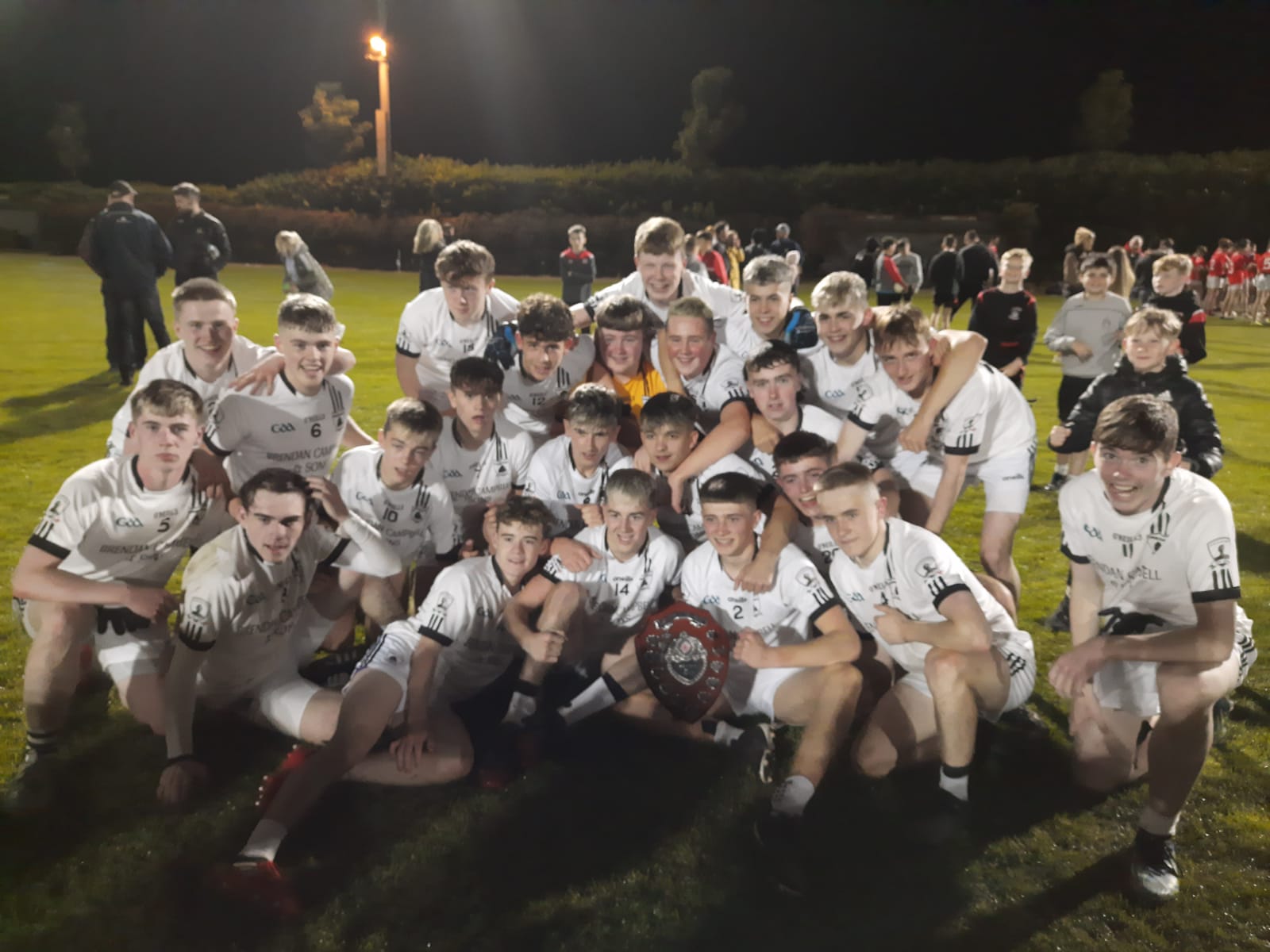 Eoin Dooey hit an outstanding winning point deep into injury time as Clonoe claimed the grade two minor league title at the expense of Trillick at Galbally on Monday evening.

The St.Macartans raced into an early lead thanks to points from James Corry, Charlie Donnelly and Liam Corry but Clonoe hit back to lead through scores from Eoin Mansell, Tommy Taggert and Ryan Quinn. Taggert then blasted the ball to the roof of the Trillick net but the Reds responded with a goal from Nathan Farry to lead 1-6 to 1-5 at the break.

A speculative shot from Donnelly early in the second half finished up in the net and at that stage it looked like being a decisive score. Clonoe though responded with a second goal of their own from the lively Mansell. With time running out Donnelly put Trillick two in front but Clonoe weren’t finished yet. Quinn closed the gap from a free and after Taggert had levelled matters Dooey proved to be the hero with a great strike.