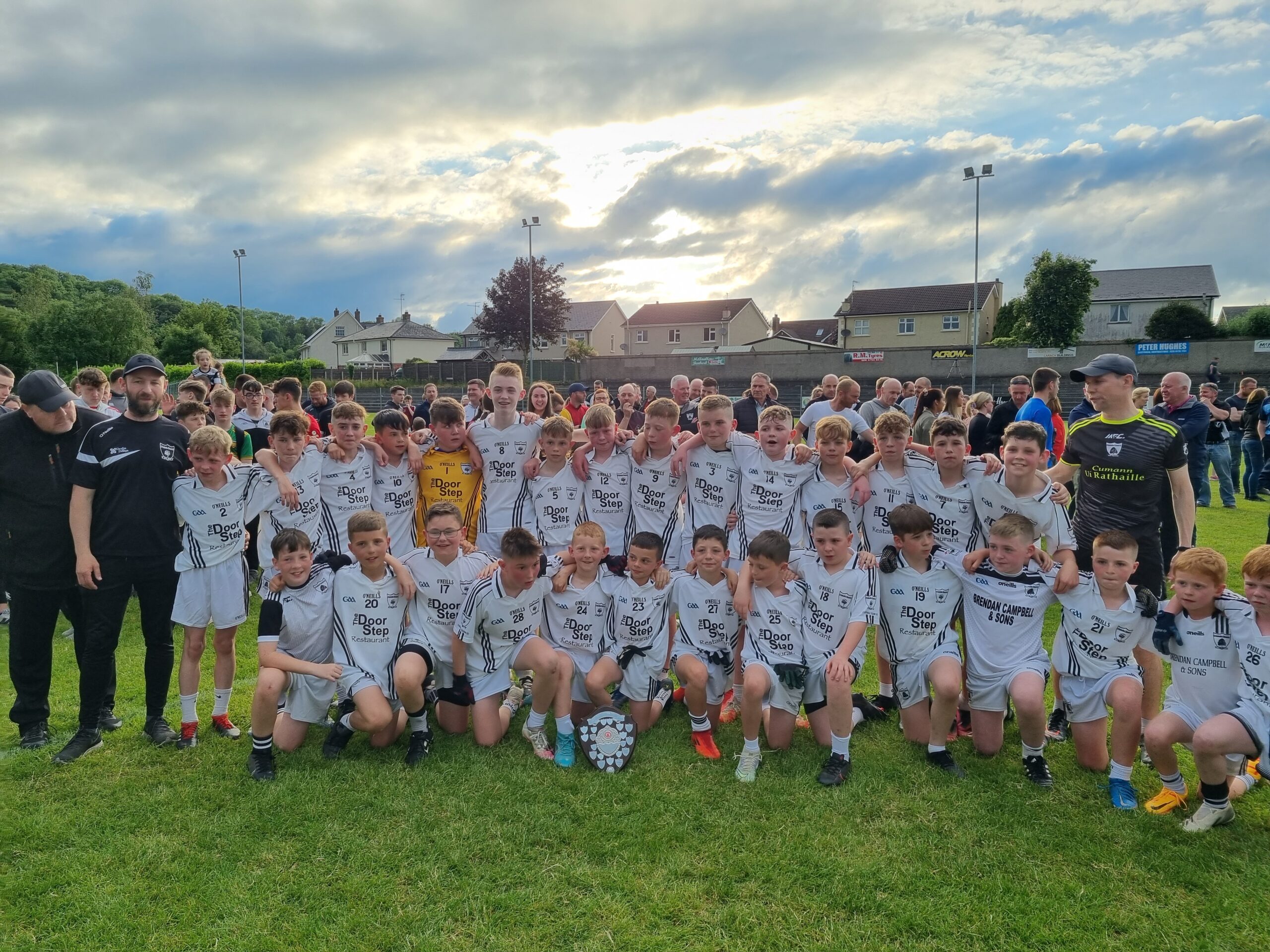 Anybody who was privileged to be at Connolly Park in Eglish on Thursday night were treated to an absolutely brilliant game of football as Clonoe edged out Galbally in the grade two U13 Championship final to complete the double at that level.

It was a contest that had everything between two well matched sides with the lead changing hands throughout. Clonoe started the brighter with points from Ben O’Neill, Eoghan Colton and Conor Taggart after Finbar Quinn had opened the scoring for the Pearses. Galbally then enjoyed a good spell to turn things around with three in a row from impressive centre half forward Tiernan Corrigan. They had at least three goal chances which they failed to take and it was Clonoe who found the net first through Colton. Galbally responded with a Quinn goal but a second Colton major left it all square at the break, 1-6 to 2-3.

Clonoe made a great start to the second half when points from Eunan Shields and Jack O’Neill were followed by a Taggart goal. Galbally though dug deep with Corrigan and Quinn both supplying points before Quinn sent a pile driver to the roof of the net.

Jaiden Dorman then put Galbally in front with a goal six minutes from time to turn the game on its head. Clonoe were now chasing the game but with time running out Taggart reacted first to the ball coming back off the bar to find the net. Galbally piled on the pressure and they had their chances but all they could muster was another Corrigan point as Clonoe held on in a cracker.