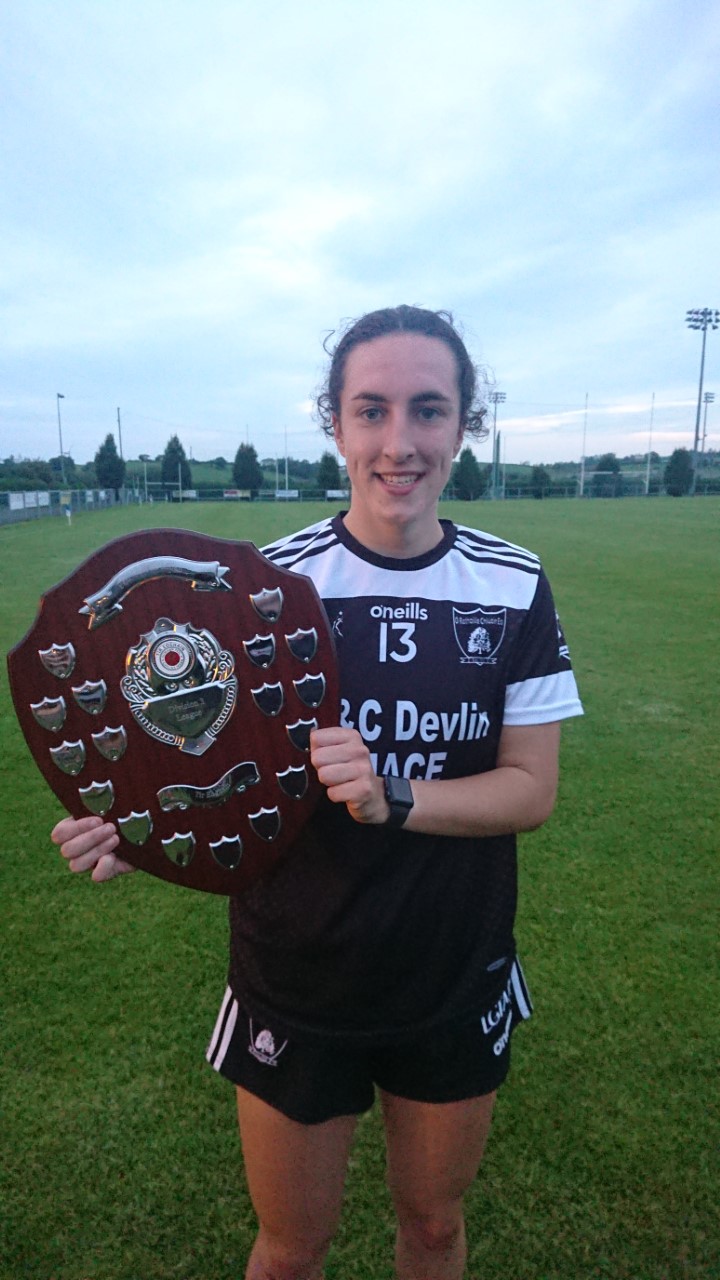 Orla Gavin hit 2-2 as Clonoe steered themselves to intermediate football with a strong second half securing a 4-9 to 1-8 win over Loughmacrory. The Loch ladies threw everything the way of the East Tyrone side with their goalkeeper Kellie Boyle making several key saves through a high tempo contest.

Gavin scored the first of her goals minutes into the tie but it was the Lough who led after 15 minutes with three points from Kerry Grimes and one from Oonagh Gallagher. They also tested Lisa Mc Kee with Aofe Kelly’s effort saved. At the other end Boyle denied Gavin who went in one on one but as Alica Devlin added a point there was real drama. 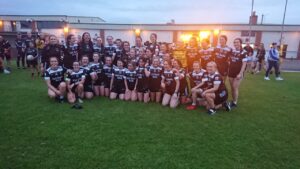 Clonoe were awarded a penalty just shy of the break. Gavin’s initial shot was well saved by Boyle but in the resultant melee referee Eugene Mullin awarded another spot kick. Again Boyle saved from Gavin but the Clonoe ace made no mistake with the rebound.

There was a flurry of scores in injury time as both sides found their range. Devlin, Caoimhe Coyle and Sinead Hanna pointed for the Rahilly’s before Grimes landed a point and Bronagh Gallagher sent Kelly in for a crucial goal to leave it a two point advantage for Clonoe as the first half ended.

Aine Haigney, Briana Quinn and Gavin added points after the break and the loss to injury of Niamh Fox broke the will of a well organised Loughmacrory who managed just a single point in twenty minutes of play. 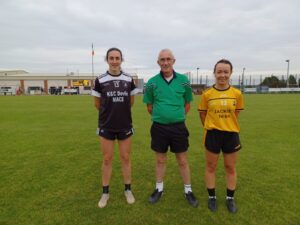 Clonoe grew in confidence with a third and fourth O’Rahilly’s goals from Coyle and Niamh Donaghy easing them home with plenty of breathing space.