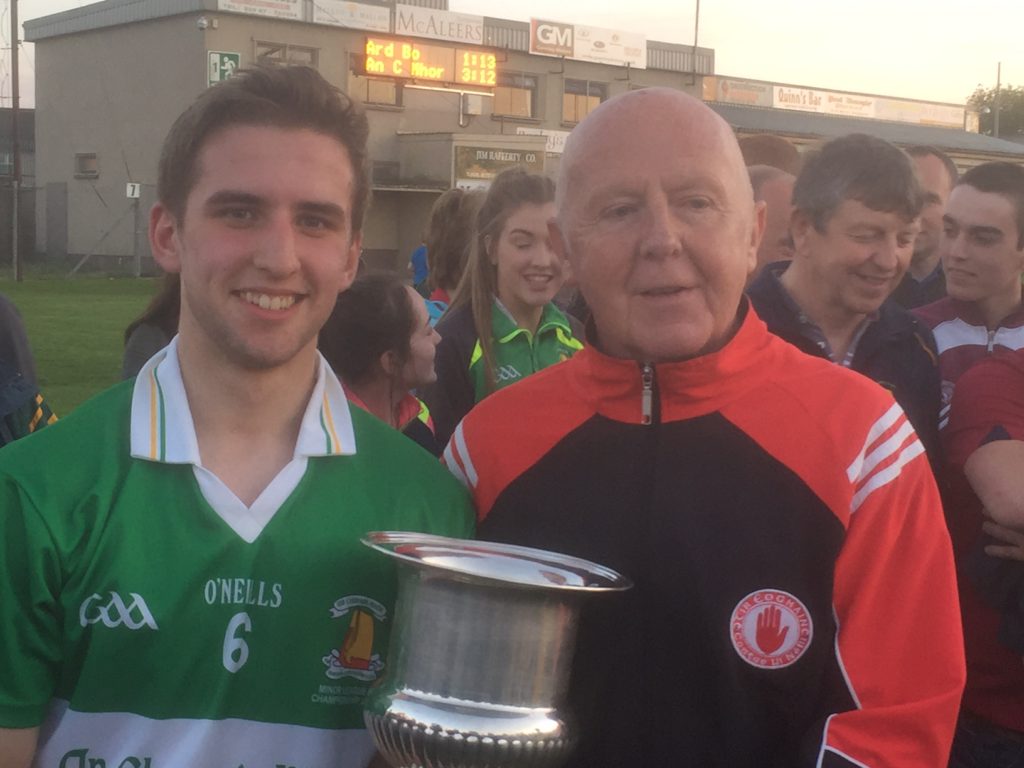 Carrickmore won their first minor championship title since 2004 when they justified their favourites tag with a 3-12 to 1-13 success over Ardboe at Dungannon on Friday evening. Paddy McElduff smashed in a brilliant goal early on before a Ciaran Daly penalty put them in control but just before half time Callum McGuigan palmed in a goal to take the Rossas back into contention. 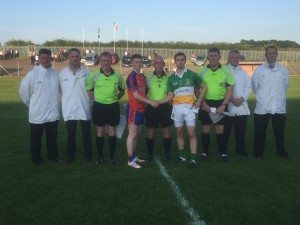 In the first attack of the second half Conor Loughran scored a goal and the winners never looked back. Daly was superb for the winners adding seven points to his goal in a man of the match display. Cormac Morgan top scored for Ardboe with seven points with centre half back Conall Devlin getting a couple as well.