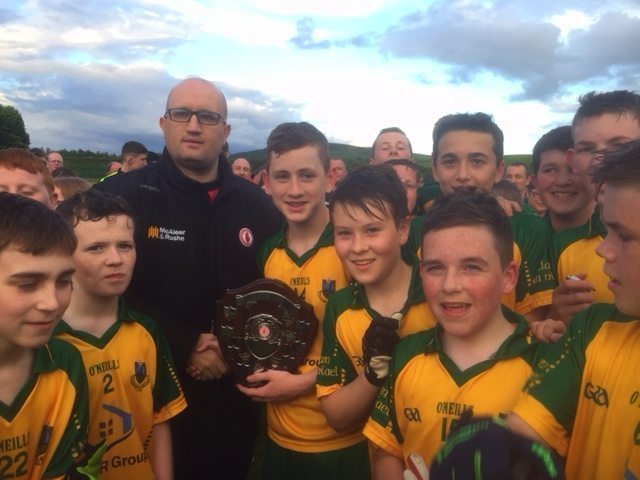 Clan na nGael completed a treble of titles on Wednesday night at Newtownstewart when they defeated Greencastle 4-10 to 2-5.

Having already defeated their opponents in the league and Feile finals, Clan na nGael’s were totally focused on completing the treble. They started briskly and in spite of playing against the breeze were soon three points clear following early scores from David Conway and Ronan Mc Aleer. 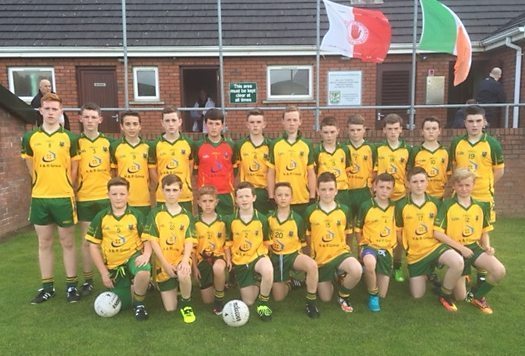 Greencastle got to grips with the game and a goal from Enda Mc Kenna steadied their nerves but they were rocked back on their heels when Clan captain Shea Browne found the net for his team’s second goal.

Both sides landed fine points but it was two further scores from Browne that finished the scoring for the half with Clan leading at the break 2-7 to 1-3.

The second half was a cat and mouse affair as Greencastle sought to close the gap. Sean Coneelly hit the net and Miceal Mc Cann landed a point and suddenly the gap was three. They enjoyed plenty of possession and created a number of chances but could not narrow the gap further. Clan steadied the ship and points from Browne , Conwell and Mc Aleer extended the lead before a brace of late goals from Browne sealed the treble for the north Tyrone team.

Along with Carrickmore they can now look forward to representing Tyrone at this weekend’s Feile. We wish both teams every success. 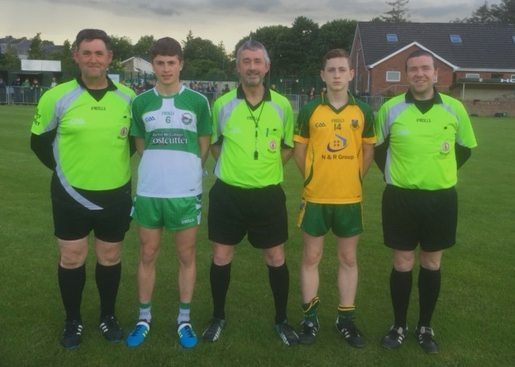