Tuesday night football could well catch on if this evening’s game is anything to go by. Carrickmore and Clonoe served up a real ding dong battle that had it all with the result in doubt right up to the last seconds.

Home side Carrickmore looked lively early on and with Conor Gormley and Barry Daly in great form they opened up a four point lead fifteen minutes into the first half when a Gerry Carlin point put them 0-7 to 0-3 in front.

However that was as good as it got for the men in green and gold in a pulsating first thirty minutes. From then to the end of the half it was all Clonoe as county man Connor Mc Aliskey led the line brilliantly. The O’Rahillys hit a goal and seven without reply to go in at the break leading by six on a score line of 1-10 to 0-7. 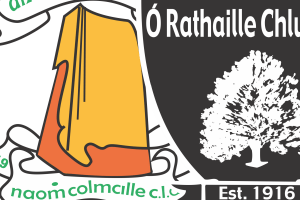 The second half saw a transformed home side turn the game on its head as once again Conor Gormley led the charge. The former county defender hit three early points including two beauties with his left foot. Further scores from Sean Loughran and a brace from Barry Daly edged Carrickmore ahead by a point with nine minutes remaining.

Clonoe were stung into action once again and hit four points in a row in less than five minutes. Connor Mc Aliskey, Paul Coney and Fintan Mc Clure put the visitors three up with one minute to play. However Carrickmore refused to lie down and back they came with points from Barry Daly (2) and Gormley again drawing the game level as the clock edged towards sixty four minutes.

The game seemed destined for a draw but Danny Mc Nulty stepped up to strike a match winning free from beyond fifty metres with the last kick of the game to bring to an end a superb game of club football on a score-line of Carrickmore 0-17, Clonoe 1-15.