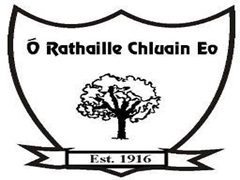 As part of their centenary celebrations Clonoe O’Rahillys hosted a special nine a side tournament on Saturday involving teams like themselves who were also named after the great O’Rahilly.

The quarter finals were all competitive matches resulting in a semi final line up that pitted Clonoe “A” against Ballylongford and Clonoe “B” against Latton. Very little in terms of possession and scoring chances separated the teams but Clonoe “A” set down a marker in their game with some well crafted and superbly taken goals which ensured home interest in the final.

In the other game the Clonoe “B” side battled hard but could not prevent Latton from making it through to the decider on a winning score of 1-4 to 0-3. 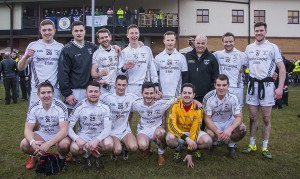 The final itself was a highly entertaining game with both sides creating chances. However Clonoe’s PJ Lavery and Danny Mc Nulty proved themselves to be the difference between the two teams as the men in white and black recorded a well deserved 2-11 to 0-7 win. 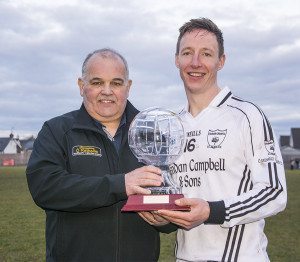 All involved deserve huge credit for such a great day’s entertainment. Referees, stewards, catering groups and club officials worked hard together to ensure the whole day ran smoothly. With their Centenary Year off to such a good start the club will be hoping that good fortune remains with them as they set about once again winning the biggest prize in Tyrone club football, The O’Neill Cup.