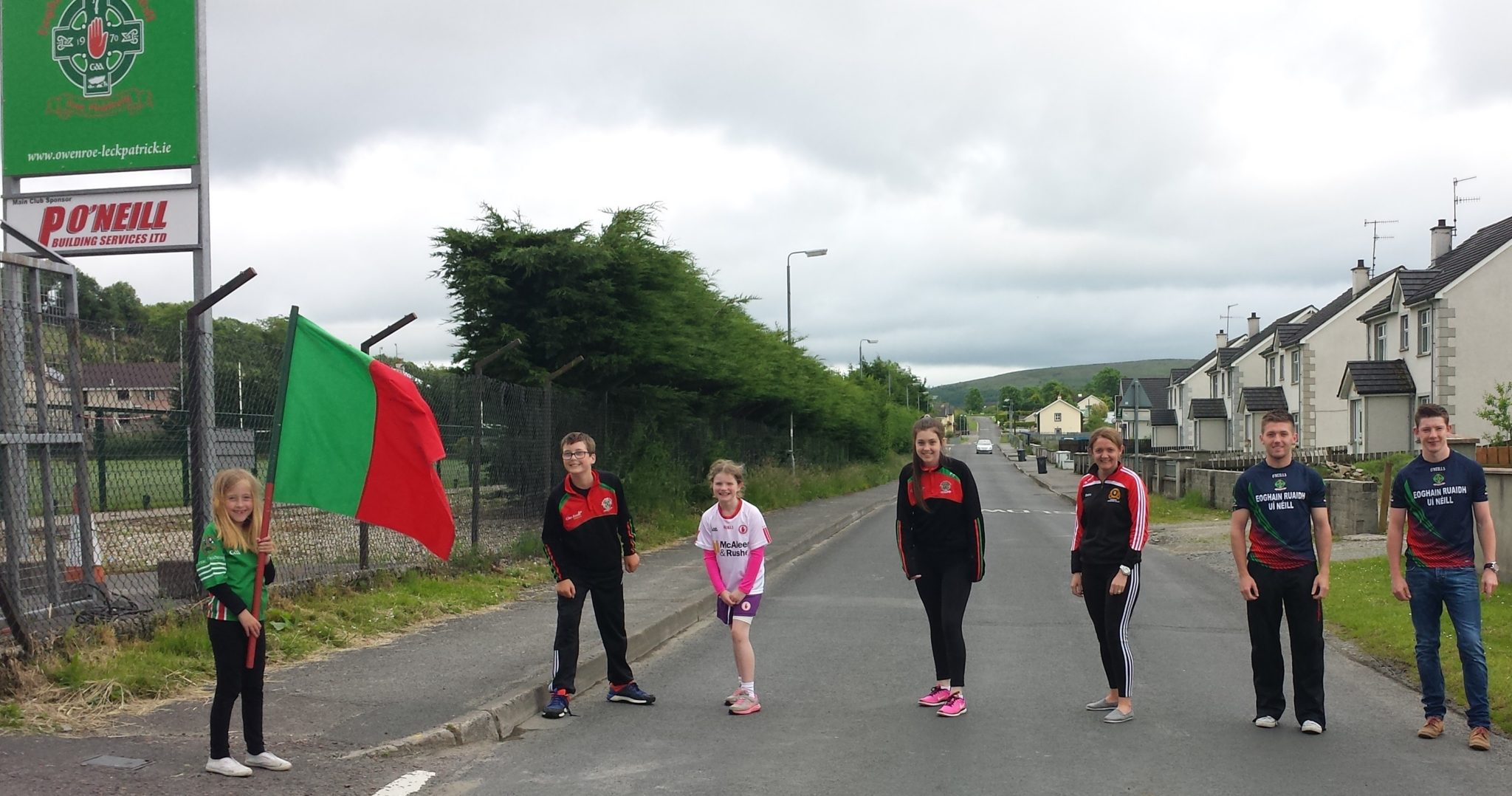 Owen Roes GAA Club will host their 3rd annual 5K road race on Thurs 23rd June. The last couple of years the event was ran as part of the Club’s Glenfest festival. However this year race will be a standalone event.
The course which commences at the Owen Roes Clubrooms in Glenmornan is one that’s enjoyed by local enthusiasts, as while it differs from traditional flat courses it doesn’t present too many killer hills along the route.
Club chairman Jude Kelly explained why the 5K is an important part of the calendar at Owen Roes, “The fundraising element of it is one part I suppose. All money raised as usual will get recycled back into the Club to allow us to continue to fund underage activities in the Club and keeps children playing GAA and therefore maintaining a healthy lifestyle.”
“However it’s more than that. We’ve numerous members very involved in the recent increase in athletics locally and fair play to them. Having an annual 5K in Glenmornan allows those members to give something back to the local running scene, and allows others who have a passing interest a reason to get out there and give it a go.”
“Last year we started the first phase of a development at Owen Roes whereby we aim to put a walk way around the outside of the grounds that’ll be open throughout the year to allow walkers and runners the chance to exercise locally away from the dangers of the roads, and in the safety of a lighted area. We’ve phase one of this complete now, and hopefully over the next year or two we can get funding to close that out. I look forward to seeing parents, members and visitors using the facilities, as health and well being is an important part of our remit. We sometimes look for reasons not to exercise, I’d be guilty of that at times myself, and this walkway will be one less excuse” joked Kelly.
The Leckpatrick chairman explained that the number one aim is fun but there will be a challenging element to it too. “Since we started keeping records a couple of years ago we are able to chart runners progress and the course record. Currently the men’s record stands at 18 mins 30 by Paul Coyle with Leoni Mullen holding the ladies record at 22 mins flat. If any of the two records tumble next Thursday, as I think they will, there is a £50 sports voucher for the new holder.”
“Also there’s bragging rights at stake too. The fastest time by a club member is Stephen Kelly’s 19 mins 26 seconds, so we’ll see if any of the Club members can trouble that this year too.”
Registration is from 6.30pm to 7.15pm at the Owen Roes Clubrooms with runners off at 7.30pm. The cost is £5 for adults and £3 for U16s with running open to all levels of runner.