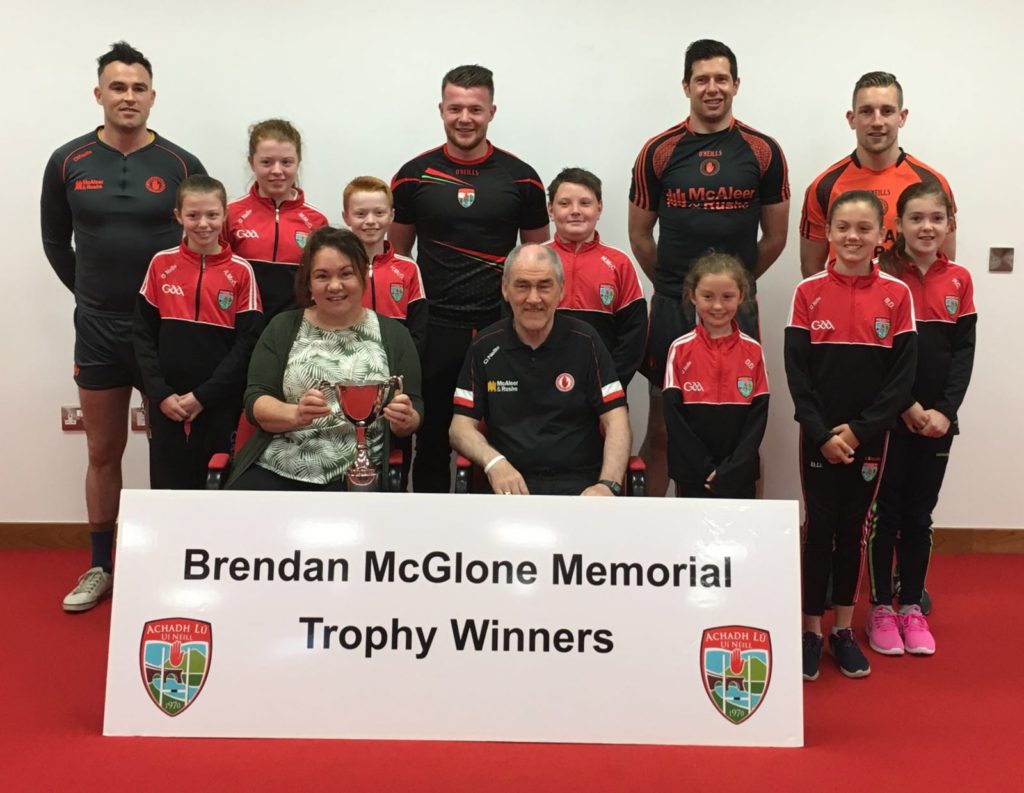 In November 2013 and July 2015, Aghaloo O’Neills lost two of their brightest young players in Kevin O’Gorman and Brendan McGlone respectively. Fittingly, in their memory, Aghaloo O’Neills are organising an Under 11 Boys tournament on Saturday 18th June which will commence at 10.00am.  Sixteen clubs from across Ulster are attending this prestigious nine-a-side tournament.