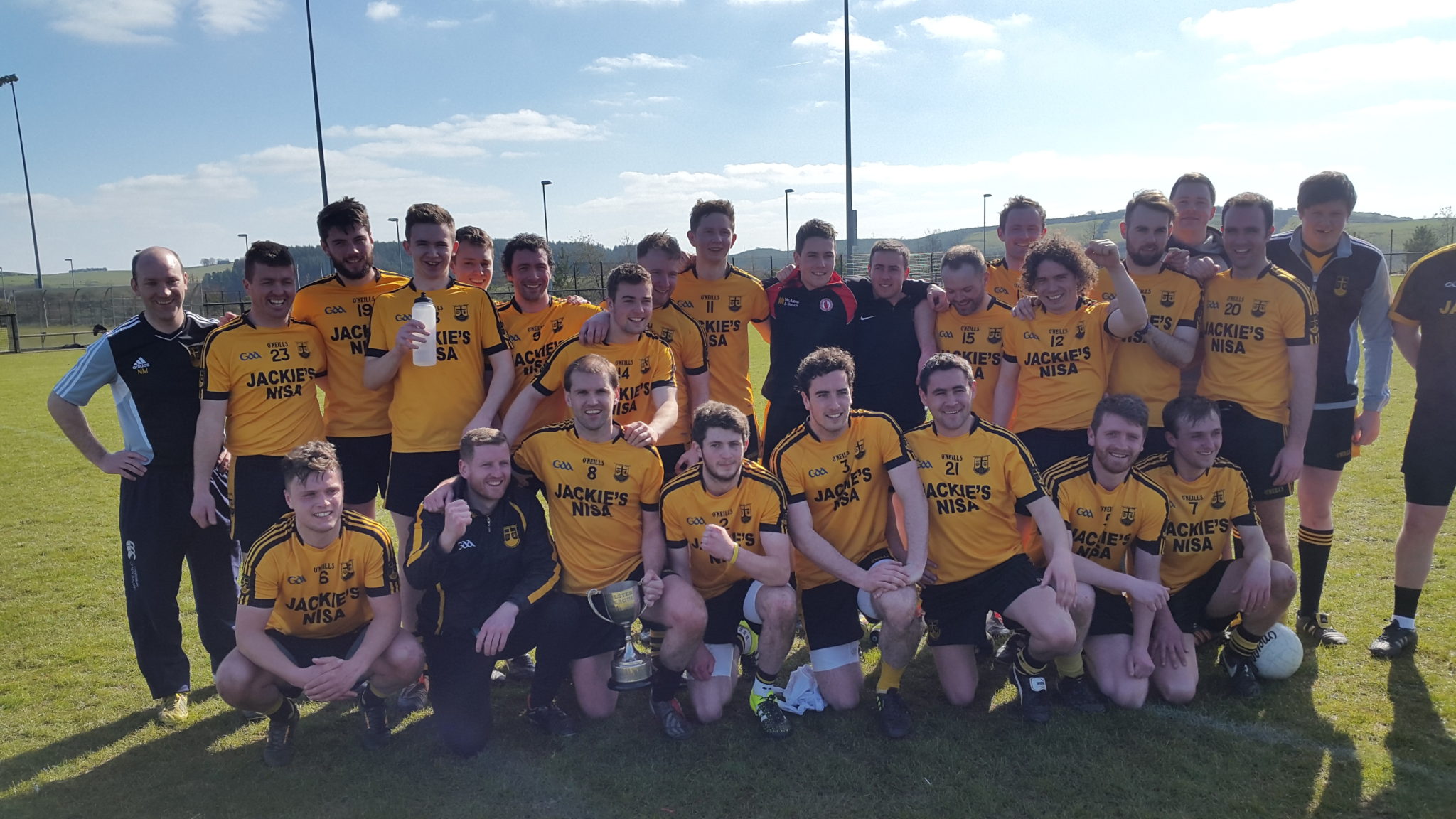 Loughmacrory are Ulster Intermediate League winners after beating Urney 0-10 to 0-9 in the final at Garvaghey on Sunday afternoon. The winners led 0-5 to 0-4 at halftime with Cathal Donaghy and Paudraic Meenagh getting their points, Ryan Henry, Johnny Lafferty and Brian Kelly on target for the St.Columbas.

Urney had the opening three points of the second half from Henry, Jamie McAleer and Fergal McNulty as the lead changed hands. Both sides were reduced to fourteen men and with time running out it was 0-8 each until Meenagh and Donaghy scored for the Lough. Henry had the final say for Urney but they just missed out.