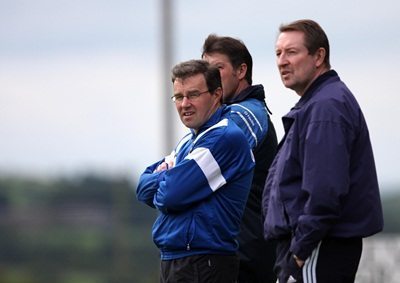 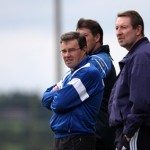 Coalisland continued their fine form and good run to move back to the top of the Division One table following a tough battle with Errigal Ciaran at Annagher this afternoon. The game began at a frantic pace with plenty of hard hits going in from both sides. Scores were at a premium and just as Coalisland were settling to the task a mistake by goalkeeper Johnny Curran allowed Ciaran Mc Ginley to score a goal  to put Errigal 1-2 to 0-4 ahead. However points from Brian Toner and Stevie Curran saw the home side go in at the break leading by one, 0-7 to 1-3. The second half was every bit as competitive and physical as the first and with twenty eight minutes on the clock the sides were tied 0-11 to 1-8. However Coalisland managed to add four points in the final few minutes to pull away at the end and win 0-15 to 1-8. Among the scorers for the winners were Brian Toner 0-4, Stevie Curran 0-3 and 0-2 apiece for Dermot Thornton and Plunkett Kane. Ronan Mac Rory (0-3) and Tommy Canavan (0-2) were on target for Errigal.