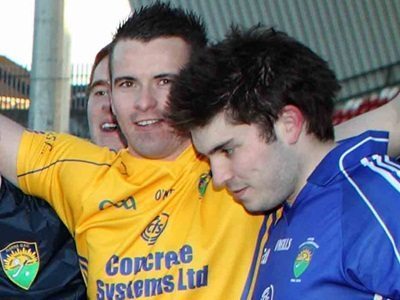 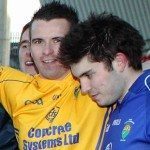 Tyrone keeper Johnny Curran has left the county senior panel. The Coalisland clubman, who played against Kildare in this season’s National league division two final, won three Ulster senior championship medals as well as one All Ireland senior honour and he admits that it was a difficult decision to make.

“It was a very tough decision to make as after all I have given six years of my life to the county team,” said Johnny.

“We are expecting our first child in six weeks time and I felt that I couldn’t give the necessary commitment that was required at this level. The training has really stepped up this season to a different level and is without doubt the toughest that I have ever been involved in.

I have left on good terms and I’m not closing the door on a return next season. It’s an honour to play for Tyrone and I have enjoyed it and to be honest there isn’t much between Pascal [McConnell], John [Devine] and myself. They have the experience and know how when it comes to big championship days and that meant that I was third choice.”

Johnny played in goals for Dungannon Swifts in last season’s Irish Cup semi final defeat to Crusaders and he says that he has signed up for his local soccer side this year again while he will of course continue to do goals for Coalisland Fianna.

“I enjoy playing soccer as well and hopefully I will see some action this season but it won’t be easy getting the keeper’s jersey ahead of Niall Morgan. I’m also enjoying playing with Coalisland and hopefully we can maintain the good start to the season that we have made. As I said earlier, it’s not a decision that I have come to lightly but for personal reasons I just haven’t the time to give at the moment to Tyrone.”

Curran played in goal for his club side on Saturday afternoon in their league win over Errigal Ciaran while his former county colleagues were preparing for an in-house game as the panel continues to ready themselves for the challenge of facing Donegal next weekend.