Home | Coney Coping Well And Contributing Effectively To The Team Cause.

Coney Coping Well And Contributing Effectively To The Team Cause. 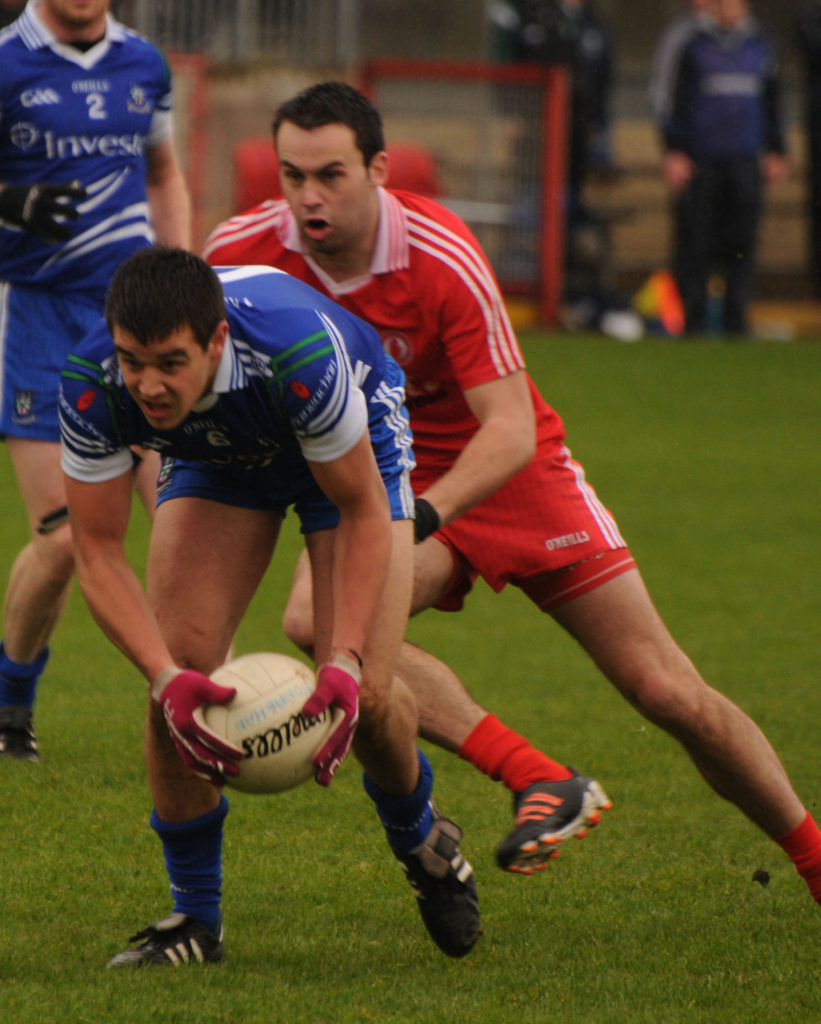 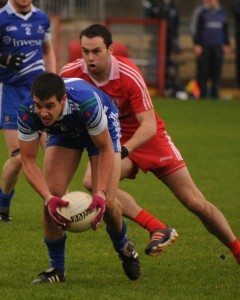 Ardboe ace Kyle Coney was the clear choice for man of the match against Monaghan as he landed eight fine points in an excellent display of finishing. However he was quick to applaud the contribution of his team mates particularly the experienced pairing of Owen Mulligan and team captain Stevie O’Neill to his performances.

At times it seemed Coney was capable of scoring from anywhere as he landed scores from very difficult angles. However it is worth pointing out that as he gains in experience the corner forward’s game is continuing to develop to suit the team’s style of play. With Mulligan for assistance the two of them are perpetual motion as they seek to reduce the defensive options of the opposition at kickouts and in open play. The number of times against Monaghan that their goal keeper was forced to hit risky kickouts was such that it caused considerable unease in the Farney defence as Mulligan and Coney closed them down and made life very difficult for them all afternoon.

Coney of course missed a chance or two and spilled one or two balls so it was far from a perfect performance but conditions were difficult and the corner forward continued to show throughout in spite of a mistake or two.  He is still learning the game at senior level but his education is shaping up nicely and performances likely Sunday’s against teams like Monaghan will stand to him as the season goes on. Next up will be an outing on the biggest stage of all a National League final against a very good Kildare side. Croke Park is the perfect stage for any footballer to deliver but winning is a team game and Kyle Coney appears to be tempering his game to suit the team perfectly.