Home | Cookstown Recover To Make It Through To LCC Championship Final

Cookstown Recover To Make It Through To LCC Championship Final 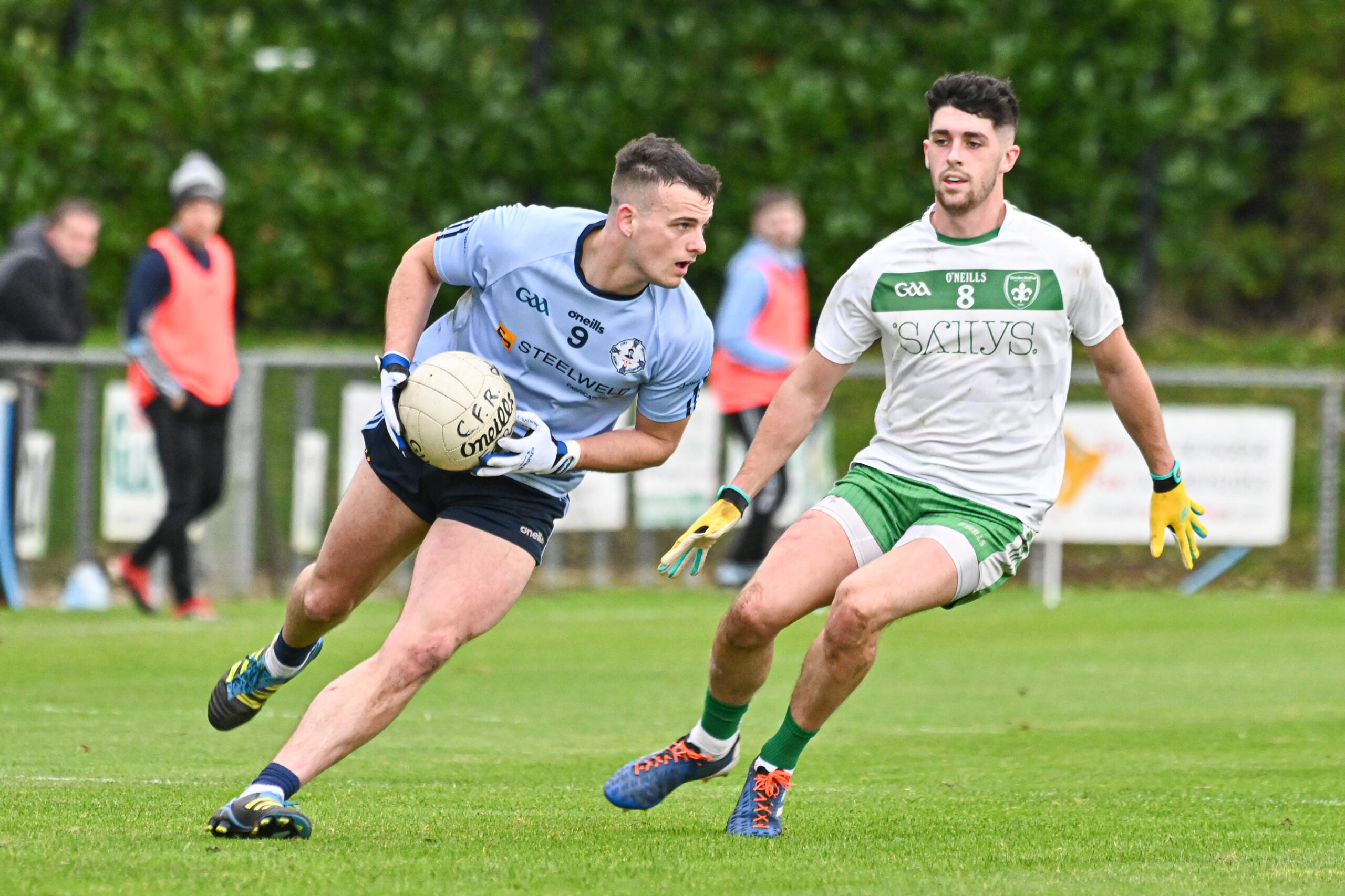 Cookstown showed all their experience and guile as they produced a superb second half of controlled football to defeat Drumragh in the semi final of the LCC Junior Championship on Saturday at Carrickmore. Played in difficult weather conditions the Fr Rocks restricted their opponents to a miserly two second half points while hitting six of their own to record a 0-13 to 1-8 win.

Despite playing against the wind in the first half Drumragh looked sharp in the opening period and following an early scoring burst led 0-3 to no score. Tommy Murphy, Aaron Montgomery and Shane Cleary delivered the scores before Cookstown tied the game with points from the impressive Nathan Connolly and Barry Potter (2). Drumragh continued to dominate though and a strong run from Ronan Maguire resulted in the centre forward finding the net. Minutes later Drumragh extended their lead with a fine run and score from the boot of Benny Drumm.

Cookstown began to settle to the task and hit four unanswered points from Barry Potter (2), Conor O’Hare and Nathan Connolly to draw the sides level with four minutes of the first half remaining. However Drumragh finished the half strongly to add two further points and go off at the break leading 1-6 to 0-7.

Fr Rocks reorganised to face the wind in the second half with Martin Murray sitting deep and pulling the strings. Cookstown controlled the second half and made good use of their bench. Murray, Ryan Pickering, Nathan Connolly and James Mc Gahan (3) added scores to the Cookstown tally while Drumragh had only two points to show for their second half endeavours with Shane Cleary and Paddy Colgan both on target for the Sarsfields.