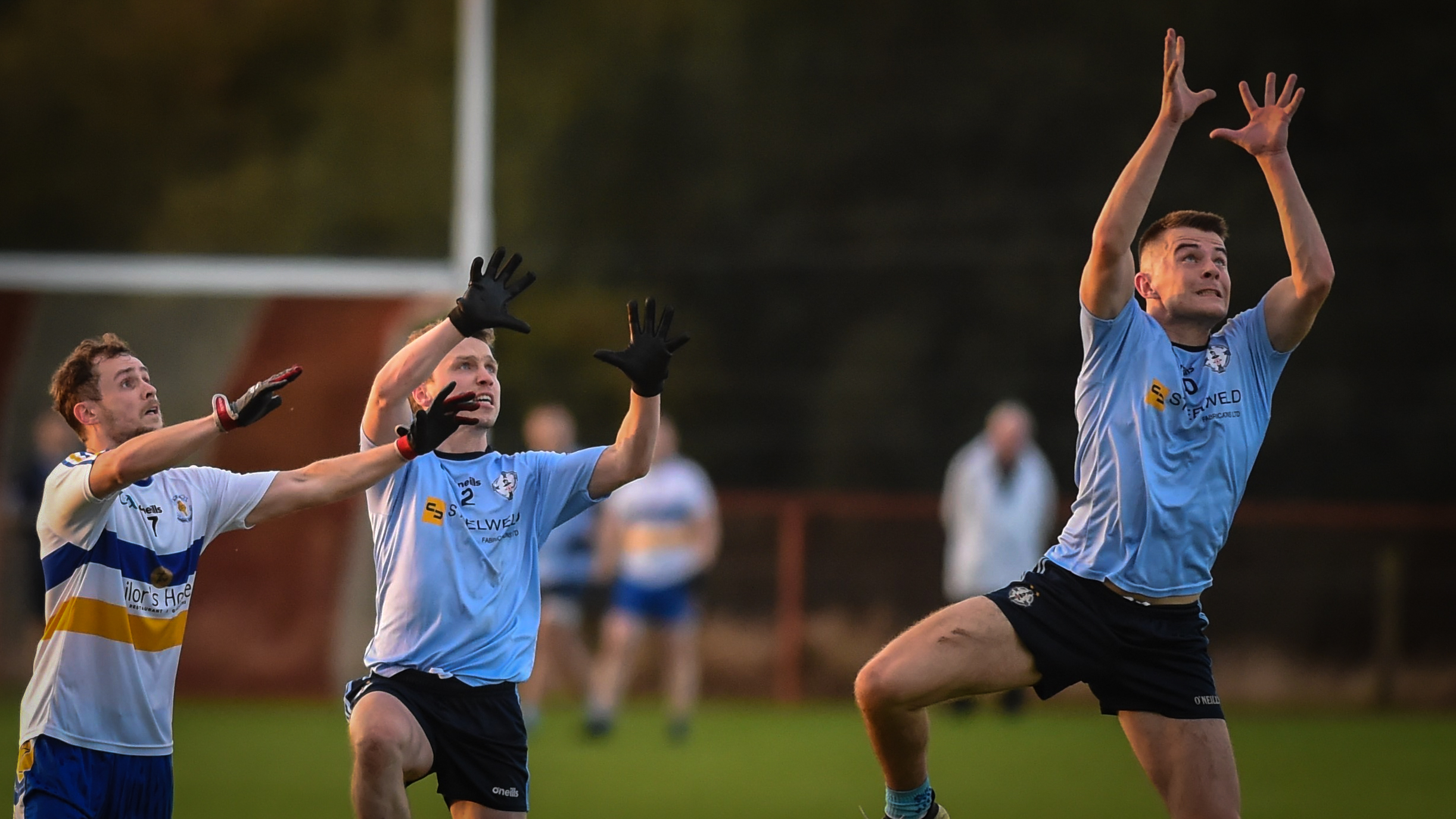 If Cookstown have any ambitions beyond the quarter final of the Tyrone JFC they will want to put in a much better performance than the one they displayed on Saturday night in Stewartstown according to Ryan Pickering when we interviewed him after the game. The Fr Rock’s men struggled to fight off a physically strong Errigal Ciaran side who if they had showed a little more ambition might well have caused an upset.

Matthew Carberry opened the scoring for the Fr Rock’s side in the second minute from a free and the same man was on target from another free kick in the 8th minute of the game. Two points from DD McDermot and Caolan Tierney had the side level for first time in the 18th minute. Both sides went on to share the next four points with Carberry again accurate from the dead ball and Sean McLoughlin clipping over one from play. Errigal’s brace of point during that period coming from Emmett Hackett.

As the game approached the break with both sides on 0-4, Matthew Carberry fired over another free and a couple of minutes later Errigal keeper Conor McAnenely over carried the ball in the small parallelogram and Cookstown were awarded a penalty. The spot kick was despatched to the net by Barry Potter to leave the half time score Cookstown 1-5 Errigal Ciaran 0-4.

The first eight points of the second half were shared with Carberry (2), Ryan Pickering and Barry Potter on target for Cookstown and Conor McAnenely, Niall Quinn, Emmett Hackett and Jody Farrell all finding the range for Errigal.

Farrell’s 45th minute point would prove to be Errigal’s last. Cookstown found the range again the 49th minute through Peter McGurk and Errigal picked up two red cards either side of points from Marty Murray and Matthew Carberry. McGurk had an opportunity to rifle home a second goal for the Fr Rock’s in injury time but his shot smashed off the crossbar.