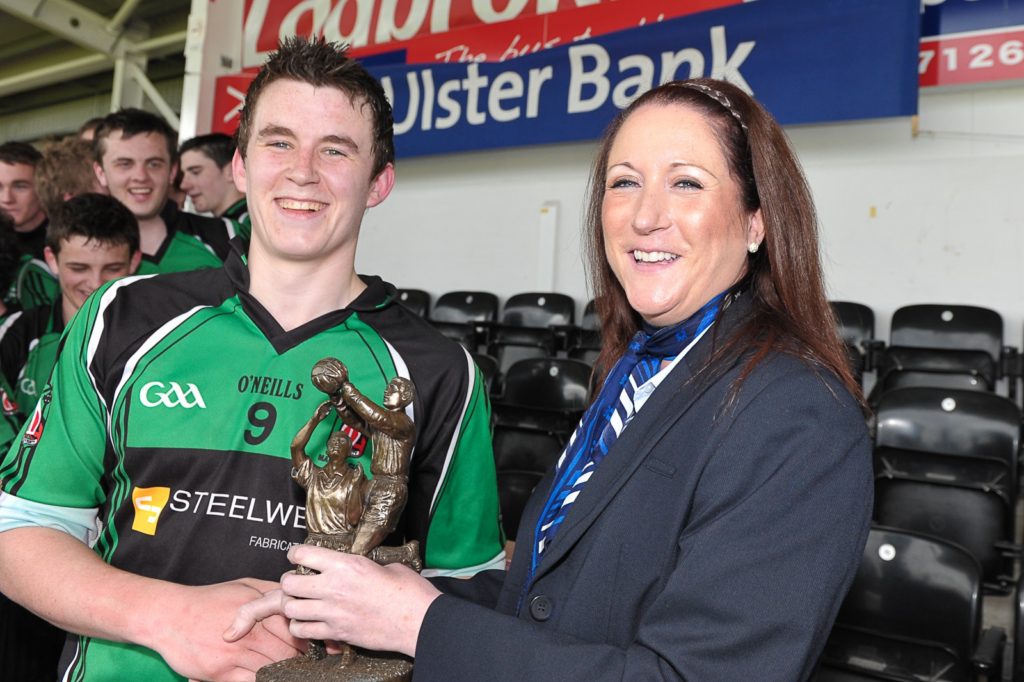 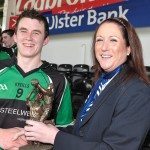 Holy Trinity College Cookstown lifted The Markey Cup today when they defeated Rosses Community School Dungloe in a highly exciting final played at Celtic Park. The Tyrone lads had trailed by a point at half time having played poorly by their standards in the first half but were a different side in the second half and inspired by the superb Shea Coney they edged out their Donegal opponents 1-14 to 0-13.

It was the Dungloe lads who started best as they went two points ahead in the opening three minutes but they were pegged back on their heels in the fifth minute when Brendan Burns struck a rocket of a shot to the net. Cookstown failed to build on this goal however and by half time Dungloe led 0-8 to 1-4 and were full value for their lead with the highly influential Owen Redmond the best player on view.

It was Holy Trinity who started the second half stronger however and within five minutes they were ahead after points from Conor Mc Aleer and Shea Coney.To their credit Rosses refused to buckle  and with Redmond and Shean Boyle in good form they kept the game tight and competitive.

As the clock ticked towards the sixty minutes points from Coney, Matthew Heagney and Burns meant Cookstown had established a five point lead and seemed destined to lift the trophy. However the Donegal lads rallied and points from Conor Breen and Sean Boyle left only a goal between the sides.

Just when it seemed nerves might get the better of Holy Trinity that man Shea Coney stepped up to fire over the insurance point as Cookstown held out for victory and wild celebrations.