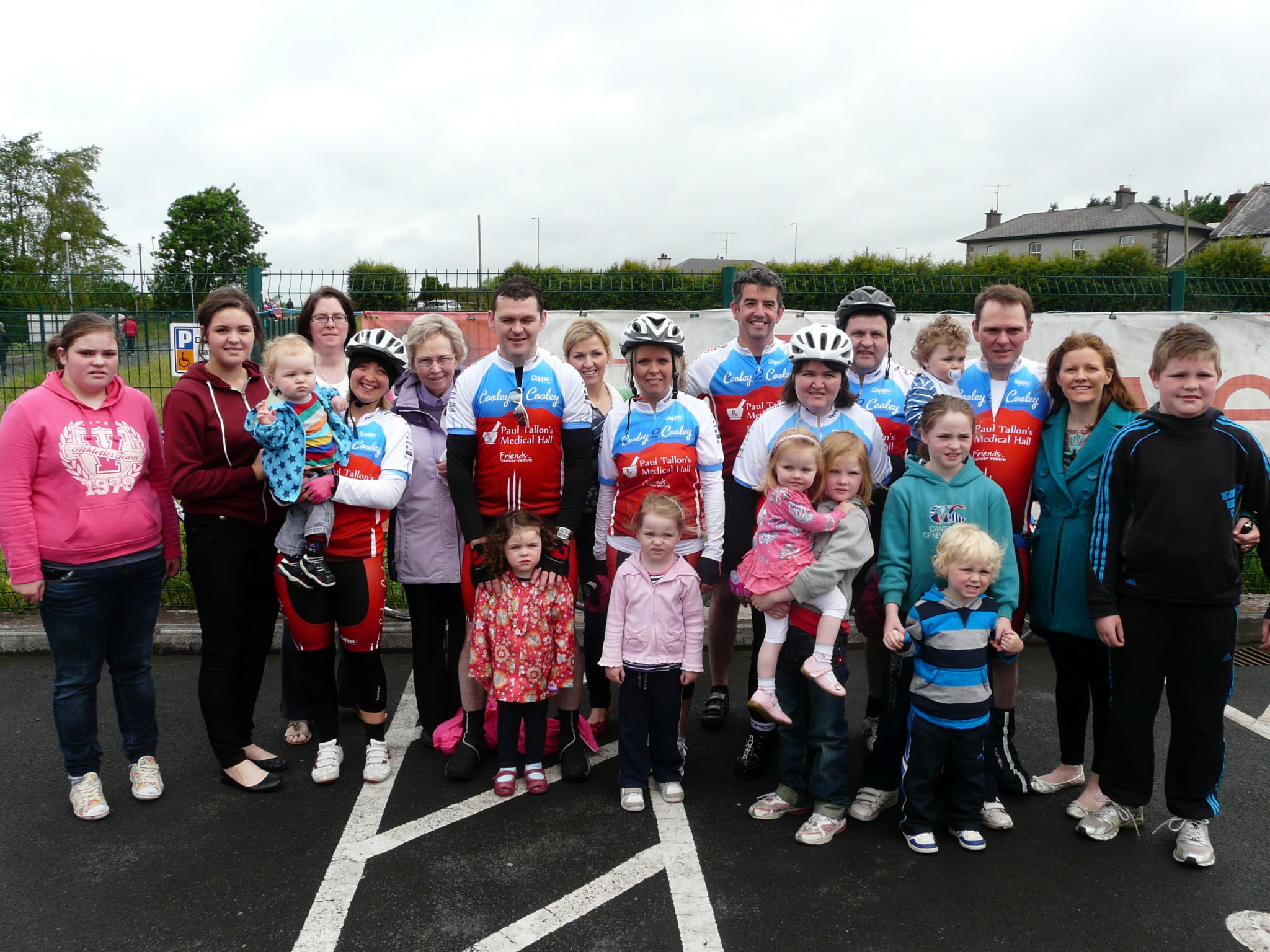 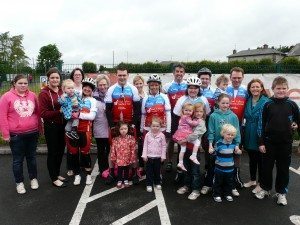 St. Mary’s Park came alive on Sunday evening as the 147 cyclists made a triumphant return to Beragh. The weekend of 23rd & 24th June 2012, will never be forgotten as the Beragh Red Knights and Brackey Handball clubs came together, for an incredible weekend that was the Cooley2Cooley Cycle Challenge.

The weekend started shortly after 9am on Sat 23rd June. All cyclists left St. Mary’s Park in the townland of Cooley and headed for Sixmilecross. Here they assembled and commenced their cycle in a staggered system, with their respective teams. What lay ahead was 70 miles of tough cycling. Their first hurdle was the Cloughfin hills, then through Eglish and Armagh, over the undulating hills in South Armagh to Ballymacnab and Newtownhamilton, before finally reaching Dundalk and the wonderful sight of the Cooley mountains. Cooley Kickhams generously provided the overnight shelter for the weary travellers who took great pride in having reached their goal of getting to Cooley. Everyone was treated to some great food and a presentation was made to the late Fr. Mc Parland’s family from both the Beragh club and Cooley Kickhams. A friendship has been forged between both clubs which is sure to continue for many years to come. 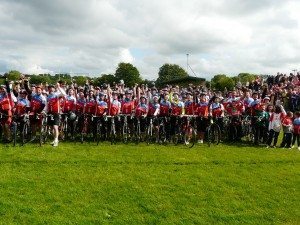 Day two was to be another arduous and challenging 74 miles trek. The return cycle commenced just before 9am on Sunday morning. With the sun on their backs (but with the wind in their faces) the cyclists slowly cranked out the miles knowing that with every turn of the wheels they were getting closer to the finish line. After brief stops in Sliverbridge, Ballymacnab and Aughnacloy, all they had on their minds was to get back to Cooley in Beragh. Each team arrived outside the village and prepared for the reception at St. Mary’s Park. With a convoy of cars, vans and motorbikes leading the way, the cyclists completed their epic journey, as a unit, down through the village.

The cyclists’ family and friends eagerly awaited their arrival striving to catch a glimpse of their loved ones. Emotions ran high and as they appeared they received a rapturous welcome. The cyclists’ were filled with relief and pride in their fantastic achievement which was made even more emorable when you consider that the majority of them only started cycling when the Cooley2Cooley event was launched. The evening concluded in the club with a very successful BBQ, lively music and a great night’s craic. 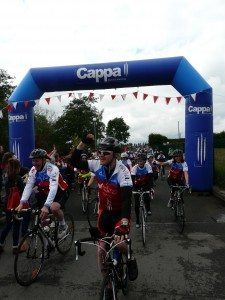 Cooley2Cooley has been a tremendous success for raising funds for both clubs and ‘Friends Of the Cancer Centre’. Many thanks to everyone who have helped in any way over the past few months and for everyone who took part in the Cooley2Cooley, it will be talked about for years to come.