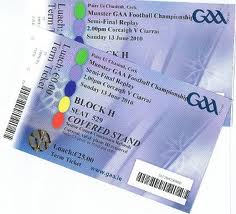 The Tyrone County Board have taken the step to launch a Power NI Tyrone Championship Season Ticket for 2012.  The season ticket will get the buyer into ten championship games of their choice (excluding the County Finals) over the upcoming Power NI Junior, Intermediate or Senior club championship season.  The cost of the ticket is £55 however Power NI have agreed to pay £5 towards the cost of a ticket if you are one of their customers.

“We decided to launch a season ticket in response to the hard economic climate that our members are currently facing. We are delighed that Power NI are back on board with us once again this season.  The ticket will cost Power NI customers £50 and that means some people could gain entry to a double header normally priced at £7 for just £5.  The Power NI Season Ticket will provide a potential saving per person of up to 25% if people use them up to the semi-final.  We think people will agree that’s a fairly significant saving and we hope will be attractive to Tyrone people in the county. ” 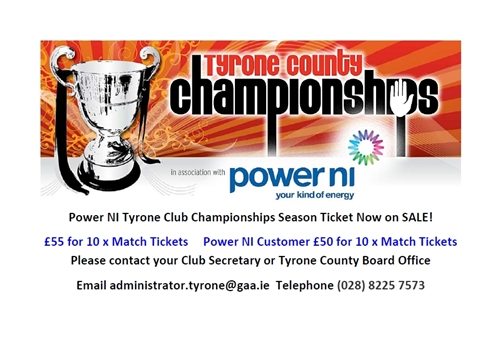