County U14 Camogie Side Defeats Mayo 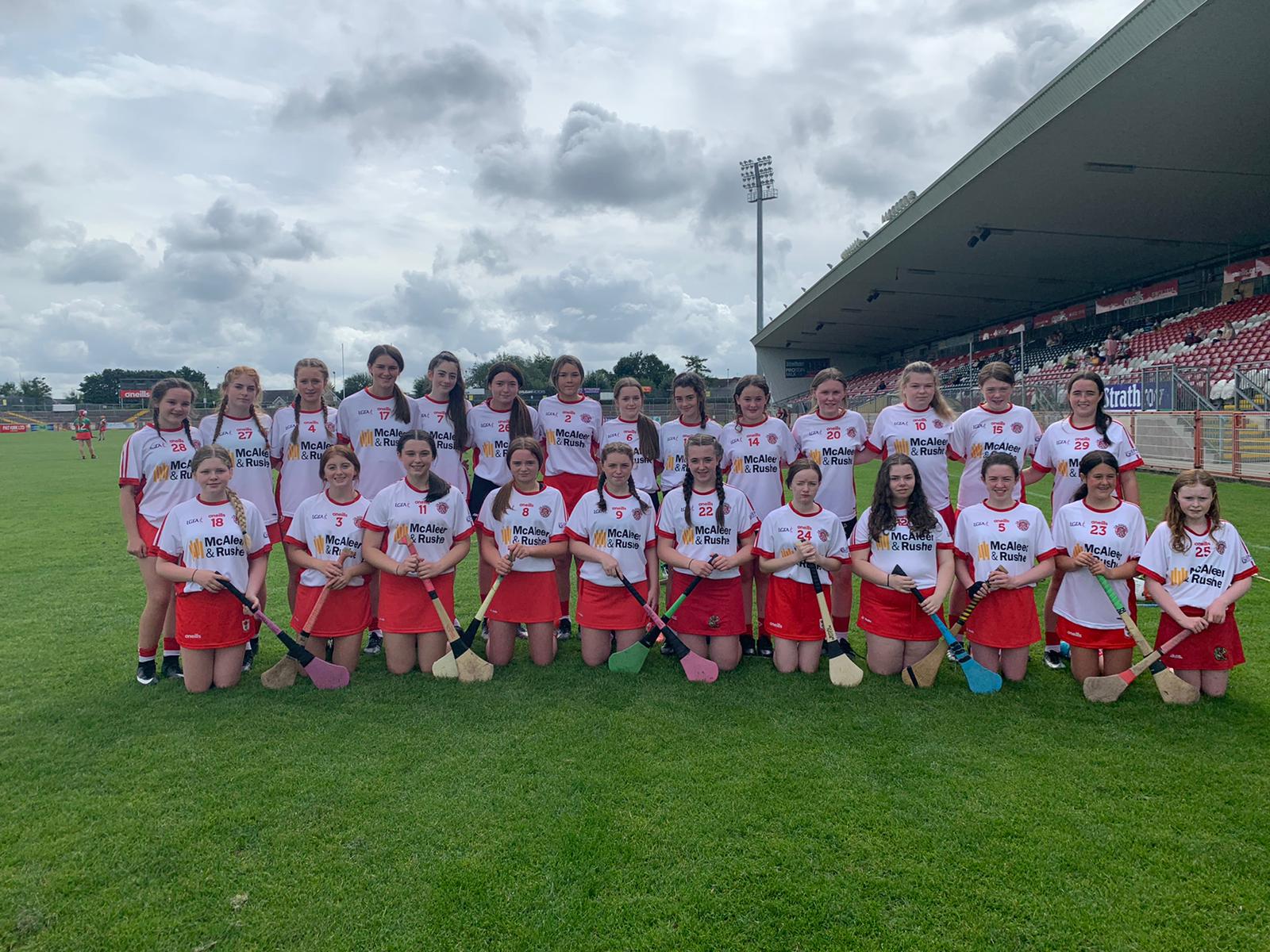 While their senior counterparts took on Mayo in Tooreen, the Under 14 Development Squad made the most of a rare opportunity to take to the field in O’Neills Healy Park.

Brocagh’s Cora Quinn, who has recently returned from injury. Got the ball rolling while Caoimhe Nelis in goals made some great saves from a very sharp looking Mayo side. Tyrone’s tackling was excellent all over the field, notably from Holly Croucher and Clodagh McKernan. Clara Doherty showed impressive skill and confidence in the middle of the field.

By the first waterbeak Tyrone were up by 1-3 and it looked like they might cruise to victory. Mayo took to the pitch following the water break with more composure and quickly narrowed the score difference to 2 points. The real diference for the Red Hands came from the consistency of Edendork’s Catherine Moohan with regards to frees and 45’s. Approaching the break, Mayo were on the offensive but Alana McGeary, Aimee Devlin and Una McCrory remained relentless in defence to help send the teams in at the break with the score: Tyrone 2-5, Mayo 1-1

Following the break, both teams ran their benches and this period saw some great blocking and tackles from all the young players but even with a late rally from Mayo the more consistent work from Tyrone, including a burying of a rebound ball into the net in the final minutes was a fitting end, leaving the home team the deserving winners.