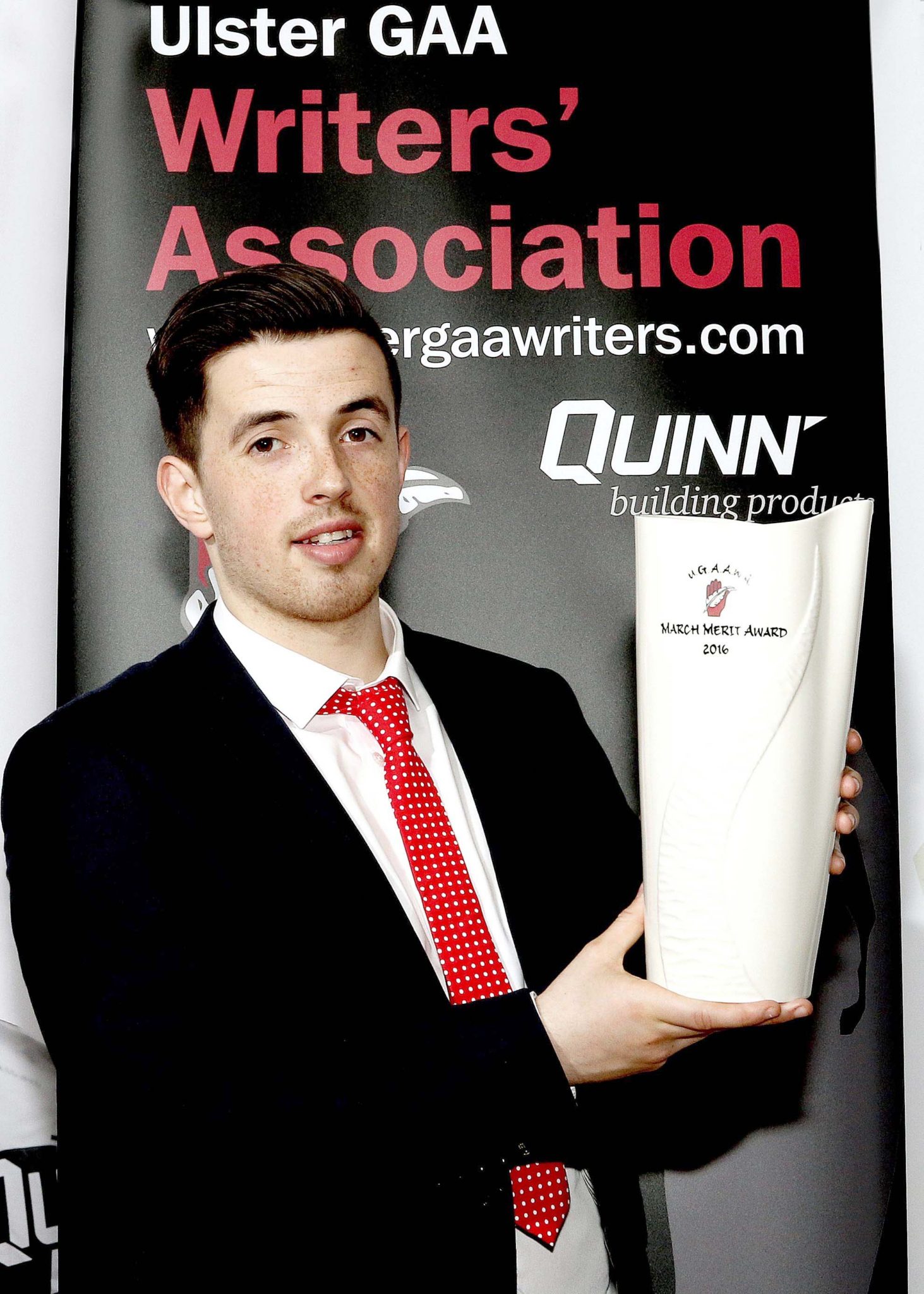 Very few members of the Tyrone panel can be sure of getting the nod from Mickey Harte before a game. There are too many players in the squad all straining every muscle to try and keep their places for any complacency to creep in. Ronan O’Neill will agree with that reading of the situation.

After finding himself benched for a time he had to fight hard to battle back into the team but, when he managed to do, so he grabbed his chance in a tight grip. He made the minutes on the field count and, because, of that, he has emerged as the Quinn Building Products UGAAWA Merit Award winner for March.

It was a busy month in many grades of the GAA with the National Football and Hurling Leagues mixed in with the Ladies’ National Football League, All-Ireland Club Hurling Championship, various All-Ireland Handball Championships and a series of schools’ competitions, including the Dr MacRory Cup final and Dr MacLarnon final. However, from the web of action, RONAN O’NEILL (23) emerged as he helped Tyrone to the top of the Allianz NFL Division Two pile.

“I was playing catch-up and had to prove myself, again. I got a few starts in the McKenna Cup and I worked hard to get back into favour,” says the Omagh St Enda’s player. “Tyrone has a quality squad just now and it is difficult to hold one’s place in the team, so I was glad to get the call again from Mickey and I aimed to make the best of it. Hopefully, I can carry on from here and maintain my form. I’m working very hard to keep pace with the rest of the squad.”

Working hard includes lots of personal practice at free-taking, apart from what goes on during the squad sessions, and that showed during his National League appearances as, in that competition, he scored 1-23.

Awards are nothing new to the Holy Trinity Cookstown PE Assistant. He won the UGAAWA Merit Award for August 2010, as well, after a great performance in the All-Ireland MFC semi-final and he won every underage medal in Tyrone twice. He also won Ulster MF and U21 medals with St Enda’s plus a Tyrone SFC award and he won Ulster and All-Ireland MF trophies with Tyrone – as he says “a big selection of awards”.