Home | COUNTY|Opel Player of The Month Award For Ronan O’Neill.

COUNTY|Opel Player of The Month Award For Ronan O’Neill. 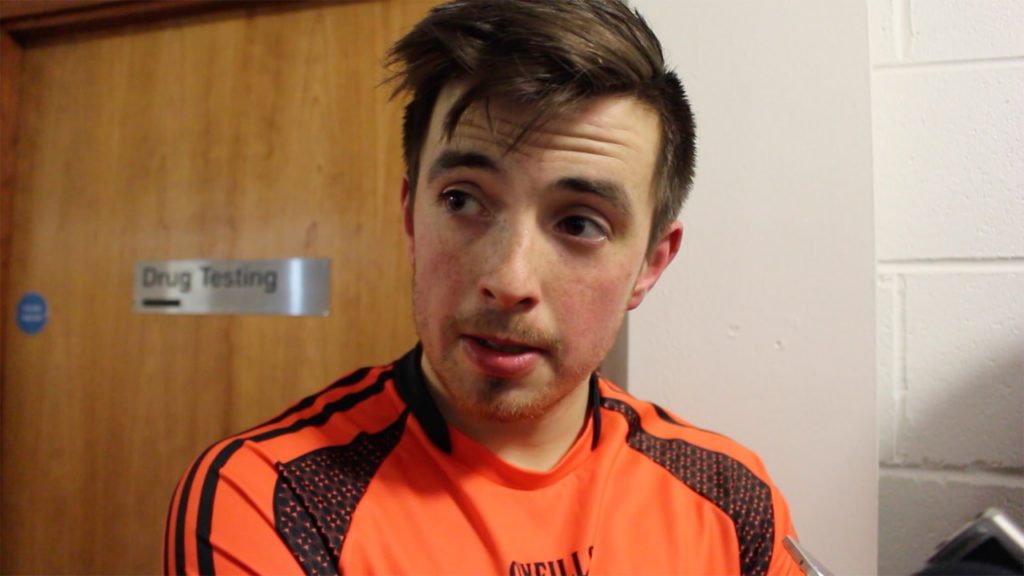 Opel Player of the Month Award

Ronan O’Neill of Tyrone and Westmeath’s Derek McNicholas have been named the Opel GAA/GPA Players of the Month for May in football and hurling respectively. Nominated by an independent panel of experts and chosen by the inter-county playing body, the players will be presented with their award at a reception in Croke Park on Wednesday 8th June.

Tyrone’s Ronan O’Neill underlined his prowess getting the Ulster SFC opener off to a powerful start scoring two goals in the first 20 minutes to leave Derry with a mountain to climb. The sharp shooting corner forward heralded the resurgence of Mickey Harte’s team as real contenders in this season’s championship as the team polished off their opponents with 11 points to spare on a final score of 3-14 to 0-12. More exceptional play is expected from the Omagh player when Tyrone next take to the field in the Ulster SFC semi-final against Cavan. 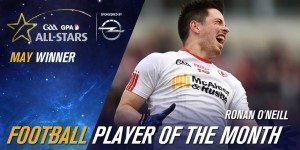 Commenting on the announcement, Dave Sheeran, Managing Director, Opel Ireland, said: “Congratulations to Ronan O’Neill and Derek McNicholas who have been singled out by their fellow players in recognition of their superb performances in recent weeks. Worthy winners of the Opel Player of the Month title for May, I’d like to take this opportunity to wish both players and their inter-county teammates the very best of luck in the championship season ahead.”

Uachtarán Chumann Lúthchleas Gael Aogán Ó Fearghail said: “Both Ronan and Derek helped illuminate the early part of our championship season with high quality performances. To be selected by your peers is always an additional honour and both are fully deserving winners. I congratulate them both and once again acknowledge the ongoing support of Opel and their Managing Director Dave Sheeran.”