Home | Craic In the Brack Is Back!

Craic In the Brack Is Back! 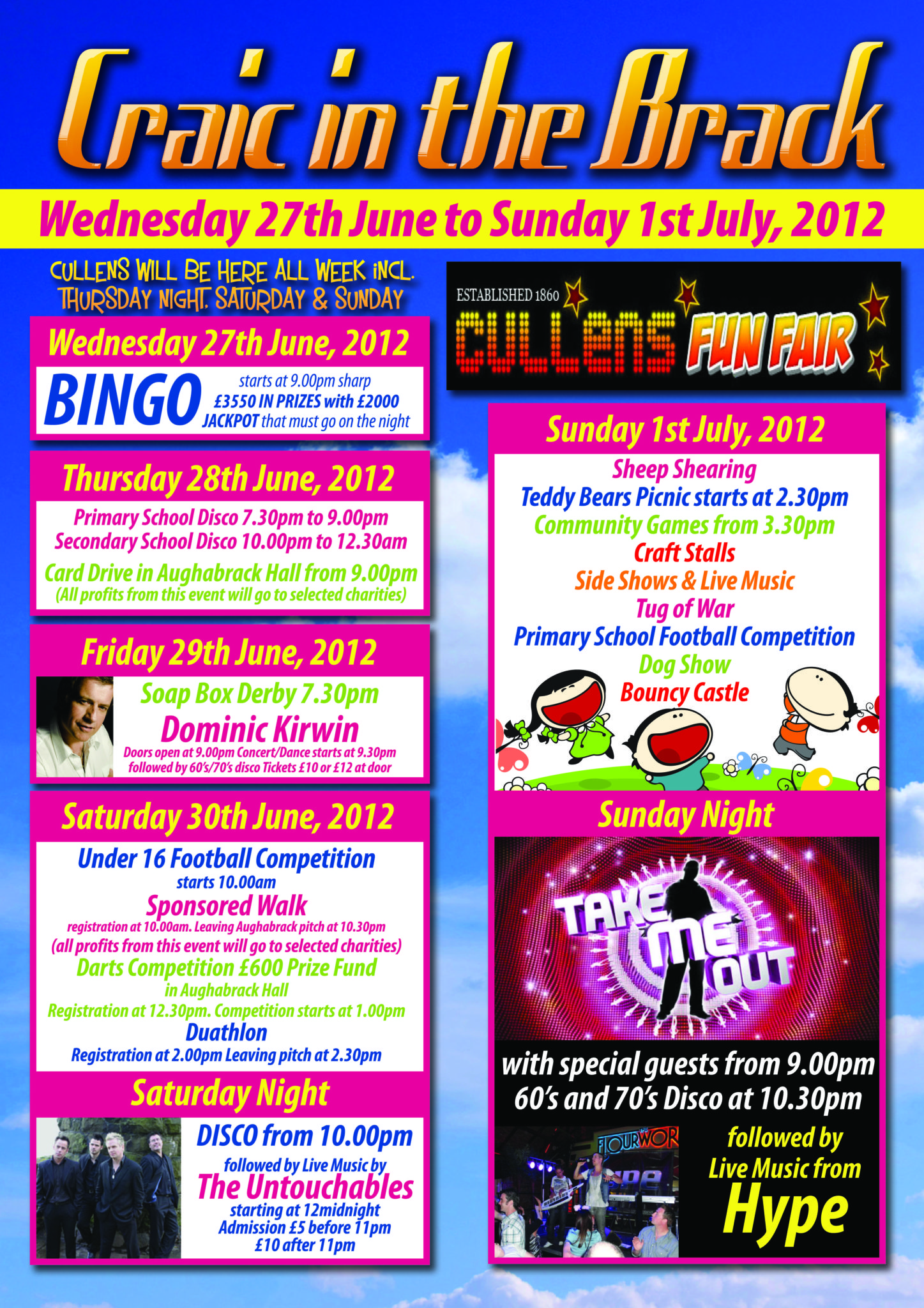 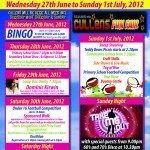 The Craic in the Brack festival is now entering its 15th year in existence and what started out as a small local event focusing on the communities in and around the Aughabrack and Dunamanagh area has grown dramatically, now attracting people from all parts of the North West of Ireland. Once again, this year’s festival will provide entertainment for both the young and the young at heart.

Events commence on Wednesday the 27th of June with the massive “Must Go Bingo” with a prize fund of £3550 and a guaranteed jackpot of £2000.

There will be an Under 18 beach party and fun fair with Cullen’s amusements on Thursday the 28th. Thursday will also be a 25 card drive in Aughabrack hall with all profits going to designated festival charities.

On Friday evening there will be a soapbox derby, followed by a big country night in the marquee with the fabulous Dominic Kirwan

Saturday morning will see a change in focus with several top rate sporting events, including

On Saturday night the spotlight will fall on the fabulous Untouchables. The entertainment starts with a disco at 10pm. Admission will be ½ price until 11pm.

Sunday hosts the traditional family Fun day with loads of free entertainment for the kids, including face painting, Teddy bear’s picnic, bouncy castles and community games. The adults will not be left out with sheep shearing, Tug of War, live music, local crafts and numerous side shows taking place throughout the site.

The event will finish up on Sunday night with Take me Out followed by a 60’s, 70’s disco and live music by Hype.

This year the festival committee are delighted to team up with Cullen’s amusements, who will be in attendance all weekend.