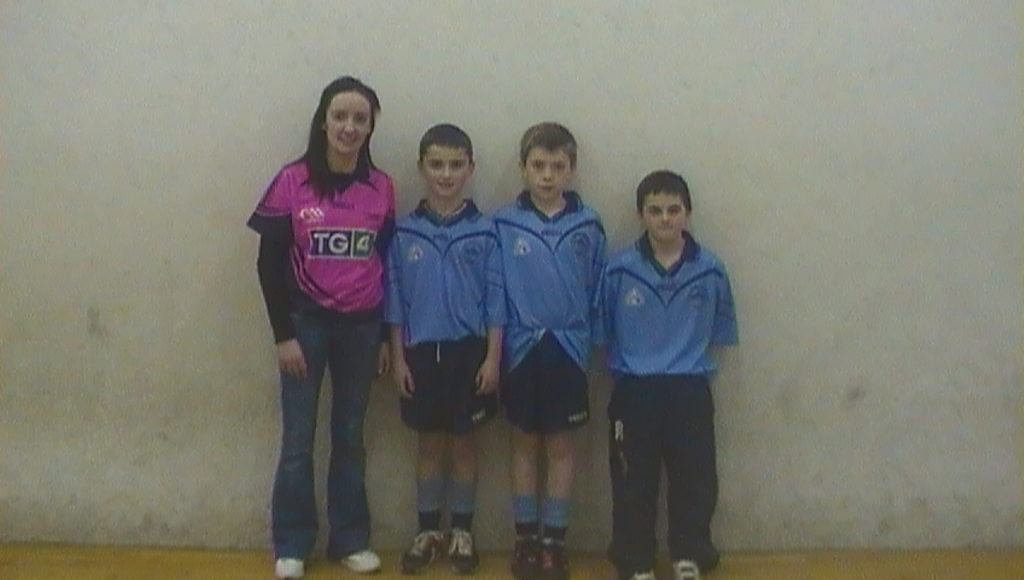 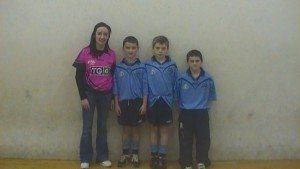 The Tyrone Cumann Na Bunscoil Handball Finals (40×20) took place today in Carrickmore, with a fantastic display from our future stars on show. A total of 8 schools were represented and it was rewarding to see the addition of the new boys on the block – Stewartstown, who were participating for their first time. Stewartstown have joined the schools handball craze which is swooping the country and have fitted a one wall court in their school gymnasium. With courts being built in Derrytresk, Naomh Colmcille and Omagh, the future of Tyrone handball looks bright.
A large crowd attended the finals to support their school representatives and there was a fantastic atmosphere in the complex as several finals went down to the wire.
A special word of thanks to Martin Mullan for his continuous support and work in schools handball.
All winners now go forward to represent Tyrone at the Ulster Finals on the 24th March in Belfast.
Winners
Under 11 Boys singles – Lorcan Mc Bride Carrickmore
Under 11 Boys doubles – Patrick Curran and Diarmaid Gallagher
Under 11 Girls singles – Mairead Fox
Under 11 Girls doubles – Elizabeth Mc Garvey and Emer Kerr