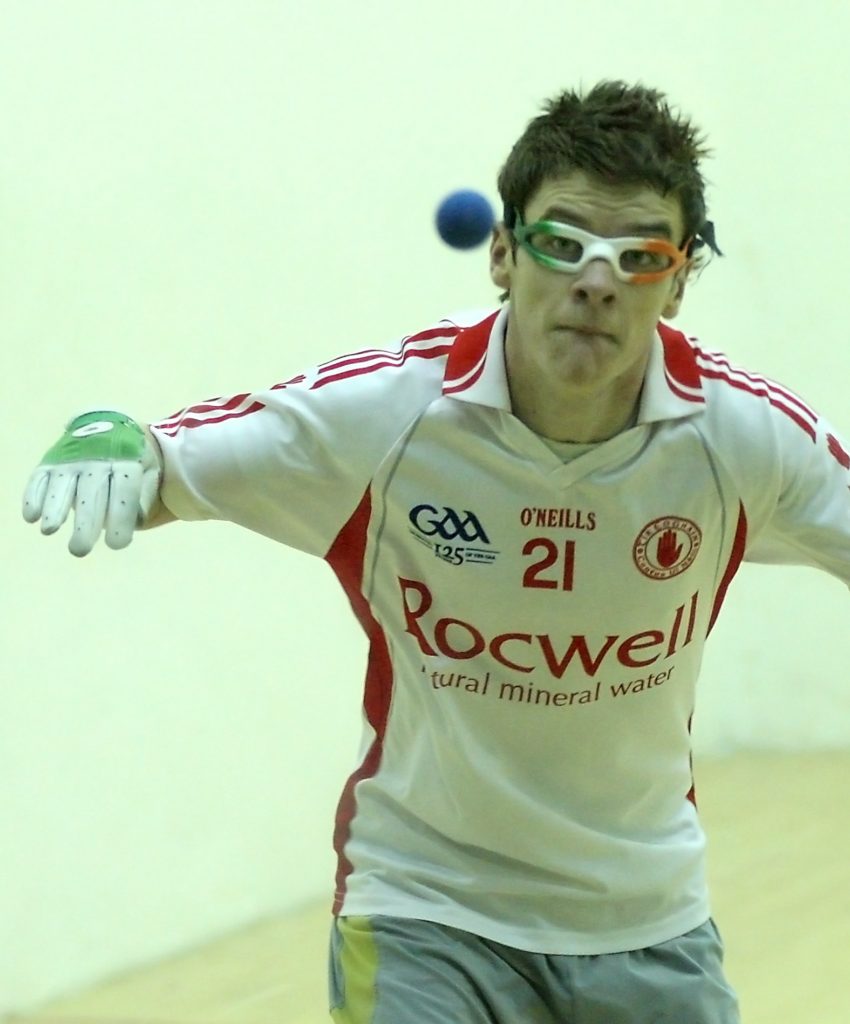 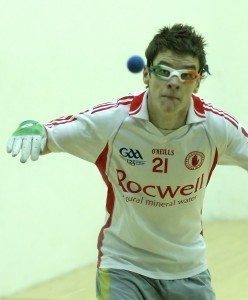 The goal for Ireland’s brightest young handballing talent has always been the target of making the transition into the elite grade and gaining senior prestige.

Two of those players in action this weekend and in opposing corners are provincial intermediate winners, Ulster’s Caolan Daly and Connaught’s Martin Mulkerrins.

With the 2012 GAA Handball All-Ireland 40×20 championships narrowed down to the final four provincial winners in all brackets, one battle which has grabbed the attention of the Irish handball fraternity is the clash of former All-Ireland minor winner in both 60×30 and 40×20, Galway’s Mulkerrins who goes head to head with former USHA 19 and under champ, Tyrone’s Daly.

Mulkerrins will have been given a huge boost ahead of this intermediate semi-final fixture after he defeated the highly rated Daniel Cordove (University of Texas – El Paso) in the 2012 USHA Collegiate Championship final in Springfield, Missouri last weekend.

Just last Sunday evening, the Galway man representing UCD won the Men’s Open title 21-8, (12-21), 11-10 where Mulkerrins had to dig deep as he trailed 10-7 in the tiebreak to edge victory 11-10. That will have been a huge character building experience for the composed and smooth talent from the Moycullen club.

Home advantage for Mulkerrins may also provide yet another plus in this intriguing contest where the winner will get a shot at the intermediate crown and more importantly a chance of achieving senior status. “I’m delighted with the win in the USA. I have been putting in a lot of training and it is nice that it has paid off. I think I played reasonably well, the courts were great and the ball wasn’t too bad to get used to and thankfully it all went well,” said the modest Mulkerrins.

“The final was really tough and Cordova played really well and I was very lucky to win as he had some great chances to end the game and the match at 10 to 7 up in the tie breaker. It has helped my championship preparations in so far that I got lots of game time and came through some close games which will hopefully stand to me.”

Mulkerrins and Daly are well aware of each other’s game plans and the Galway man knows that another demanding examination lies in store in his home court on Sunday. “The championship has gone well so far. It’s only my first year out of minor so to get this far has been great and I am looking forward to the game with Caolan this weekend. He is a very good player and athlete and it should be a very good game.”

Daly has displayed outstanding athletic qualities both on the court and on the field of play with his Gaelic football club, Carrickmore in recent times. He possesses two excellent hands, will chase down every ball and will fight to the bitter end, ensuring a close call.

Male and female provincial champions will compete in over twenty grades at sixteen venues across Ireland this weekend with the men’s open doubles round 2 and the ladies open singles quarter final matches also down for decision.