The Tyrone U16 Vocational Schools final will be a novel pairing between St.Josephs Coalisland and Dean Maguirc Carrickmore after the latter defeated St.Ciarans Ballygawley at Loughmacrory on Monday afternoon. The winners got off to a great start with goals from full forward Niall Grimes and Owen Mullan and they never looked back. Midfielder Ronan Nugent converted a long range free for St.Ciarans but another Grimes goal left the Dean well in control at the break leading 3-4 to 0-3. In the second half Dean Maguirc always managed to keep their opponents at arms length with substitute Ryan McGarrity scoring twice and Ruairi Begley also on target.   St.Ciarans came with a late rally that yielded goals from Pauric McAnenly and Ryan McAnespie but it was only academic at that stage as the Dean had already secured their place in the decider which is likely to take place as a double header along with the U14 final under lights at Healy Park next week. Dean Maguirc will hope to be doubly represented on that occasion but they first have to get past St.Ciarans in the U14 semi final replay which takes place tomorrow [Tuesday] at 1.45 in the Rock. 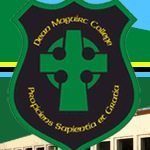