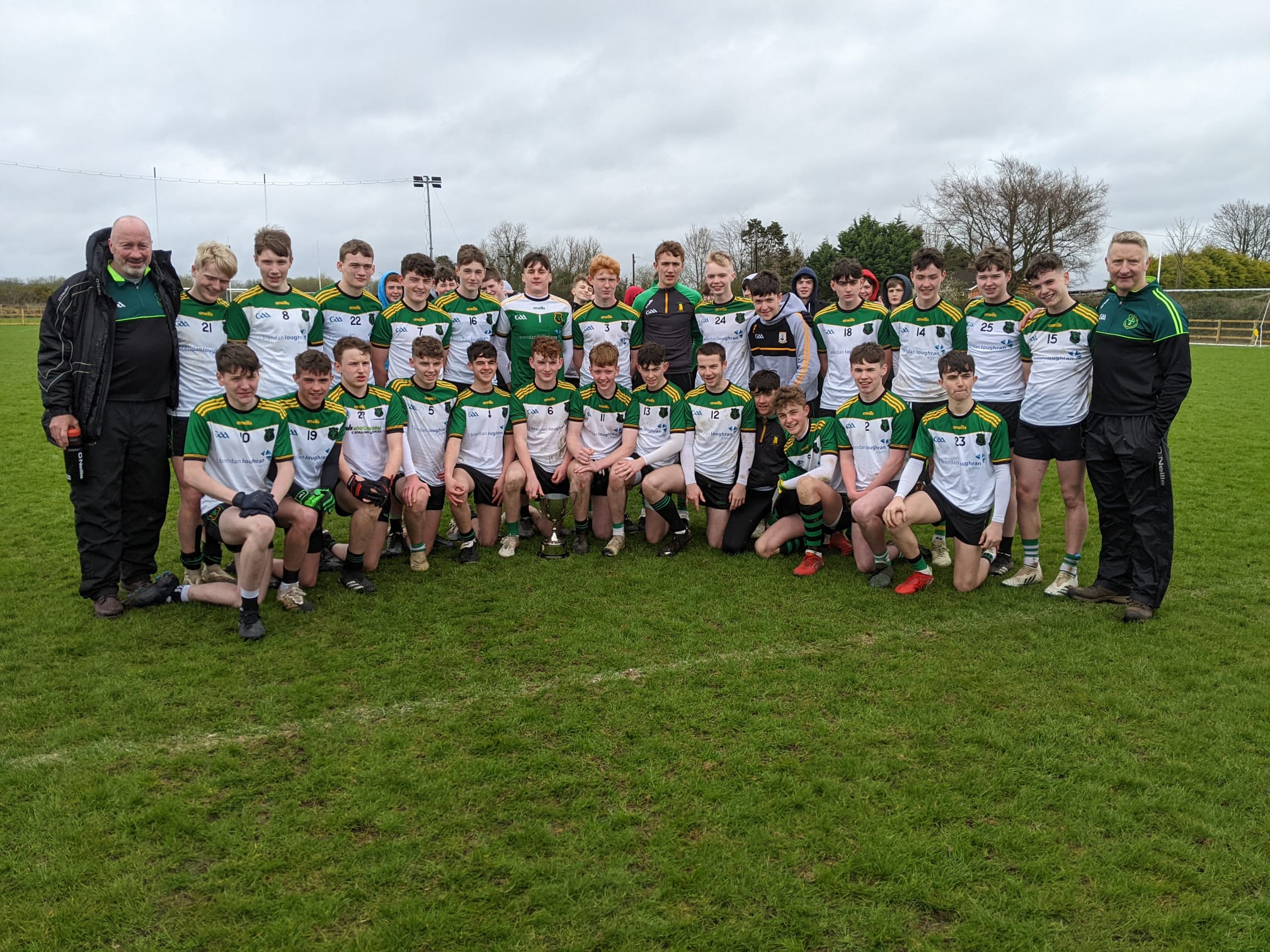 Fittingly the Pat King Cup, named after the former Trillick and Tyrone legend, will spend the next twelve months in the Red Hand County after Dean Maguirc Carrickmore produced a fine display to overcome Pobalscoil Ghaoth Dobhair in the decider at Lifford on Tuesday afternoon.

It was a contest that Enda Kilpatrick and Gavin McElroy’s charges were always in control off and they laid the foundations for their victory in the first half as they established a 2-7 to 2-2 lead despite having played against the wind. The Donegal lads had scored two late first half goals to give them some degree of hope but that was extinguished in the second period by a good all round team display from the winners. Ferdia Rafferty played well in goals for the winners with Padraig McDonald, James McCallan, Sean Og Teague, Kevin Cuddy, Aidan Woods, Michael McGlinchey and Pierce Byrne all to the fore as well.

Points from Byrne and Cuddy were followed by a Shea Munroe goal as Dean Maguirc got into their stride early on. Martin MacGhiolla Chomhaill and Cathal O’Duibhir had points for Ghaoth Dobhair but efforts from Padraig McDonald, Sean Og Teague and James McCallan coupled with a Michael McGlinchey goal left the Dean well in control. The Donegal lads rallied approaching halftime with Cronan MacPhaidin converting a penalty and James O’Colla also raising a green flag to reduce the deficit to five points.

The winners got off to the best possible start when a shot following a scramble took a deflection of a Ghaoth Dobhair player on its way to the net. The Donegal lads hit back with a goal from defender Ciaran O’Domhnaill but against the elements they were always chasing the game. McCallan tagged on a brace of points for Dean Maguirc before McDonald got his side’s 4th goal of the afternoon. Byrne and MacGhiolla Chomhaill traded points but it was Dean Maguirc’s day and they clinched the silverware in style with a goal from Cuddy late on.