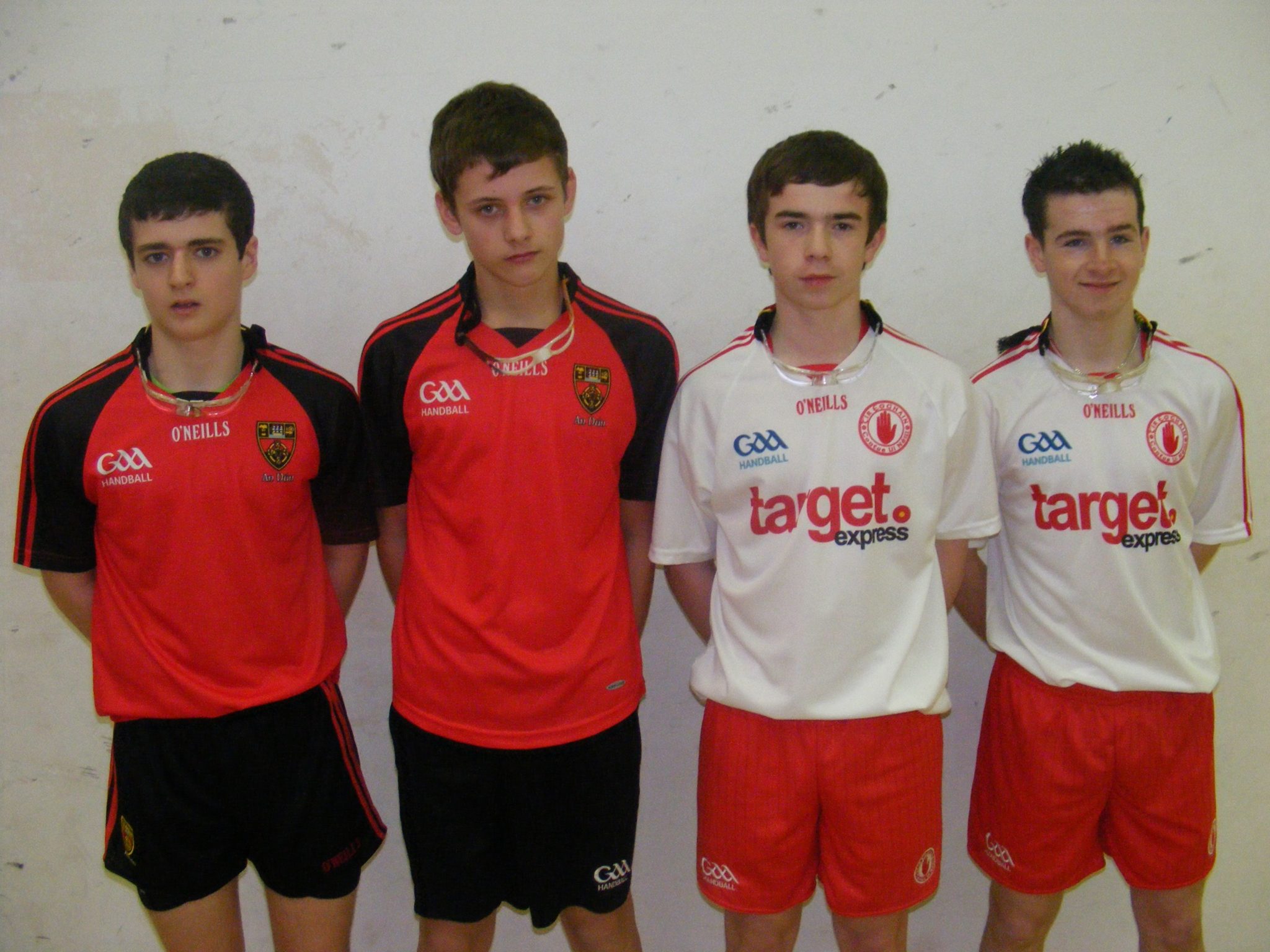 To lose an All Ireland final is always difficult to take but to lose one that you didn’t play particularly well in and still should have won makes it even tougher. This was the situation for Patrick Mc Crory and Pol Clarke when they lost their u16 doubles final to Clare’s Colin Corbett and Niall Bolton in St Coman’s Roscommon on Sunday. The Tyrone boys got off to a brilliant start with Pol Clarke’s low drive to Corbett’s left paying dividends. This together with some cracking kills from Patrick saw them take a commanding 13-1 lead. However the Clare pair are too good a combination to give up without a fight and they hit their own purple patch where they reduced the lead to 14-12 before the Tyrone lads regained the initiative to wrap up the first game 21-13. A right corner kill from Mc Crory taking the winning point.

The second game was much tougher but when Clarke and Mc Crory jumped from 4-5 down to lead 11-5 they seemed to have control of the game. At this stage more in desperation than anything else the Clare pair changed tactics and resorted to more defensive type of game. A high lobbed serve unsettled the Tyrone lads and Bolton and Corbett began to dominate. They were winning all the important rallies and making fewer unforced errors the end result being that they levelled the match 21-13 to force a tiebreaker

After coming back from the dead the Clare players started confidently but Mc Crory and Clarke held them at 4 points each before three Corbett kills gave the Munster boys the decisive break. A lucky fluke and an unreturnable serve saw them to 10 and though the Tyrone boys tried to the end saving 5 match points they could not prevent the title going south.

Although extremely disappointed to lose the Tyrone pair can take confidence from the fact that they are playing at the highest standard in juvenile handball and that as they progress to minor competition they will have many more chances at securing national honours. 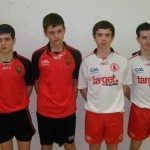