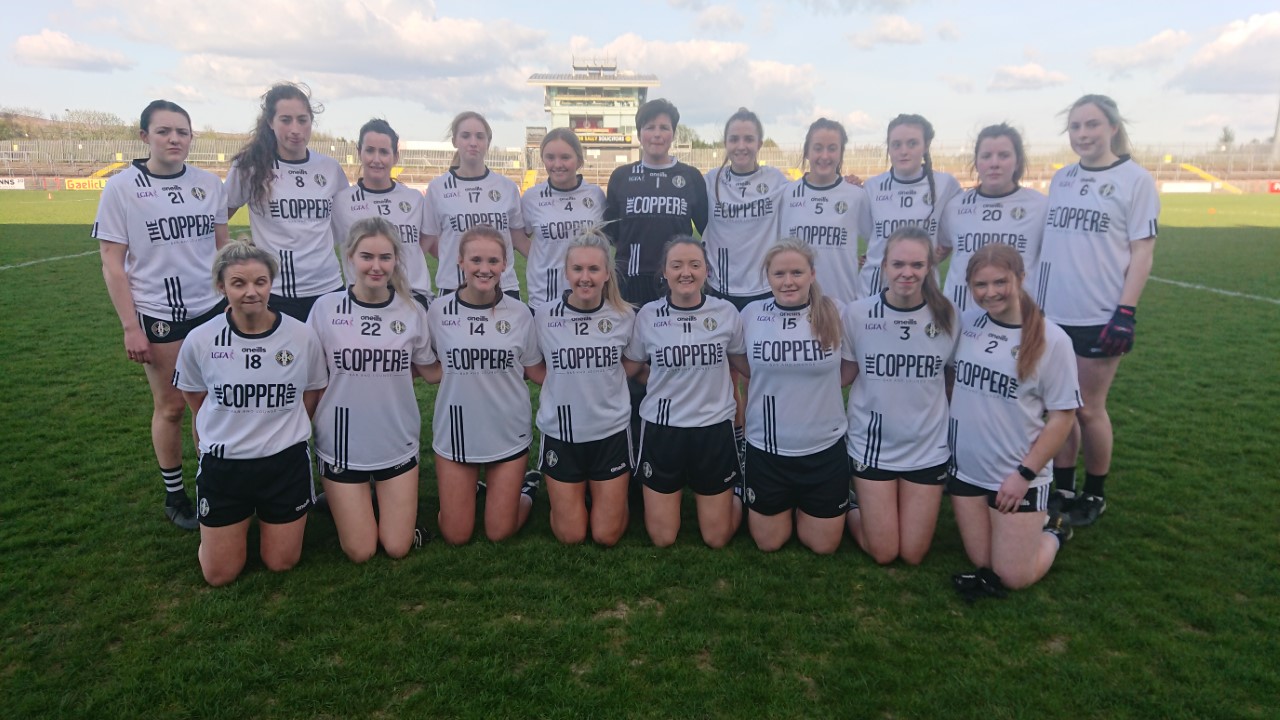 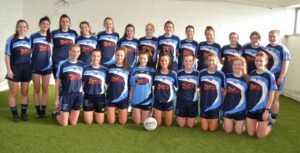 An entertaining encounter in Moy resulted in both teams coming away with a point after the game finished level 4-08 to 4-08. It was nip and tuck from the start, Cara Mulgrew opening the scoring for the Loughshore girls with a well taken point. Ardboe tagged on another point before Moy got off the mark with 1-1 in quick succession. Anna Quinn responded with a brilliantly taken goal for the Loughshore girls which left the the teams heading in at the break level 1-03 to 1-03. The Loughshore girls looked to have got on top in the second half with further goals from Anna & Britta Quinn and points from Niamh Teague and Mulgrew but Moy were clinical when they got chances at the other end clawing back a 4 point deficit at the death to earn a draw.

Goals From Sophie Kelly and Emer Mc Canny teed up by veteran Christiane Hunter in the first half saw Omagh lead 2-5 to 0-3 at O’Neills Healy Park as Glenelly who enjoyed plenty of ball  found the St Enda’s back line hard to break down.Louise Moynagh and Chiara Murray were both highly impressive for the hosts. Siobhan Sheerin and Maria Kennedy hit the visitors points as Kelly, Mc Canny Ella Miller and skipper Hunter tagged on home points.

Sheerin hit 1-1 after the break as Glenelly clawed their way back and with  six points in the game Sheerin had her penalty saved by Anne Cunningham although she did add a free in the final ten minutes of a low scoring half. Both sides pressed for scores as Kelly with a point and at the end Hunter hit the net to seal a good opening night win with plenty of positives for both sets of managers.

A leading performance from team captain Chrissie Devlin helped Moortown ladies open their 2022 Intermediate league campaign away to Edendork with a convincing 5:19 to 3:06 win.

Edendork got off to a great start getting their 1st point after just 16 seconds. But it was the Moortown ladies who settled into the game with great play from Emma Murphy, Chrissie Devlin and Sarah Devlin putting them on the score board after 3 minutes of play. Moortown took the lead with Caoimhe McNally’s debut for the senior ladies leading to a chance at goal only for Edendork to concede the goal themselves. Caitlin Crozier also debuting for the seniors had a great game at corner forward playing a vital role in their win.

Edendork came out fighting in the 2nd half but the stronger side took away the win with 4 2nd half goals from Caoileann Quinn, Sarah Devlin and 2 from substitution Donica Ryan. Team goalie Sinead McVey kept the Malachys ahead with several superb saves. Strong performances from the entire Moortown defence who battled hard from start to finish, with great work rate and precision passing.