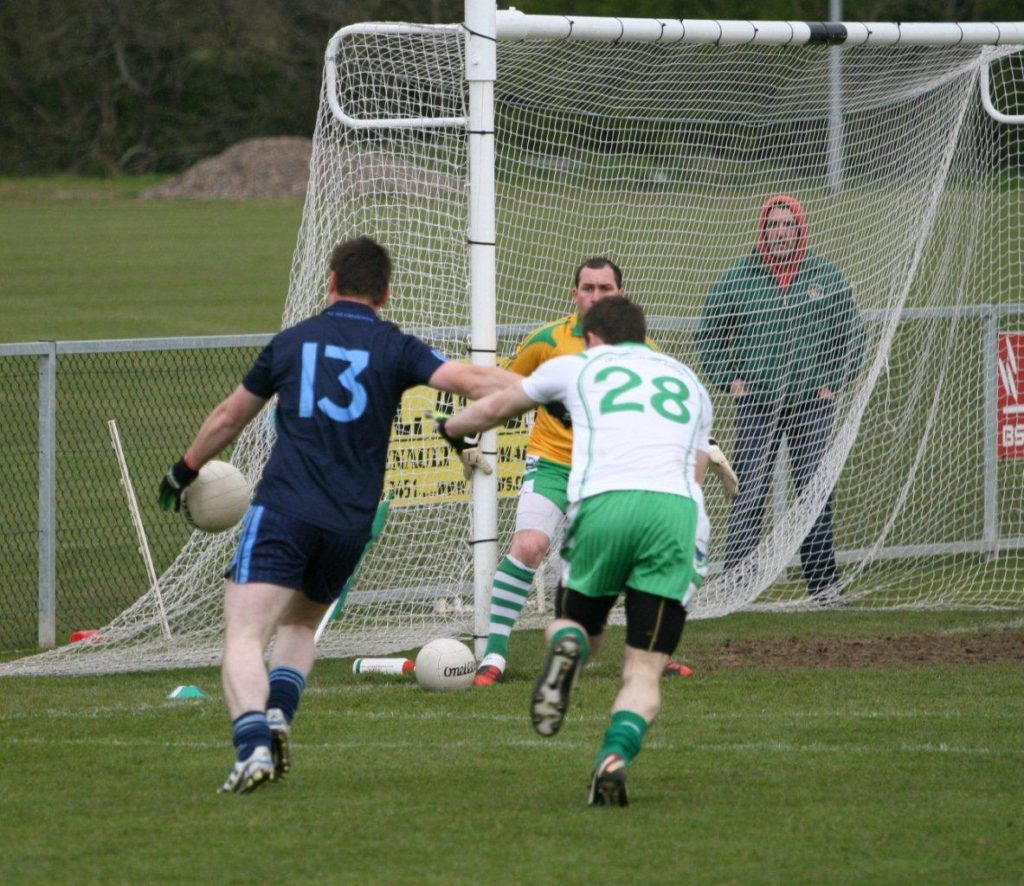 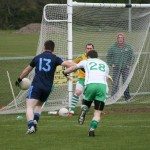 Ardboe made it two wins from two but they had to work hard for the spoils away to Kildress. The Wolfe Tones led at the break with Damian Kelly, Frank McGurk and Des Treacy among their points but the Rossas turned things around with scores from Frank McGuigan, Michael Hagan and John McConville to win 0-11 to 0-7.

Eglish hosted Moortown this afternoon and were convincing winners as they ran out 9 point winners.  Michael Jordan and Gregory Jordan got the two goals for the home side.  Eglish 2-5 Moortown 0-2

Killyclogher hosted Greencastle and held on for their first points of the season following a narrow one point win over Sean Teague’s men.  Simon O’Neill, Leo Meenan and James Carlin were among the point scorers for Killyclogher.  Greencastle remain one of four teams this evening without a point in the Division 1 table.  Greencastle 0-9 Killyclogher 0-10 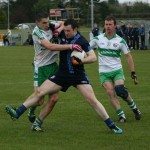 Coalisland have made an excellent start to the season with two win from two games both on the road.  Trillick were the unfortunate victims of a rampant Fianna outfit which recorded a 24 point winning margin.  Plunkett Kane scored two goals while Paddy McNeice scored the third goal for Coalisland.  Tillick 0-5 Coalisland 3-20

Omagh are among the teams yet to record a point in this years league after losing out narrowly to Clonoe in Clonoe.  The O’Rahilly men fought hard to win a very tight game and had second half goals from Emmett Teague and Eamon Hughes to thank to see them over the line.  Omagh’s goal was recorded by Conan Grugan and Jason McAnulla was among the point scorers for the St Enda’s men.  Clonoe  2-6 Omagh 1-8.

Donaghmore bounced back from their heavy defeat against Dromore last day out to earn a point at home to Errigal Ciaran today. Errigal led 0-6 to 0-1 after twenty minutes of the first half and were denied a goal on the stroke of half time following a goal line clearance from Damien Mc Caul. However Donaghmore put in a big second half and Shane Mulgrew (0-7) led the recovery. Both sides had chances late on to win it with the best falling to Ciaran Mc Ginley but a draw was probably a fair result. Peter Harte, Tommy Canavan, Ronan Mc Rory and Darren Canavan provided most of the scores and attacking threat from Errigal on a day when Davy Harte made his return to competitive action.  Donaghmore 0-10 Errigal Ciaran 0-10

Edendork some how conspired to lose to Derrylaughan after taking a seven point lead into the half time interval.  First half goals from Stephen Gervin and Harry Og Conlon saw them dominate the game early on.  However Shea Coney, Liam Gervin and Ciaran Gervin helped themselves to 12 second half points to take an unlikely victory away from St Malachy’s park.  Edendork  2-7 Derrylaughan 0-15.

Dromore and Carrickmore played out a 3-4 to 3-4 draw at Killyclogher in what some papers apparently were calling “The Game of The Day”. Well it turned out to be a rather tame affair in the end and the draw came as no surprise to anyone.