Home | Division Three Round Up

Division Three Round Up 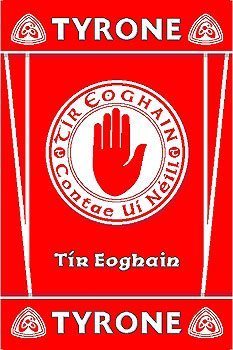 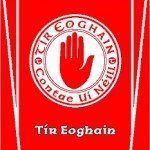 It finished honours even between Aghaloo and Brocagh after a highly entertaining encounter. Stephen Donnelly, Kevin O’Gorman and John O’Neill helped make up Aghaloo’s total with Michael Hughes leading the way for the Emmetts with Ciaran Campbell getting the only goal of the game as it finished 0-16 to 1-13. Tattyreagh travelled to Beragh hoping to bounce back from their opening day defeat and they did just that winning 1-12 to 1-10. Conor Taggart top scored for the visitors with Duncan Hyndman getting their goal while Martin Rodgers was the leading marksman for the Red Knights. For the second week running Killeeshil racked up an impressive tally as they beat Brackaville 2-14 to 1-6 away from home. Rory McCann and Shane Mallon got their goals with Kevin Hughes weighing in with a few points as well.

Dungannon played host to Glenelly at O’Neill Park and the Clarkes made it two wins from two with Paddy Quinn and Kiefer Morgan getting their goals in a 2-9 to 0-13 victory, Seamus Harkin among the points for the visitors. Clogher shaded the verdict against Dregish in a contest that saw four players sent off, Paul Tierney and Eamon McGovern among the points for their respective sides as it finished 0-10 to 0-8. Derrytresk have made a promising start to their campaign and they had a surprisingly comfortable victory over Fintona with Mickey Rea among the goals, Mark Donnelly on target for the Pearses. Drumquin are another side who have made a perfect start to the season with Eamon Teague featuring on the score sheet as they beat Owen Roes 1-10 to 0-7, Kieran Kelly among the points for the Leckpatrick men.